Create a dj mix (not live)

So I’m a hobby DJ and I mix live using Traktor. However, I also like to put DJ sets together off-line, and I used to use Mixmeister (RIP) for this, but then tried Ableton (free trial) and that worked really well but I can’t really afford it. Am hoping that Ardour will work for this. So I need to import tracks, scan them for beats so that they sit neatly into the existing time-grid (with some editing of transients usually, especially with vinyl recordings of old tracks) and then mix the tracks together perfectly beatmatched (setting individual levels, EQ, etc). Is this something Ardour can do? I’ve been playing with it for a few hours but can dinf any way to scan the track for beats and automatically sqyash/stretch so that it drops neatly into the grid. Am i in the wrong place?

maybe this internet link will help you.
https://discourse.ardour.org/t/timestretch-a-beat-sample-region-to-fit-project-tempo/80049

Seriously? How exactly will a thread from 15 years ago help?

You can do it in Ardour, just don’t expect things to be automatic like in Mixmeister.

Have a look at the manual:

The BPM detection could be done with some scripts. There are several alternatives. Here’s a thread where is discussed:

There are a few old threads on this issue (2008, 2011), but I could not figure out how the proposed solution work. One thread even says a new tool would be forthcoming to do just that and since it was Paul who said so in 2011, I’d pretty confident he did it. But I could not find it ;-( So again, if I import an audio file, then select a measure (by ear), how do I tell Ardour to set tempo accordingly?

A video example on tempo mapping (it’s on Mixbus but it’s applicable to Ardour too): 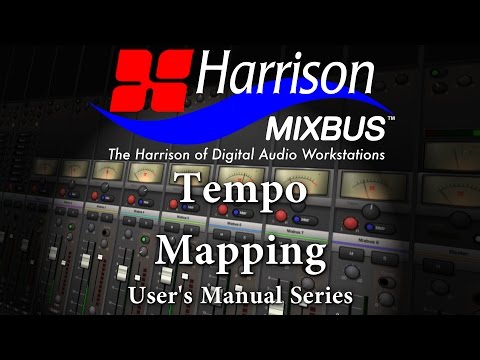 A similar case may have surfaced in 2007 that could identify with your case. Even if it’s not 100%. It’s an approach. If it doesn’t help you, at least it was worth trying to help you.

Sorry if that came across as snappy, but I was quite surprised no one had replied at all in 2 months. It put me off the whole platform and I ended up going back to Ableton and buying a Lite version so that I could do what I needed to do.

Don’t worry about that. Nothing is eaten as hot as it is cooked. I’m sure Ardor will solve your problem too. Sometimes only the paths to success differ between DAWs. Much luck.

I was quite surprised no one had replied at all in 2 months.

This is just a user forum, that likely indicates that no one who reads this forum is using Ardour like you wanted.

Often you will find that people who don’t know how to do something you have asked will just stay quiet for a while, because it does not add any value to reply saying “you can’t do that” only to be followed up by someone replying “here is how you do that.” Ardour is large enough and complex enough that only a few people who have time to use it extensively have found all the tricks it can do.

However, the heritage of Ardour is for music recording and mixing, think ProTools rather than Ableton, so there is no obvious workflow matching what you described.
I have done something similar to what you asked about, but by using very manual and time intensive methods. Essentially using timestretch, getting pretty close by looking at the waveforms, and then tweaking by ear.

Am i in the wrong place?

For the automation you asked for, yes. The closest thing available to my knowledge is the Rhythm Ferret tool that can help find the beat points if the track is percussive enough:
Rhythm Ferret manual page

Still would require quite a bit of tweaking and adjusting compared to what you described. Ableton is more suited to the style of working you have described.

There are features in the upcoming Ardour 7 release that may make it possible for you to do this, but it still won’t be quite what you’re thinking of.

Sometimes questions in a forum are not always 100% on topic. Many only need a small approach to find the solution to a problem. Sometimes it’s just certain words to visualize something in your mind that will lead you to action and success. That’s why I think it’s right to offer help to anyone who asks a question in a forum. This is very important for every forum participant.