What about the VPO thread? Has it disappeared?
Anyways I have a curiosity for Michael, beside the huge praise for yesterday. Super help.
So. Is it possible to use a instrument from the set in a different project? I have a project in which I use the MDA Piano: if I want to use the piano of the VPO in place of MDA, can I do it?
Thank you again

Telover, yes, you can certainly use it. You’ll need to learn about the LinuxSampler plugin, which isn’t the easiest plugin to use.

You have to add the LinuxSampler plugin to a midi track, and then launch a separate program to configure it. You can either use QSampler or JSampler Fantasia:

Once you have one of those programs running, add an instrument row, pick GIG format, and find the Maestro Concert Grand that you downloaded for the orchestra template. If you want to use any other instruments from Virtual Playing Orchestra, they are SFZ format, instead of GIG format.

The LinuxSampler plugin has 32 audio outputs, which might seem confusing, but it’s just to give you stereo output for all 16 midi input channels. Ardour assumes that it is some crazy surround-sound setup, so in the mixer disable the panner that shows a surround sound diagram.

Once you have your Ardour track working how you want, you can close QSampler or JSampler, save your Ardour project, and you don’t have to open the sampler app again for subsequent times that you work on your project.

Alternatively, you might find it easier to import the tracks from your other project into a new project that you create from the template, and then delete the dozens of tracks/busses that you don’t need.

Hi Mich. Damn, I just tried it, playing with the keyboard, and all the system got stuck.
There’s something not working correctly. The notes of the various instruments played for seconds, like there’s a enormous sustain, then Ardour crashed.

I felt a great disturbance in the force, as if the instruments cried out in terror and were suddenly silenced.

A couple, a couple. Damn dyslexia

@Michael: is there any particular manouvre to make to export a track from the template? I made a couple tracks I’d like to try in a project I already have. I saw that in the exporting windows, there are several tracks of each instruments, for example violas, viola pizzicatos, viola busses, and so on, beside master track, 1 row, 2 row…
Until now I only exported a whole project in a .wav and .flac file to check how it sounds.

Also, is the link where to dowload the template still around? I haven’t seen it anymore.
Thank you

I don’t have much experience with the audio side of things, as I’m primarily using ardour as a midi sequencer (after admitting that I would see myself out the door, except that the ardour community is so welcoming and refuses to drive people away)

In particular, I don’t know much about the best way to export the audio from individual midi tracks. In this case there is rather elaborate routing (as I’ve said before, feel free to substitute “insane” for “elaborate”) that gives stage presence to each instrument. There is panning and stereo width on the instrument audio busses. Each bus then feeds different volumes directly into the master bus, along with other volumes into a variety of delays and reverb plugins for forward/backward positioning (this is the purpose of the “row” busses).

So yes, you could capture audio from an instrument bus, but you’ll lose most of its stage presence, only getting a dry sound with pan and stereo width. You could set a midi track to solo and then export the master, but you would have to repeat that procedure for each instrument that you want to export.

It might be easier to import tracks from your existing project, and then route them to the master and/or concert hall reverb as desired. 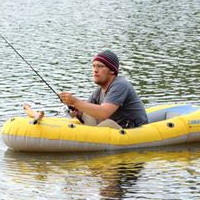 Thanks Mich. I’ve noticed. I tried to export a couple tracks from the template, cellos and violas, but with no success. the .wav file is something like 40KB but there’s nothing inside.
I say this because I already exported a project without any midi, and it perfectly worked. I made it in several formats, wav, flac, and it’s ok.
Then I tried to export another project where I have all audio tracks and one mda piano and, as the one from the template, it didn’t export either the audio tracks.
There’s the usual wav file empty or so.
Actually i deleted all tracks from the template but violas, cellos, master, and busses.
I think importing the tracks I have in my projects inside the template would be a nonsense, in the way that probably not all the tracks would be needed. So it would be wiser export the needed track(s) time by time.
And I prefer the dry track so I can apply the effect I need in a particular project.

One thing I noted it’s if you export to audio files, you have all the tracks in the project, midi included.
But if you stem export the midi track(s) don’t appear in the list.
I have to figure out this issue.

We don’t do stem or other exports of MIDI data at present.

Does it mean that there’s no way to export any midi track? If so, it’s completely useless to use midi in a project if one can only have a incomplete final product.

Ardour uses Standard MIDI Format files to store MIDI data. That means that if you export/bounce a region, or just have a region as it was created, it is already in a format that can be used by any other MIDI software. At some point, we will make it easier to make a copy of the file outside the session itself.

There’s no clear definition of what a “finished” version of a MIDI project might be. Possibly a multi-track SMF type 1 file, but that’s not always what someone would want, and how to get it isn’t clear either, especially if there are MIDI plugins in use.

If you’re most interested in the dry audio from orchestral instruments, you would be way better off learning how to use the LinuxSampler plugin in your own project. Like I said on IRC, using the orchestra template just to get a couple of strings tracks that you can copy into a different project is like trying to trim your nails with a chainsaw. It’s just not the right tool for the job!

In my case, it would be enough having the chance to export the MIDI track which has the mda piano plugin as audio track or anyways with the mda piano sound stored, together the other audio tracks to have the complete song.
Or, taking Michael’s VPO, having the chance to export the track(s) with the actual instruments they contains.
In the case of parts played with the keyboard, I could use the signal as audio, instead MIDI, as written in another thread.
This is a major issue for me, I have to check if there’s other software which allow me to have a complete product without any sort of limitations.

Mich your tool is more than useful. I won’t always need a couple tracks, or one, or three. I might need a whole ensemble for a tune, and that’s where your template comes in great help.
But all the talking is over if Ardour is not yet able to export MIDI tracks in a single tune.

@telover: you would just bounce the whole track; you’d end up with a single MIDI file, suitable for use anywhere. the only hard part is “finding” it.

@telover: remember that we don’t currently see ardour primarily as a MIDI composition tool. You can use it to do composition, but the end goal is audio, not MIDI. That might change in the future. Or it might not.

I wonder what might be the use of Michael’s work then, just to name one. Having all those stuff useless, at least somebody only wants to listen to them while being in a project.
I this way I should write the audio tracks of a song, record the in Ardour then export and import them inside another daw to write any part I need requesting MIDI. Then export everything as final product: a double work at least.

Sorry, we just don’t see it that way. At least not at the moment.

Ardour is a great software, but I was wrong paying to support it because of your attitude. I’ve already read about it in the net, but I have to see things with my own eyes before to judge.
You one line answers are ridiculous. Unfortunately not all are born software or sound engineer and your way to answer clearly sounds bothered by the newbs’ question.
Let’s think about I have solved my issues following Michael’s explanation the other day on irc, and your ten-words answers.
What I wrote in the topic above is logical, since I don’t think there are people making music all but with no MIDI signal or whatever you call it.
So if I ask to the dumbs’ dumbest “what can I do with some MIDI tracks resembling certain instruments if I cannot export them and use them?” he’d probably give me an articulate answer, explaining me if, what and how I can do it or not.
There are people who are born to teach others, it’s a gift one has or hasn’t: you might be the best and more god-blessed programmer-engineer-or-what-the-hell-is-it on the earth, but about explaining something you’re not on the other page, but on anothe dimension.
My 2 cents.