PG Music has RealBand that is written in Delphi and is showing it’s age.
It’s 32 bit only Windows version and is not up there with current DAWs.
The attraction to it is it can generate up tracks to your chord track of world class session musicians, with around 3000 instrument tracks of different genre, with direct input versions.
Hundreds of Drum tracks by world class session drummers.
It communicates with the main Band in a Box application running silently in the background to generate up the tracks to a local folder the same way the Band in a Box vst plugin works now.
I used it to add extra instruments to artists recording, live or studio.
I also used it for complete songs with videos created that ended up on CMT.
That being said it had too many issues and crashes to be use in a creative way, that’s how ReaTrak came about and then the Band in a Box VST Plugin.
I have suggested they use Ardour as this will give them a wold class DAW to go with the world class session musician, this would also give them a 64bit Win and Mac version released at the same time. That’s the other thing, rather than having crossplatform building the spend half of the year building the Biab Win version then the other half build the Biab Mac version.
As you can see it’s very 90’s 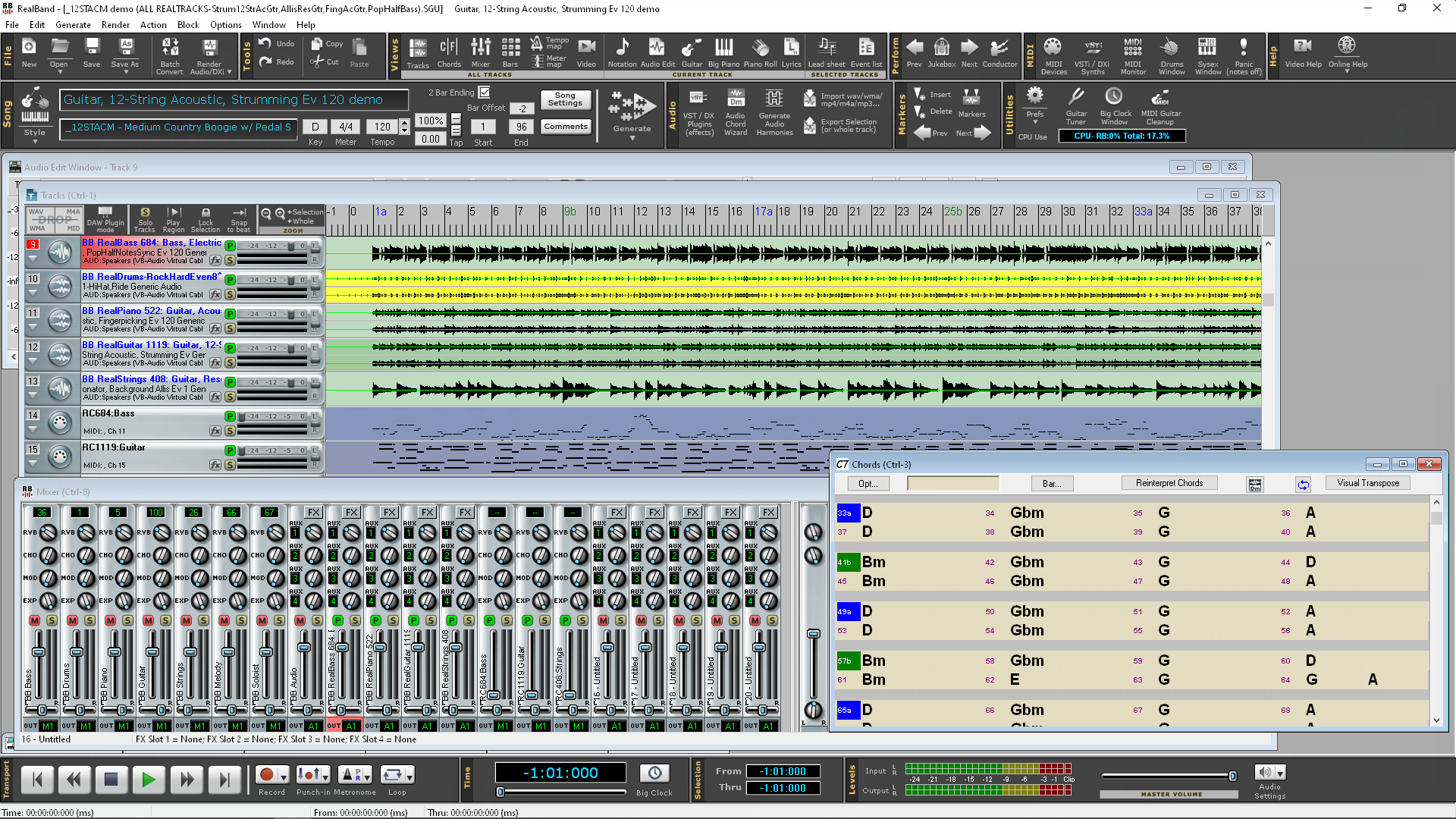 If they want to add more features to Ardour then that sounds good. Let us know if they get back to you.

They have a C++ programmer now developing the Biab VST Plugin so I would think that the same way the plugin communicates with the main Biab app they could implemented to Ardour. It’s just that they don’t have a Linux version of Biab yet, I think Linux users use Wine for it. I don’t know how you would go communicating with it in a bottle ?
I got the Biab RealDrums to generate up in Reaper so that would work on Linux but I haven’t worked out the RealTracks yet.