Hi all,
I’ve read something around but I haven’t understood yet if it’s possible to join two regions.
I have two regions on the same line, containing midi, and I should join them to make them becoming just one.
I was looking the various options after I highlighted both, but I haven’t found anything useful.

You cannot do this with MIDI without bouncing them to a new file on disk.

So you have to bounce a time range or region selection to a new file/region, which means actually writing data to disk.

Ok. So since one of the regions is quite short, one or two bars, instead doing a complicate process, I can copy the notes from that region, make longer the other region window, and paste the notes into it.

To put Shupacabras words in plain english. Select both regions with the range tool (binded to R by default) and consolidate them (Right-click -> Consolidate range).

To put Shupacabras words in plain english. Select both regions with the range tool (binded to R by default) and consolidate them (Right-click -> Consolidate range).

Hi. I haven’t found anything like that and with r pressed I could not select regions. Anyways I did it in the way I said, copying the notes from the smaller region and pasting them in the other one that I made longer.

“smart” == best of both worlds. select time ranges by dragging in the top half of a track; select objects by clicking on them in the bottom half of the track.

I fall on that post searching about that problem. I really do appreciate how Ardour treats Audio and will never thank their developpers enough but I can’t believe that you cannot do a such midi simple elementary thing as “glueing” on Ardour !
I started with a cubase/ATARI 40 years ago, joining midi patterns was done within one click using the “glue” tool.
A common way of composing music is to repeat an elementary one bar pattern to start working. Then you want to “glue” four bars of it to add some variations and then that new four bars pattern can be used to build your song, and so on. Then you’ll want to “unlink” one pattern to introduce a break.
The lack of ‘glueing/joining’ regions (that I prefer to call patterns) makes Ardour very heavy to use for music compose and even unlinking is not easy.

same for me. Some people say they can “consolidate midi”, or “bounce”, but nothing really work correctly, most of the time it changes the place or length of the midi elements, for example before: 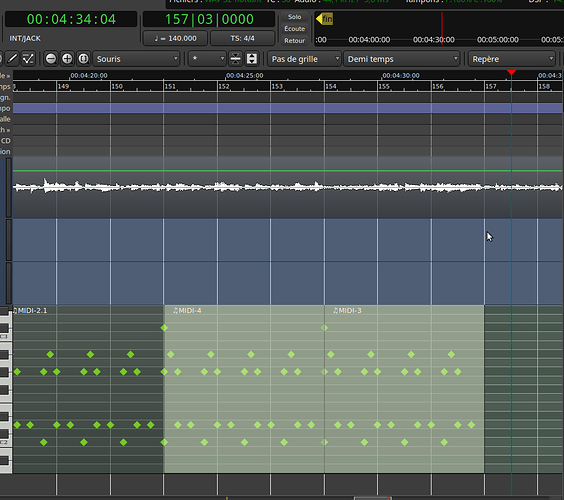 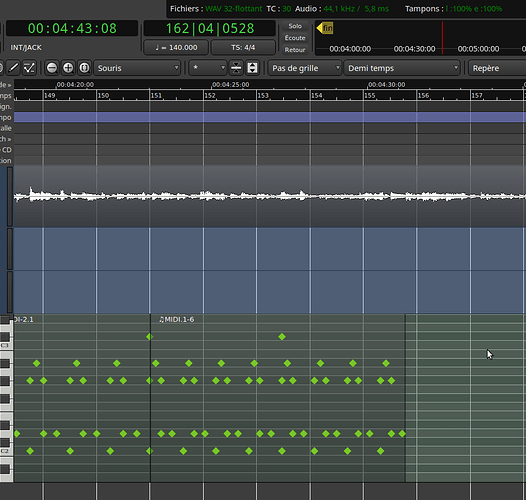 The consolidated range, on 6 bars, has been reduced to less than 5 bars.

Strange thing. In may case everything works good:

One thing I had noticed after consolidating: the new consolidated region becomes trimmed up to the last note’s end. But I usually expand the lacking end of the region in “G”-mode. The notes in the region don’t change the position and length relatively to the the time grid.

Then you’ll want to “unlink” one pattern to introduce a break.

“Cubase habits are strong, but Linux gifts are calling))”

Thank you for the video. I’ve tried it on a test file, with some simple stuff, and it works as expected.

However, most of the time when I try to consolidate on an actual project, the result is quite unpredictable: sometimes the range is shortened (like in my example, I don’t mean only the end of the last note, the whole notes are replaced as if I changed the tempo), sometimes it becomes longer. And I’ve got something even more annoying, for some live midi recordings, during consolidation some notes are very slightly misplaced. On the attached screenshot, the note below is before consolidation, the note above is after, I’ve put the 2 screenshots with transparency to compare them better. The first note has the beginning which has been shortened, the second note has the end which has been slightly delayed… 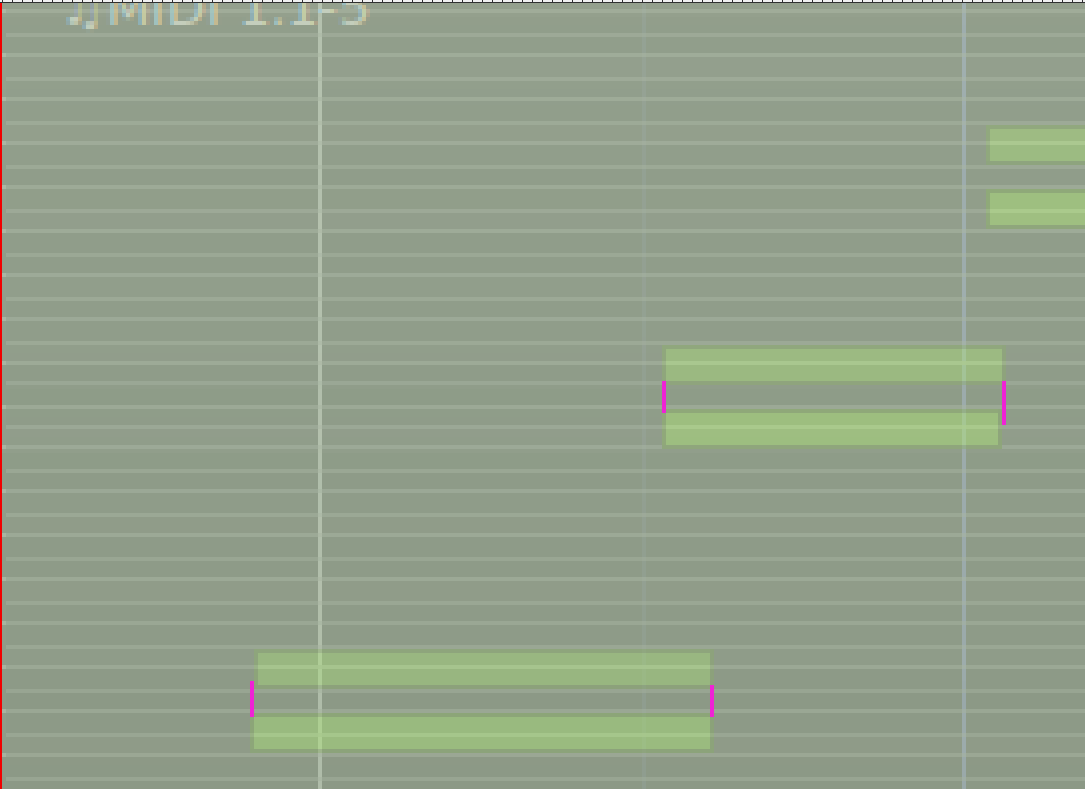 That’s sad that you can’t get the good result… Really it’s annoying things when you begin to express the thoughts through the notes// Don’t know how this could be solved. May be you use some different version of Ardour?
Also I didn’t record any live midi recording last time. Need to test. May be such bugs come out during unquantized midi placements…
In general, if Ardour could be having stable MIDI possibilities - this could be the super DAW)

I’m using the same version as you do, Ardour 5.12.0, from KX Studio (on Linux Mint).
I don’t think it’s because of quantization or unquantized area, because in the first example, I’ve entered all the notes with mouse and snapping. This behavior also affects when you export midi, the resulting file is sometimes unpredictable.

I’ve tried Ardour 6 on raspberry pi, and it seems you can’t consolidate midi at all, it just doesn’t do anything.

I agree with you. I’m also used to Ardour for recording audio, and it works perfectly!

Yes, Ardour 6 is too raw to test as I know (alpha stage). Sometimes MIDI regions are not even moving at all.))

I’ve found range consolidation works until you have a tempo change to the left of the range. Then it exhibits the strange shrinking behavior described.

Consolidate range works ok. In the Grab/Select mode it would be nice to add “Glue” - only for joining selected regions as they are

We will never offer a “Glue” operation that is any different than “Consolidate”.

In the example in your screenshot, the two regions correspond to entirely different MIDI files. Creating regions that can be edited but are built of multiple files is a nightmare. We do it for audio, because you cannot edit the contents of audio regions.

There is a case for a “consolidate” style action (i.e. write the MIDI data to a new file, replace the selection with a single region) that is simply to access and works for selected regions (only; no time selection).