For everyone who insists a piano roll is mandatory

If you don’t know who Olafur Arnalds is, here’s the wikipedia page:

Ólafur Arnalds (Icelandic pronunciation: ​[ˈouːlavʏr ˈartnalts]; born 3 November 1986) is an Icelandic multi-instrumentalist and producer from Mosfellsbær, Iceland. He mixes strings and piano with loops and beats, a sound ranging from ambient/electronic to atmospheric pop. He is also the former drummer for hardcore and metal bands Fighting Shit, Celestine, and others. In 2009, Ólafur also formed an experimental techno project, entitled Kiasmos, with Janus Rasmussen from the Icelandic electro-p...

Perhaps most relevantly, he was just recently nominated for 2 Grammy awards, including in the “Best Dance/Electronic Recording” category.

What does Mr. Arnalds saying about editing MIDI “inline”, in the way that Ardour and ProTools offer? 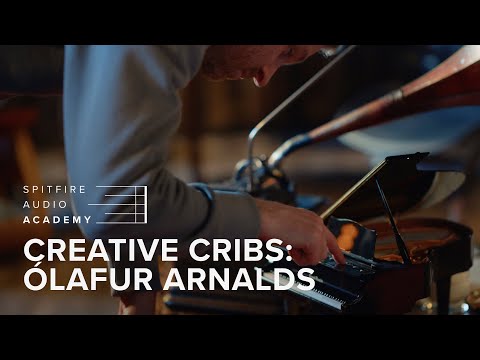 OK, so the point of this is not to say that it makes no sense to have a separate piano roll (Arnalds notes that ProTools does offer this choice).

The point is that a significant, critically acclaimed, Grammy-nominated composer and performer clearly states that they prefer working “inline”. Consequently, I’d respectfully suggest that anyone insisting that “nobody” or “only beginners” would ever consider working this way should probably think again.

There are plenty of good arguments for a separate piano roll. There are also good arguments for inline MIDI editing too. Rather than rejecting the latter because “it’s different”, those who believe in the superiority of the former would be better served by explaining what can be done better/faster/easier in that design.

I guess this post was triggered by my post, as I said earlier there I am neutral about the presence of a separate piano roll window, inline works for me. I was just suggesting a little bit more flexibility in the “tools” inside inline MIDI editing.

No, it wasn’t triggered by your post at all. I just happened to watch this video the other evening, and nearly choked on my own smile when Olafur started talking about how much he liked inline editing

Well, everyone who has seen “Broadchurch” - and who hasn’t, with two of the “doctors” in main roles? - has heard Olafur. Loved his music from beginning to end, so thanks for those links Paul

inline midi is a power!

//Maybe this could increase the interest to the inline-editing approach:

A new version of outdated 2016 post When we are working in “G” mode, we don’t need to see every midi notes clearly. That’s why notes could be more blanked colored. Also the midi event could be not so transparent: for subconscious it’s looked like “covered in box” or “closed container”. The brain will trigger this appearance like “G” mouse mode. Than when we press “E”, the midi event becomes transparent: for subconscious it’s looked like “inside the container”. To get the appreciable difference…

Reaper has an inline piano roll too which I used to enjoy using quite a bit. It’s more like looking at a musical score. However it is nice to blow it up to full screen to work on more detailed midi parts, especially if the full screen editor allows you to view the contents of multiple regions at once

I also like to map two shortcuts to change the number of tracks displayed, one to show all tracks and one to 16. It is more flexible than F1 in many cases, although not perfect yet.

Sorry, not clear to me. What combination do you use for mapping shortcuts instead of F1? Also about all tracks focusing I understand. What do you mean 16?

I adjust F1 (trough Ctrl+F1) for focusing all the session usually (I mean not only tracks number, but all the timeline of the session also). Then in G-mode - I select desired midi region and press Z(this gives me the focus to the region). Then I press E (to enter the Edit-mode) - make desired changes and go back to the all-view-session through F1. But Ardour lets to adjust F2, F3… shortcuts for different view focusing positions// So pity we can’t store these combinations belong to the session file AFAIK in version 6.9(but may be in the v.7 - this will be implemented, I don’t remember but Robin told something somewhere about the situation).

By 16 I meant “fit 16 tracks on screen”, basically large enough to show the faders. I use custom mappings for that, but you can do it with the mouse on the top right corner of Ardour (menu with the *):

Saving views with F1, F2… is very neat, but not quite what I need when writing long songs with many tracks. Most often it’s not possible to show the whole session. After editing midi, I prefer to go back to the same zoom level, position in the time line and tracks on screen (although that one doesn’t perfectly work).

Thanks, Zelv!
I never tested this “snowflake” button. Need to train.)) A good bit of help for vertical focusing//.

Contribute to cooltehno/ardour_theming_questions development by creating an account on GitHub.

I don’t mind the inline midi editor, but is there anyway to…

For the grid, that’s pretty much what current Ardour does. If you set the grid to 1/16th, and zoom way in, you’ll see the 1/16th note grid. If you zoom out,grid will “collapse” down to just bars & beats, then bars, then just selected bars.

When would you want to set the scroomer range? For a session? For all future sessions? For all sessions? How would you know what you want?

In regards to the sliders, it would nice if you could set for future sessions or current session. As its the first thing I do when adding an midi track is widening the key range. 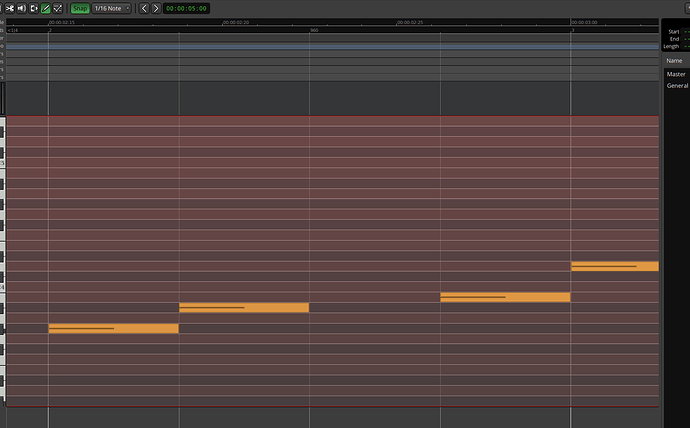 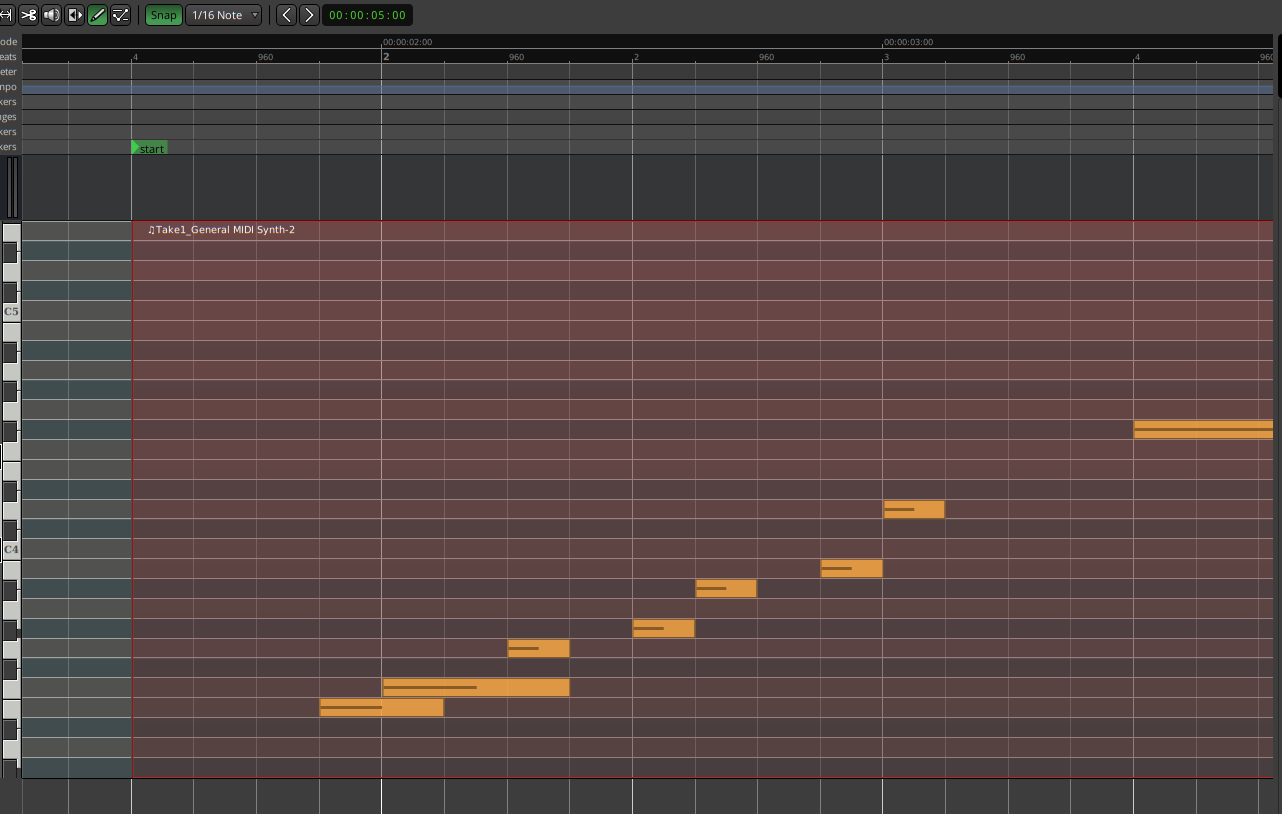 Shot 3: zoom out further, at this point you can see bars, beats and the midde 1/16th note 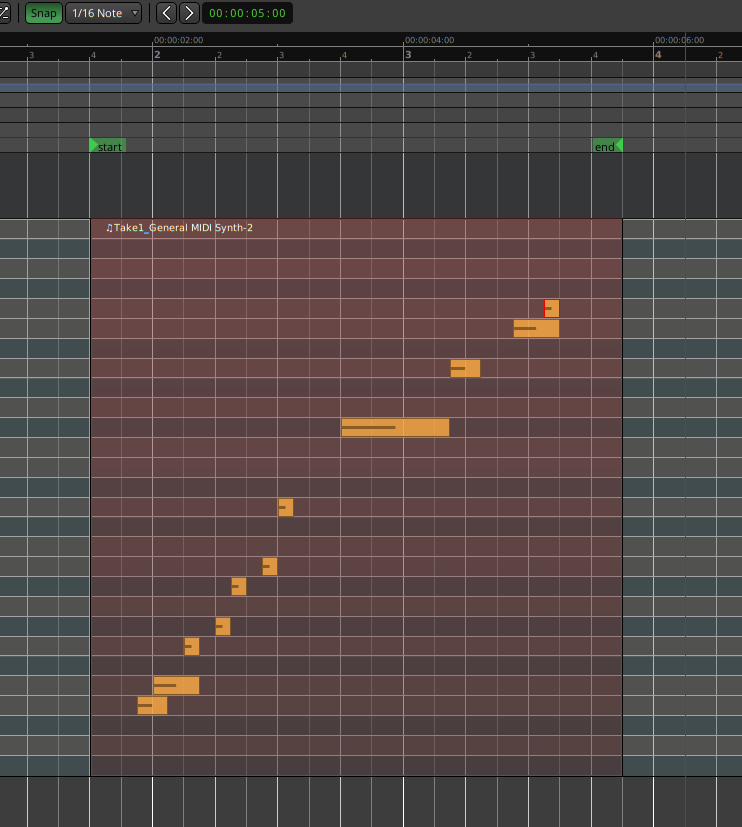 Shot 4: zoom out further, at this point you can see bars and beats

Shot 5: at this point you can see bars and beats

Shot 6: zoom out further, and now you can see only bars:

Shot 7: zoom out further, and now you can see only selected bars

The reason you cannot zoom out any further is that your session end marker is not very far along the timeline, and this limits the final zoom-out level. If you move that much later, you will be able to zoom out much further. Whether this is a bug or not is a matter for debate.

I have to say that I am not terribly convinced by the scroomer issue. The default scale at which the scroomer becomes visible shows one octave. I have a hard time imagining people saying “I want a new MIDI track, to cover D3 through E5”. Convince me otherwise

Regarding the scroomer I am with @squigee90, maybe people won’t want to set it to cover D3 to E5 precisely, but I think many people immediately zoom out to see 2 or 3 octaves.

Done. Will be in the next release. It’s a global preference, in Edit > Preferences > MIDI and will only affect newly created tracks. Existing tracks get a note range based on their existing settings.

I really do not care about a piano roll at all.
The only thing that is on my wish list for Ardour/Midi is a velocity editor, so I can do drum programming much much quicker. (e.g. snare rolls)
But it’s a long time 'til Christmas …

And, dumb talking, as I do not have the slightest idea about the innards of Ardour, any chance of providing access for an external editor to a midi track? (Open midi track with external editor, edit, save, reload Ardour midi track)

Sorry if this has already been discussed before, just typing while thinking …

Coming from Pro24 ( Atari 1040 !) and then Cubase in various forms the lack of a Piano Roll was a culture shock to me. However, as various people have already pointed out the Z key and the saved view functions can mimic this. Inline editing is, in my opinion, more musical.

Great news, thank you so much Paul!