There’s a few plugins that I’m using that don’t work 100% in Ardour. One of them, PlugData is basically Pure Data as a vst/lv2. You can create patches in the vst itself or open existing ones. However, whenever I try and open a patch via the plugin (loaded into Ardour) the file browser window doesn’t appear. 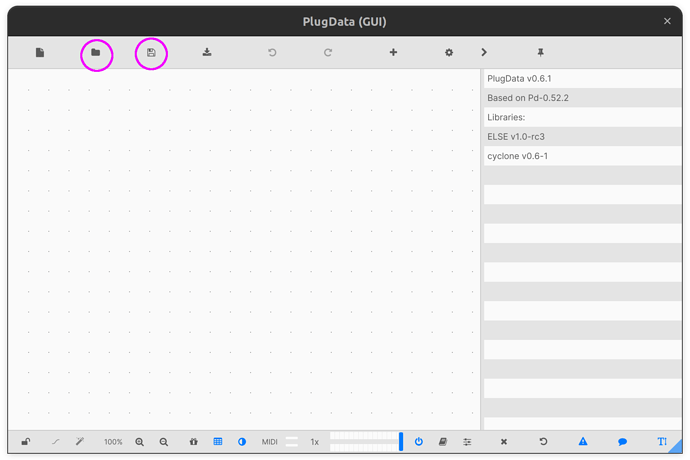 The same behaviour happens when I try to save a patch as well.

The window that should be loaded is the nautilus file browser window. This behaviour doesn’t happen when trying the plugin in Carla or QTractor.

I’m using Ardour 6.9 on Ubuntu 22.04. Could this have something to do with GTK version mismatch between Ardour and Ubuntu?

A workaround is presented here:

The file open GUI does not open in Ardour 6.2

However the plugins should really ask the host to open a filebrowser, rather than launch a separate tool (which is not realtime safe and may cause dropouts). Both LV2 and VST allow to delegate file selection to the host.

I’ve responded to your github issue with the solution I’m using with my plugins.

Looks like the plugin author implemented a solution which can switch between using the os native dialog or the built-in plugin one, though it does have issues with scaling on linux Open Dialog not scaling on Linux · Issue #193 · timothyschoen/PlugData · GitHub