I was mixing a track today and at a certain point I felt I need to do some automation on the volume of a track, since it was prety much ok in some parts of the track and quite low in other parts.
My first idea was to create an automation on the fader which would simply bring the level of the fader up in the parts of the track where more volume was needed, but than I realized that this solution would make the fader exceed its default 0dB value (the horizontal white bar), since that specific track was quite lower in some parts of the song with its fader already set to the 0db value.

So I decided to put an amplifier (a-Amplifier) on that track and to make an automation which acts on the amplifier gain depending on which part of the song is playing. Thus leaving the fader of the track at its value for the whole song.

My question is: is this the correct approach? Or the approach of creating an automation on the fader was the best one, despite it would require to set a fader value which exceeded the 0db value?

How do you tipically deal with these situations?

Fader values exceeding 0dB are perfectly fine. What you don’t want are SIGNAL values that exceed 0dBFS when they hit a converter. So pretty much for most people this would mean you don’t want the output of your master track signal to reach over 0dBFS.

But faders are absolutely intended to both add (Above Unity or 0dB) and remove (Below Unity or 0dB) gain to a signal, that is their purpose, and is perfectly fine to utilize them for this.

There are reasons as well to do this via an amplifier plugin if you want to add signal level at a specific point in the signal flow, but for most purposes the fader is fine. 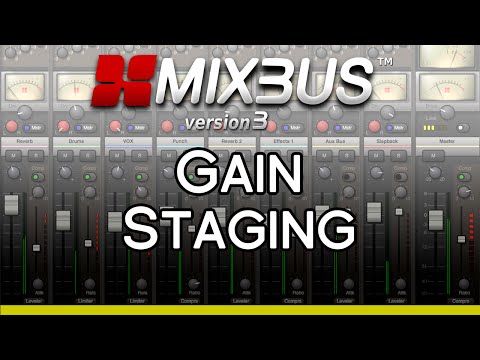 This video cannot be linked often enough.
While it shows Mixbus, it equally applies to Ardour (except Mixbus’ built-in compressor & tape-saturaion). The Input Trim control in Ardour is at the top of the mixer-strip.

Move up or down volume in different times of a track How do I .... ?

Hello guys So let’s say I have 2 tracks, in certain moments I want track-1 to have more volume than track-2, then afterwards I want to bring it down, and vice-versa, sometimes I want track-2 to stand out, like in a guitar solo, and then bring it back down, what is the best way to do that? I’m using Ardour 5.12 in UbuntuStudio. Thanks & regards, Ernesto Medina.

Any thoughts on whether a “post” Region gain curve waveform view is a useful feature, eg. so you can visually see you’ve evened your phrases out.