Move up or down volume in different times of a track

So let’s say I have 2 tracks, in certain moments I want track-1 to have more volume than track-2, then afterwards I want to bring it down, and vice-versa, sometimes I want track-2 to stand out, like in a guitar solo, and then bring it back down, what is the best way to do that?

Volume automation is a good solution, but the problem is that if you then want to vary the volume of the track with the fader (the volume balance between tracks), the volume obeys the automation, you should vary the automation again.
I prefer to automate the “trim” value, which reduces or increases the gain of the track. The advantage is that if you want to increase or decrease the general volume (volume balance) of the tracks, the volume of the track will obey the fader, but with the programmed volume increases/decreases.
To activate the “trim” automation: In the editor, on the track to edit-> press the “A” button -> in the menu select “show all automation” -> edit the “trim” parameter
I find this method more comfortable for the reason of being able to comfortably modify the volume if necessary after programming the automation.
The only limitation I find is that the parameter “trim” has a range of +/- 20dB, maybe in some situation it can be a low range…
By the way, does anyone know if it is possible to extend the range of +/- 20dB of the “trim” parameter? It would be very useful for me, and maybe more users…
This is the method that I use, I hope it will be useful for you. Let’s see if someone knows another more appropriate method…

Let’s see if someone knows another more appropriate method…

In my workflow I prefer to link the track(s) to a VCA, and automate that, for the exact reason you mentioned (i.e. “being able to comfortably modify the volume if necessary after programming the automation”). The problem with the trim is that it changes the level before all the processing, thus modifying the response of plugins that are dependent on input volume—like amp simulators or distortion/saturation plugins. It is a bit more work but you have a clear separation (and you can also link your tracks to more than one VCA, adding the changes).

Mmmmmm… You’re right.
In my case, I work with real “finished” sound tracks (for example, I record the guitar tracks from a real amplifier, and I don’t apply gain pluggins, amplifier simulations, etc…), and the few times I use this method, I usually turn up/down very subtly, so I hardly notice changes in the character of the sound, but from now on I will try with the method you have explained.
Thank you very much!

I have some experience working with VCA on projects with many tracks, to make the mixing more comfortable, but I would never have thought that they could be used for something like this.
Thanks again!

I will point out a nice ‘cheat’ that is one of the first things I teach my students.

Just because an instrument is a single instrument, doesn’t mean it needs to take up just one track. If you switch patches on a guitar or keys, I split the instrument at that point and drag the new section to a new track. This allows me to treat that different ‘sound’ (Which really is a new instrument in terms of the mix) differently, which is generally what I want to do when talking about, for instance, a guitar that is primarily strumming rhythm chords and suddenly goes into a solo.

I will do similar things even if patches don’t change, but playing styles do, for instance on bass guitar when we switch from a background fill to slap bass. Or if I want to play with the sound of the lead vocal for a section, something that would be far to complex to do in automation alone (Changing compressor, EQ, plugins, etc. all at once).

In many things in every type of content creation (Audio, Video, 3D) it is about how you ‘cheat’ and this is a great way to ‘cheat’ to save time and effort drawing lots of automation manually.

PS to avoid heartache, please feel free to update to Ardour6 from this site when you can.

Let’s see if someone knows another more appropriate method…

Using a region-gain-curve comes to mind, in particular if you have wet recorded sounds.

There is a good video tutorial from Harrison, which applies to Ardour as well (except for Mixbus specific Tape Saturation, and the different mixer strip layout): 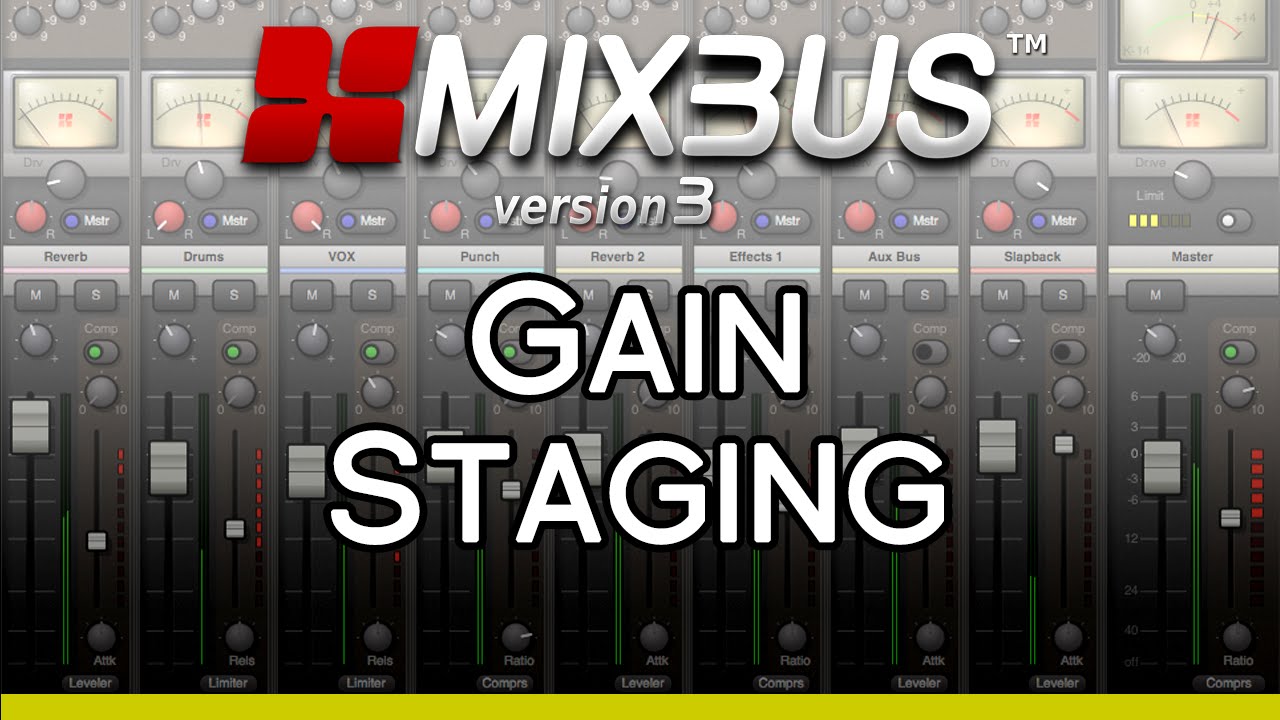 Very interesting too. I’ve been doing a quick test, and I found it very comfortable too.

I have a question. I’ve been consulting the manual and I haven’t found it: the volume variation when using this “region-gain-curve” is previous to the processes (like the “trim” parameter) or it’s post-process, and in this case it wouldn’t affect, for example, the behaviour or response of the plugins?

the region gain curve is applied when reading data from disk. It therefore cannot be before the trim parameter, since that parameter does not apply to disk playback. It is before all other processing in the track, however.

I’ve been doing some tests to see how the different methods we’ve compiled in this thread affect the response of some plugins.
I have recorded some chords with the guitar using a distorted amp and a mic (distorted sound “finished”), and in another track the guitar directly through a D.I., to apply later an amplification simulation (Guitarix in .lv2 plugin format).

My conclusions (when working with pre-fader plugins)

Methods that affect the response of the plugins, since the volume up/down occurs before the plugins:
-Trim automation
-Region gain curve automation

On the track recorded with the amp + mic (sound “finished”) it doesn’t matter much which method is used, because it doesn’t have plugins. In all cases the programmed volume increase/decrease is produced (that’s why it worked well for me to automate the “trim”)

By the way, since I have named Guitarix in .lv2 format, in my case they do not have their corresponding GUI. To edit them I have to right click on the plugin and select “edit with generic controls” in the menu. This is a plugin issue or an Ardour issue?
I don’t care much about it, because it can be edited with the generic controls, and I hardly use it either…