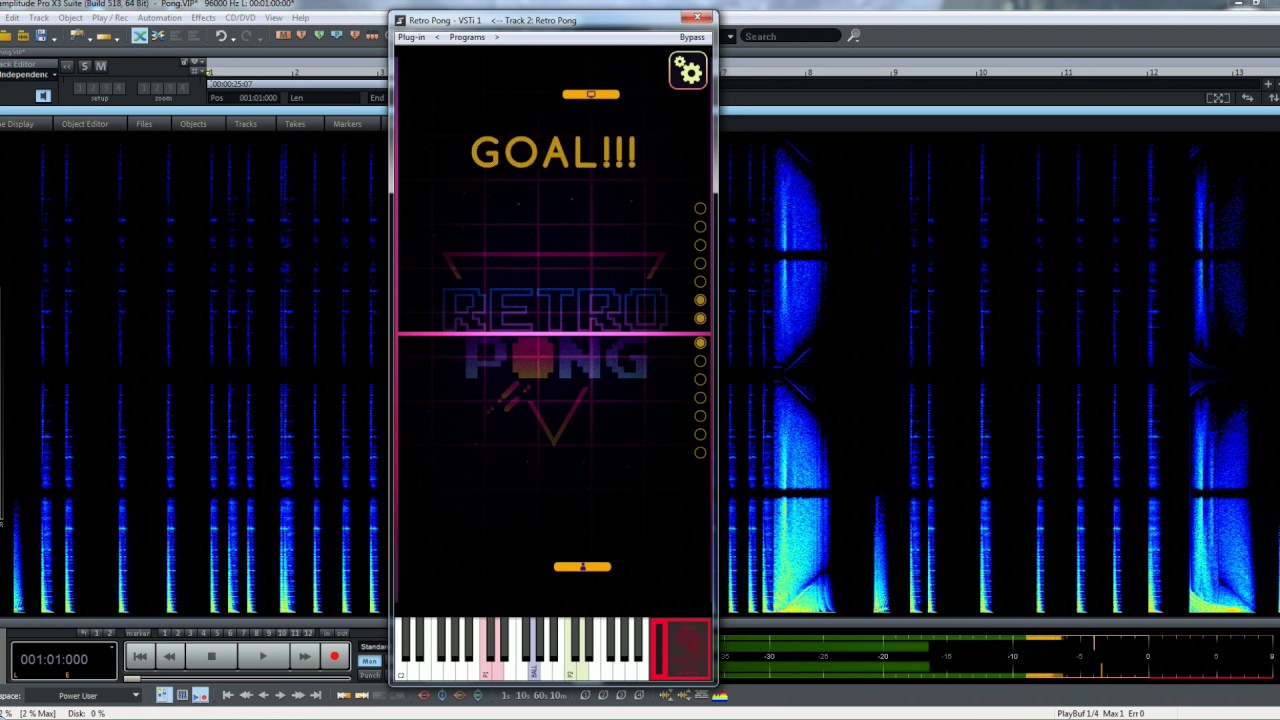 Sadly, there is one major flaw: no lv2 version!

Not quite a fancy Faderpong, but MIDI learn works OOTB

I just tested it in Ardour 6.2, it still works!

But I can’t find the lua script in 6.2, I had to pick it from an old Git-repo I have on my machine. This kind of stuff is actually very good when the brain and ears needs something completely different!

About 20 years ago, or more I can’t remember… There was a well-known large format mixing console (famous for having a CRT monitor in the centre section…) which had a pong screensaver - IIRC you could play it using the console channel faders.

That’s indeed where I got the idea from.

Even though for the case at hand an additional motivation for a-pong was to investigate automating thinning.

When I’m not doing audio stuff I also write some 8 bit retro games, for my own amusement - several times I’ve been tempted to include one as an ‘easter egg’ in a plugin, for anyone who presses the right combinations of buttons or whatever - I’m really tempted to do that now - maybe one day

This kind of stuff is actually very good when the brain and ears needs something completely different!

I had not even considered this! It’s a great point. Going for a walk in the fresh air to clear the ears sounds quite boring after seeing this. I was thinking why stop at pong when you can have lemmings walking on automation curves or a two-player game of worms in which you can choose to make explosions of waveforms destructive or non-destructive?