My midi keyboard says it is pressure sensitive, but I can’t mimic this. If I set velocity to change volume in a software synth, nothing happens.

If aftertouch is the response of held pressure, then why can’t I see this in the tracer.

There are two kinds of “aftertouch”.

The most common is “channel pressure”. It is not a property of individual notes, but rather the MIDI channel on which your device is sending note on/off events. It is typically sent when you depress a key, do not release it fully but vary the pressure until the final release. It rarely has anything to with volume in a software or hardware synth, though that does depend entirely on the synth. More commonly it gets mapped to some “interesting” sound parameter such as a filter cutoff. Often, it does nothing at all by default.

The other kind is polyphonic pressure. This is sent individually for each key (note). There are not many keyboard controllers that can generate this - it is currently more typically found on pad controllers like the Ableton Push 2 and various Novation pads. This rarely maps to anything by default in a synth, but it is normally possible to set up some connection in the synth that will make varying the pressure change some parameter. The nice thing with polyphonic pressure is that it affects each note independently.

I think you’re also asking a question about using a pitch bender, but it’s quite clear what that question is.

My midi keyboard says it is pressure sensitive

What MIDI keyboard is this?

Sadly “pressure sensitive” is just marketing term that does not mean that the keyboard support supports “aftertouch” messages.

Search the web for “aftertouch” vs “pressure sensitive”.

why can’t I see this in the tracer.

Probably because your keyboard does not support after-touch, but only note-on velocity.

This keyboard is the keystep 37 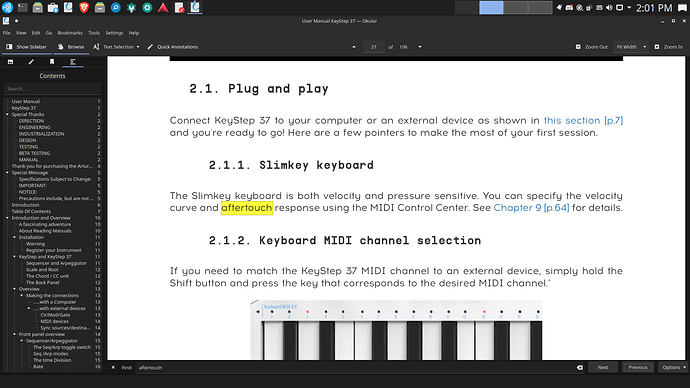 It does have aftertouch. 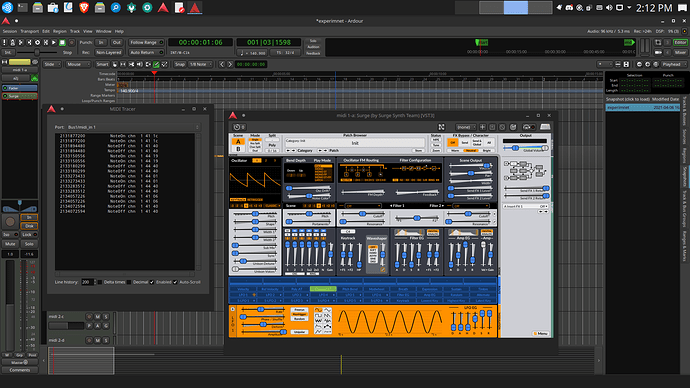 So It just sends a note on and off, I’ve tried this on another software synth too.

As to my question 2 what I mean is using automation pitch bend in ardour doesn’t let you draw down pitch it seems. Only up. So you can’t automate pitch down below 0. 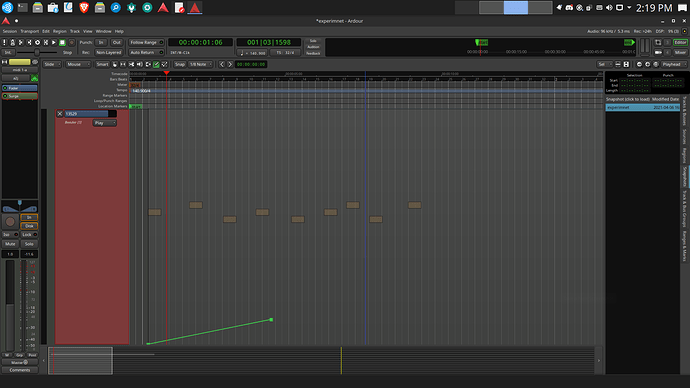 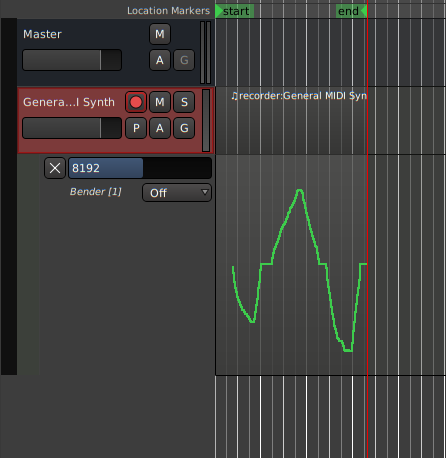 That’s using the bender wheel on my M-Audio Keystation-88. So … I suspect some setting on your keystep. Using a MIDI Monitor will reveal what is going on.

No bend is not zero but 8192. A lower value lowers the pitch, a higher value raises it. Drawing pitch bend is not much fun since there’s no easy way to find 8192 again. (Click, right-click, edit, type…)

Any other tests I can do apart from a midi monitor before I refund it. Regarding the aftertouch messages simply not coming through. Technical support think it’s a hardware defect.

Maybe alsa is blocking something?

You could take Ardour out of the loop and directly check:

PS. have you tried to change the after-touch setting using the setup tool (Arturia’s MIDI Control Center as mentioned in the manual)?

Yep tried all that, and also put it in another computer. Same result.

In ardour “shift-click” is the general “reset to default” operation. It works on the bender too.

In ardour “shift-click” is the general “reset to default” operation. It works on the bender too.

… but doesn’t move an automation point to the default position, or make a new point appear at 8192.

While not a direct address to your issue, a workaround there would be to use the WRITE automation mode and then set it to 8192 to overwrite the automation in that section on transport roll (Just make sure you don’t overwrite something you want accidentally).