I’ve been using Ardour for a few months now for Audiobook production and it has been great. However I also use the RX tools for cleaning up the audio and I obviously have to export that, clean it an reimport it. Apparently you can use those tools natively in other DAW’s. I also bought a few plugins with a voucher I got when I bought the izotope tools from plugin alliance. They work great with RX8 but I gather that can be plugged into any DAW.

I know you can apparently do some magic with Wine to get some of these plugins to work with Ardour but it can crash things and cause problems.

So I had a thought, perhaps not original to me, and perhaps really stupid.

Would it be possible to build a network client for windows that talks to the plugins and then routes data into and out of ardour over the network from the windows machine to the linux box? So you could drive the plugin from Ardour but has it run natively in windows? I don’t know enough about how plugins work to see why this is obviously stupid so please forgive me if it is. But it seems a small plugin driver running on windows and linux and talking across the network and looking like a local plugin/daw to each side of the connection should work in theory.

I gather there could be latency issues that would be a problem, but we are talking about a local lan, probably two machines on the same switch, or even the windows machine running in vm on the same machine (thats how I run the window and mac software I need at the moment and it runs alright) not on a different machine half way around the world.

I wouldn’t know where to begin building such a thing, but i’m a software engineer by trade so if it was feasible in theory i’d be happy to work on such an idea if anybody had some pointers or liked the idea s well.

So I am assuming you are referring to running Ardour on Linux with a plugin host on Windows then?

I suggest looking into Carla and Jack which already do this. You will not have as simple or easy automation control from Ardour however.

Honestly though more effort than it is worth, even though you can run Rx and such as plugins, I almost never do as you almost always get better results in the destructive environment provided by the Suite as a standalone program.

If you have rx, I would use stand-alone on windows or mac to clean up, I know there is audio gridder that lets you run windows or mac plugins via network but you have to have 2 machines, one to host and one for use. I have used Linux in the past for audio work, it’s great but needs more software support as well as more advanced audio tools if third party plugin support is not an option.

yabridge is the currently-understood best option to run Windows plugins on Linux. Unfortunately, mostly due its wine dependencies it is tricky to build and not packaged by many (most?) Linux distros. Many, many Windows VST plugins run very well will yabridge (“yet another bridge”)

The system you’re describing is the basis of several commercial products, almost all of which have failed over the last 10-15 years (as commercial ventures, not technically). There’s also things like Waves SoundGrid which ironically does the opposite: a (secretly) Linux server runnings Waves plugins (built in-house for Linux), and accessed via the network.

So it already exists, perfect, i’ll take a look thanks

tricky to build and not packaged by many (most?) Linux distros 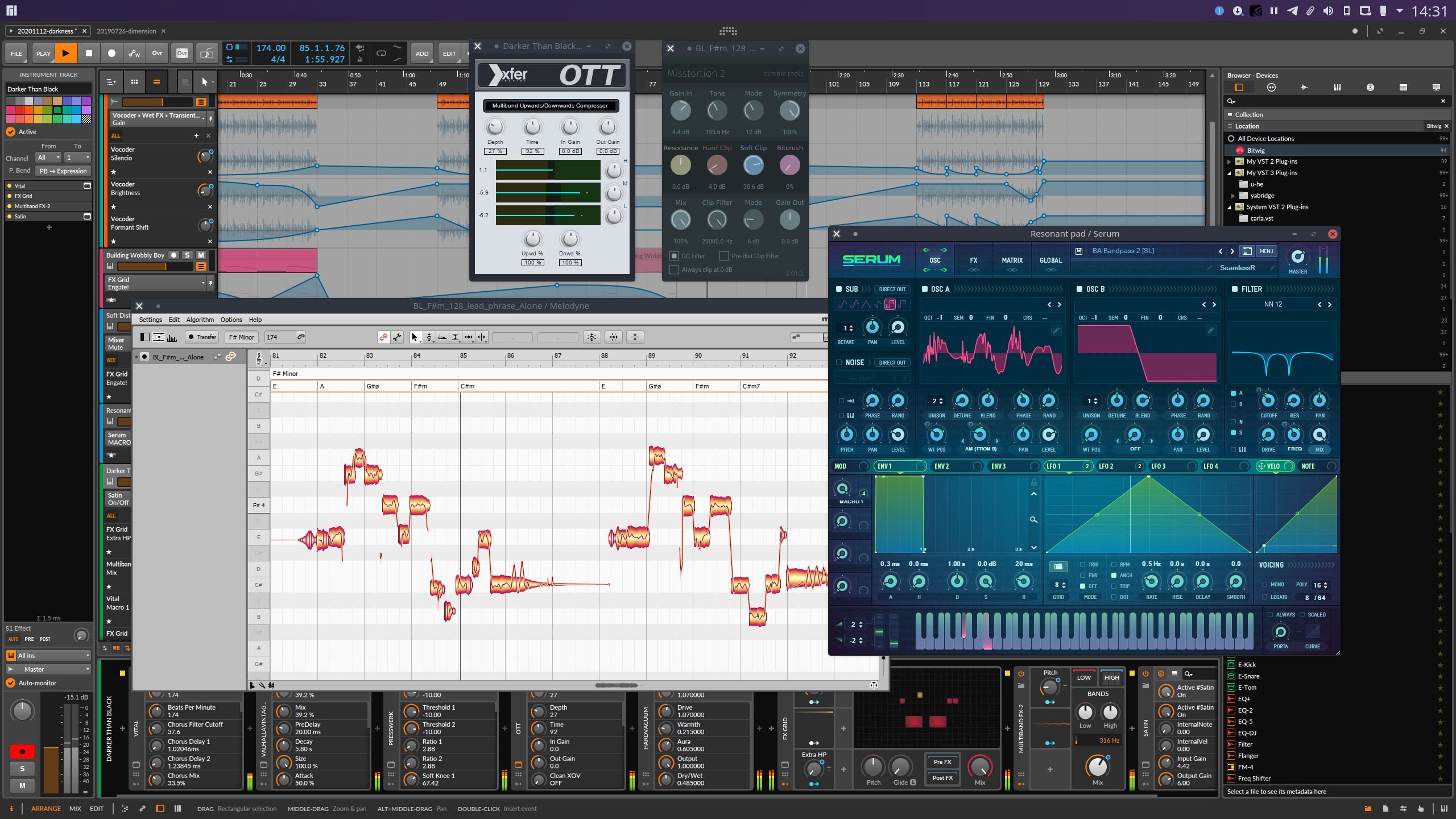 In my case they work excellent.

Yabridge is available in openSUSE (repo multimedia/proaudio) there’s also a simple gui front-end “yabridget”, and all (almost all) audio software available for linux.

I have HUNDREDS (too many!) of Windows plugins I use with yabridge - I find they either work straight away (most do) or they don’t work (or don’t install) at all - I haven’t had problems with crashing or glitching - if a demo plugin doesn’t work I just don’t buy it. Never had a problem with a plugin once it’s installed. (I just avoid iLok - though it CAN be made to work, it’s too much hassle for me) and obviously any plugin that doesn’t come with a free demo to try first…