I haven’t compiled any software yet.

Ardour probably isn’t the best choice of software to try compiling for your first project to compile honestly. It is a fairly complex build and having a firm grasp on understanding of compilation is probably a good idea before doing so, especially on non-linux platforms.

@gylotip - are you aware of detailed C++ concepts such as name-mangling? Among other things it means that you’ll need to build all your C++ libraries using the same compiler. If MSYS is currently using mingw, you won’t be able to use your support libs with a version of Ardour built with MSVC - but as Robin hinted earlier, obtaining the correct support libs and building them with MSVC is near enough impossible now.

Okay, I installed all of the packages (some of them didn’t work) on https://github.com/msys2/MINGW-packages, and currently, I am at 4. Build Ardour step. Now, I have issues with ./waf distclean, because it gives an error Error: run waf-light from a folder containing waflib. The Ardour folder is at C:\Program Files\msys64\usr\src and the waflib is at C:\Program Files\msys64\mingw64\lib\waf, and I cannot access that directory with mingw64, since it says that there are no such file directories. Moving that waflib folder to the ardour folder, and running ./waf distclean will gives this error Waf script '2.0.23' and library '2.0.20' do not match (directory 'C:/Program Files/msys64/usr/src/ardour'). Now what am I supposed to do? Since I have issues with waf situation. 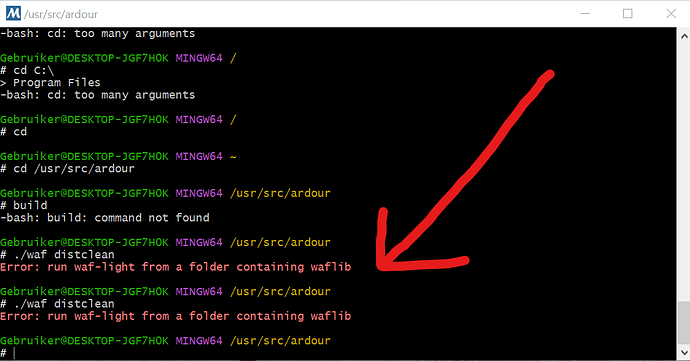 I do not know of any Ardour developers who use ./waf distclean. However, it does run normally here.

So, what am I supposed to do instead? Since this error seems like it cannot be fixed.

Generally I just use rm -rf build/ but the error would suggest that there is something else wrong with the setup. I don’t know what, because we’ve not seen that error before.

On the first run of waf, it “unpacks itself” into a subfolder with a name like .waf-<VERSION>-<HASH> You may want to check that this exists - if not that would be a clue.

Here are all of the folders containing waf:

The one that would matter should be in /usr/src/ardour

There isn’t any waf files at usr/src/ardour directory.

Your image paste above shows cd’ing into /usr/src/ardour, patching the code and then running ./waf

What do you mean with that? I don’t understand.

There are currently these things that are not folders: 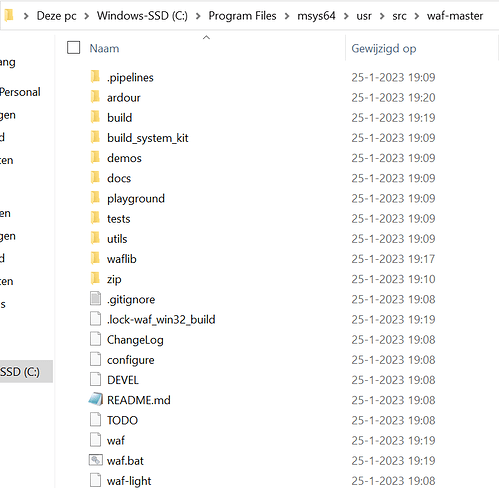 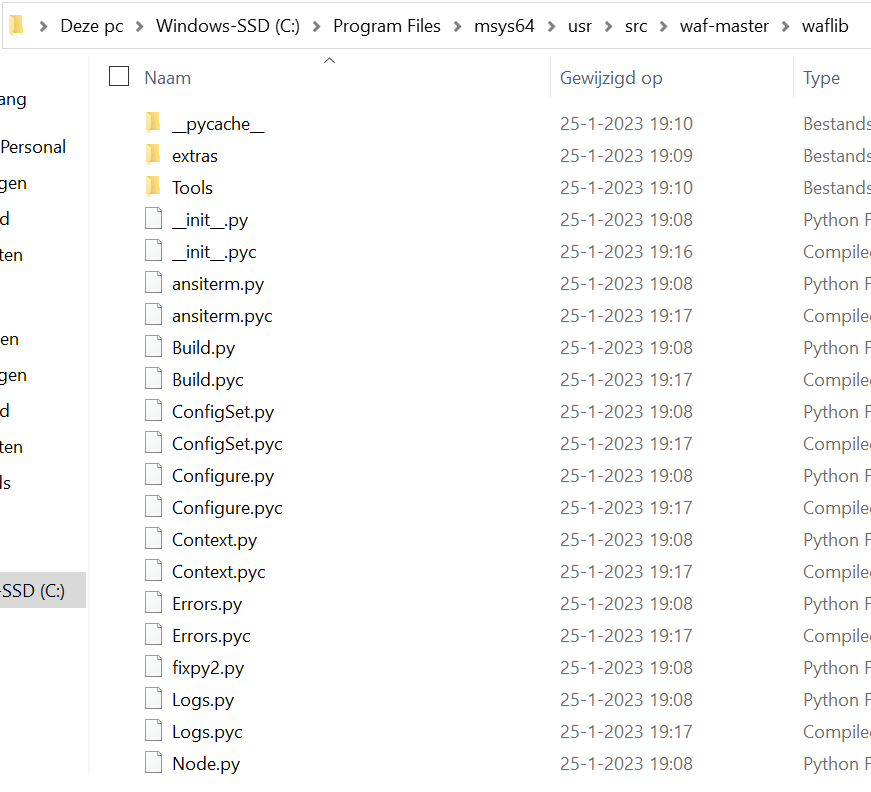 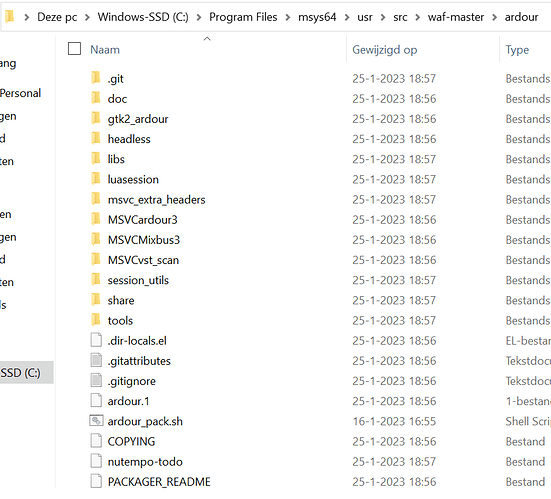 But I still experience issues with compiling, and I don’t know what the issue is.

You seem to have attempted to install waf as a system-wide tool. That is not how waf works. It is included inside a project that uses it. There is never any reason to have waf “installed on your system”.

That said, your image paste showed you using ./waf which ought to work. At this point, I don’t have any advice on how to proceed.

Hmm, now I get a different error. Also, I am using Discord, so where can I ask about issues with compiling? Like, which server is suitable for asking help with compiling? 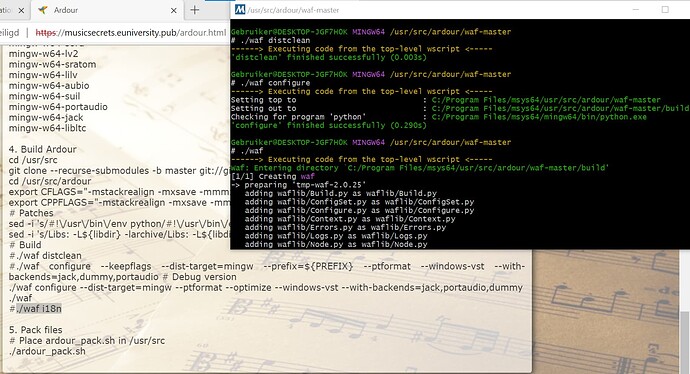 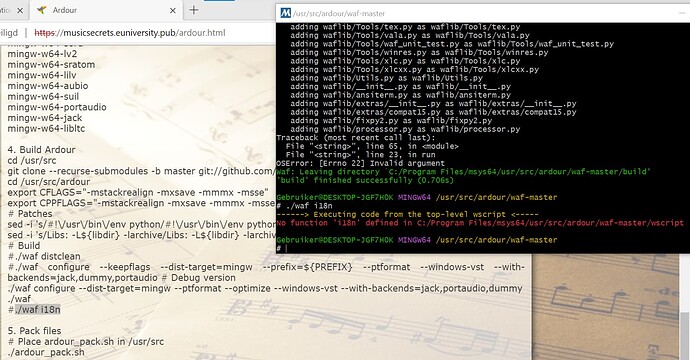 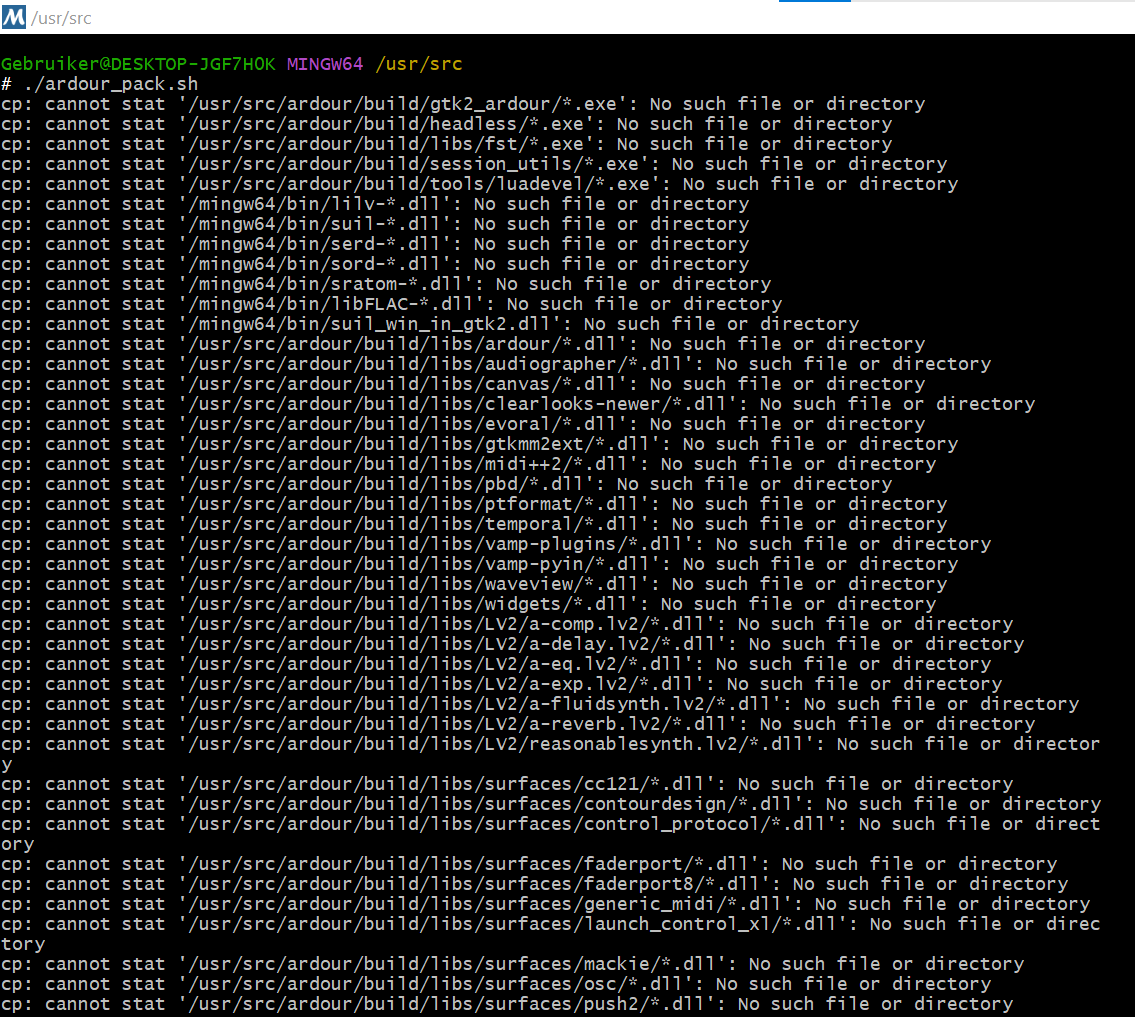 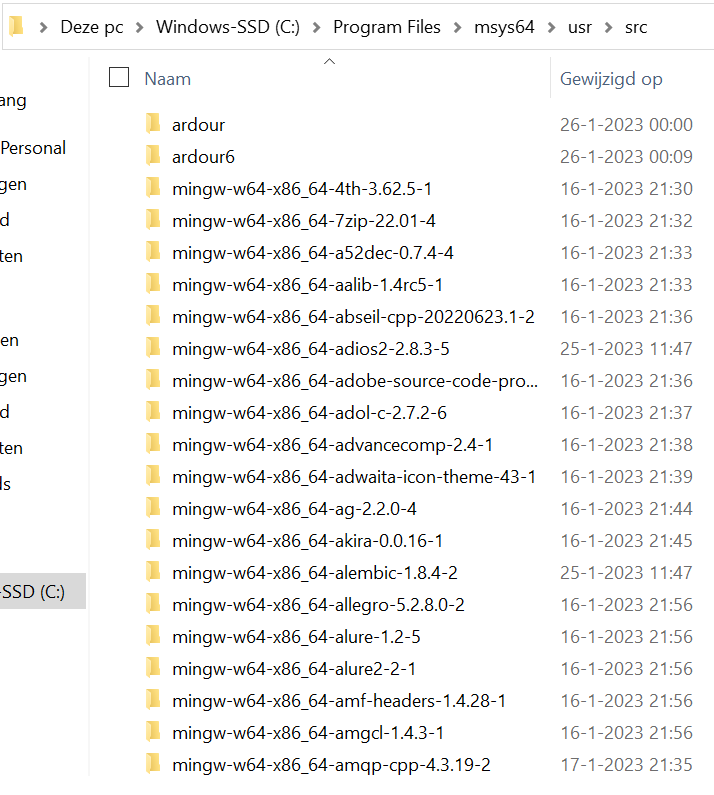 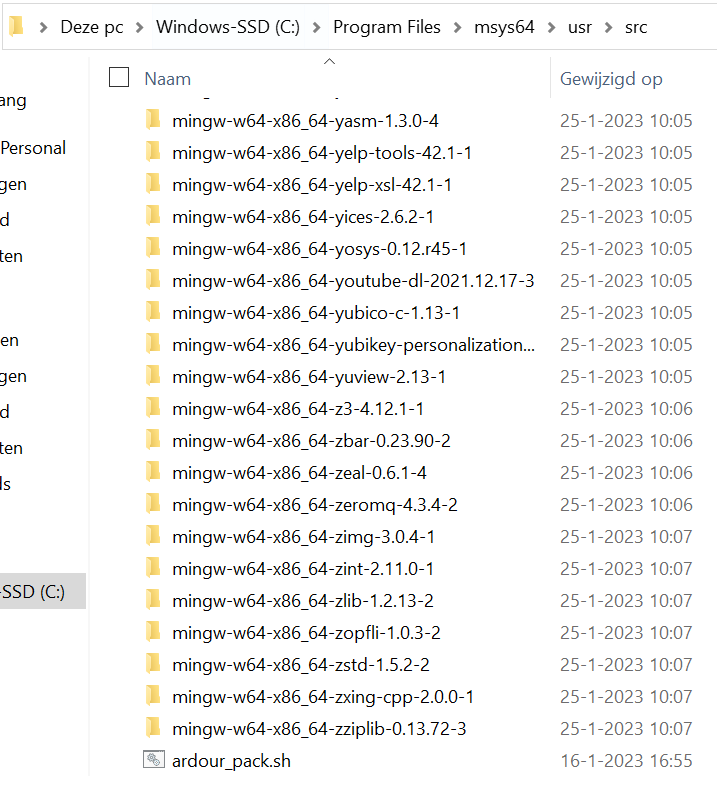 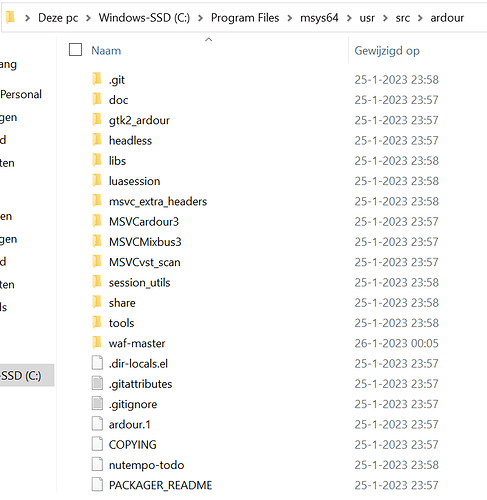 I can’t remember his name but didn’t there used to be an Australian guy who was building successfully using MinGW? Maybe that was before the days of waf though??

Your ./waf configure step is running … well, I don’t know what it is running

Based on the directory /usr/src/ardour/waf-master I would guess that it is configuring waf, i.e. attempting to rebuild waf rather than build ardour.

The “./waf configure” command should be run in /usr/src/ardour.

If I try to attempt that, then it gives an error like Error: run waf-light from a folder containing waflib

Why do you have a waf-master directory inside the ardour directory? Why are you not just using waf which is already in the ardour source tree?