Will ardour 7 have a-eq with knobs again

I tried a early version of ardour 7 m1, I like the non ACE eq version. This newer one that is in the 7 pre alpha has sliders instead of the knobs, I don’t like this, will ardour fix this. Because I’m using m1 I don’t think I can copy the plugin file from older ardour since it won’t be m1 compatible. 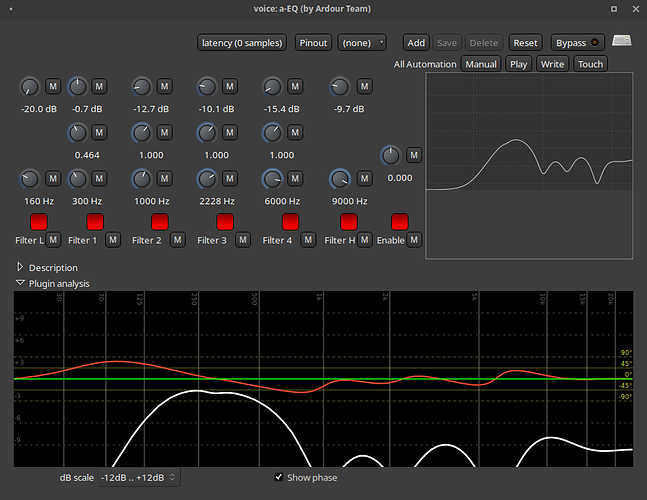 That GUI was built into ardour itself as experiment. A plugin could request it as alternative to the default slider UI.

However it never resulted in a polished GUI, and no one was interested to work on it for other plugins so it was dropped

There is however a custom made ACE-EQ GUI. Probably not yet bundled with Ardour/M1

So there’s no way to get back that version of the knob version of a-eq I guess I’ll have to get Comfortable with ace eq then.