I’m using the Vienna Ensemble Pro 7 (VE Pro) plugin in Ardour (Win10) with JACK and it works for 16 channels per plugin.
The plugin works by connecting over the network to the VE Pro server, which in my case is just on the same computer as localhost. The plugin should expose 8 (default but can be more) virtual midi ports (each with 16 midi channels) per plugin. I can see in the plugin settings within ardour that there are 8 midi ports. But I can’t see how I would be able to use them.

In all, I have MuseScore sending lots of different instruments, each with many articulations on a different MIDI port/channel, and each of those go to a MIDI track in Ardour, and then those MIDI tracks are bussed to a MIDI buss which loads the VE Pro plugin.

I have a feeling I can’t do this in Ardour, but there is this “Plugin Pin Management dialog”, and I’m wondering if that somehow would configure MIDI ports for VE Pro plugin.

Ultimately, I think I would need 16 MIDI tracks to go to a single MIDI bus, and then that MIDI bus would send MIDI on a specific MIDI port number thru virtual VE Pro plugin (kind of like how MIDI channel I/O can be forced on a MIDI track.

I hope that makes sense.

Create a MIDI track without synth and pick “Flexible-I/O”.

As opposed to “strict-i/o”. This allows a plugin to change the number of outputs of the track.

You should end up with a a MIDI track that has 8 MIDI output ports. You can then connect those individually to MIDI busses (or tracks) which each have a synth.

Should look similar to (here the track has 16 outputs, not 8): 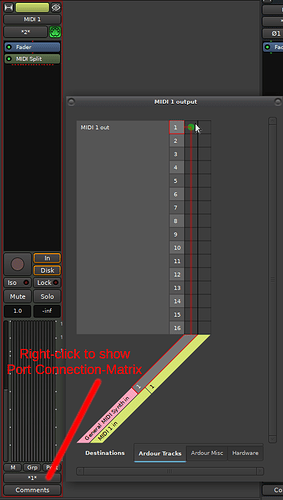 Whoa! That’ll be cool if I can get that to work. I’ll give it a try. I see I was missing something at the point of creating the MIDI track (appreciate the picture).

I did look thru that Pin Configuration tutorial and it shows audio flow, but no MIDI flow, but I’m guessing Red is MIDI, and green is audio. I did play around with that a little and I’m afraid I created some routes that I don’t know how to delete and not sure what ----- dashed routing lines mean.

I played around with it a bit, and I’m pretty confused now after trying various things.

If I understand correctly, the method you show is acting as a MIDI splitter. Which is part of the functionality that I’m looking for basically. If you were to check all 16 of the “MIDI 1 out” on that matrix to “General MIDI Synth In” in your picture, would those represent MIDI Port 1 - 16 that would be relayed to the synth in the plugin associated with that MIDI track/bus?

And if that was the case, aren’t those 16 outputs all duplicates of each other?
I want some MIDI channels (cause there’s more than 16) to route to something other than the 1st virtual MIDI port. These virtual midi ports are created per plugin instance by the plugin.

As a crude example:

I was expecting that loading the plugin would somehow expose those 8 virtual midi ports, but even if that was the case, I’m still probably thinking about this wrong, since I’m not sure how I would send a specific MIDI track or MIDI Bus to MIDI Port 2 or higher. And I can only connect to a VE Pro instance one time.

To give some conext:
The server can have different audio triggered from on different virtual MIDI port and channel.
And every instance can have 8+ virtual midi ports. 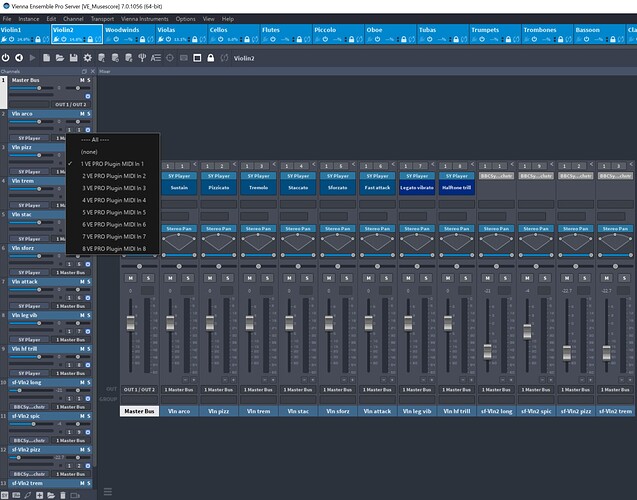 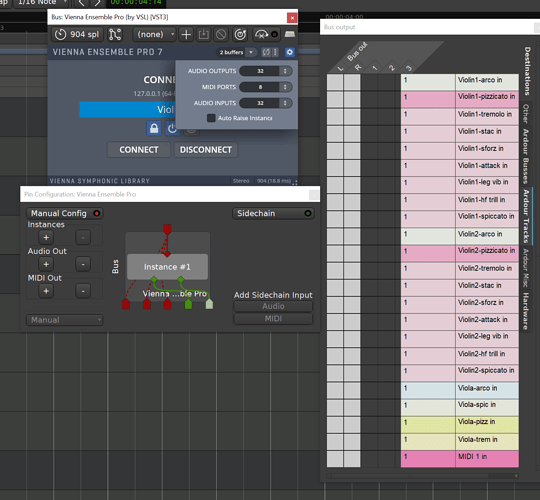 The plugin before anything is loaded. 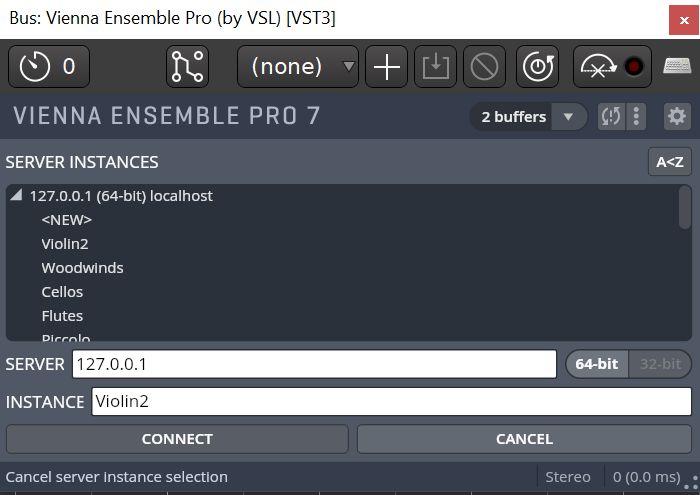 It’s not a deal breaker if I can’t do this, but it means I’m limited to 16 instruments per VE Pro instance, rather than unlimited.

Someone on the VSL forum had this to say:

I’m guessing that Ardour only supports VST2, which is limited to 16 channels per port

Is it possible that Ardour isn’t VST3 complete, and that’s why the extra virtual midi ports aren’t available?

I see similar issues reported for other DAWs.

@oscarcar do you need many channels in a track? this is correct?

I use this setup in general:

If you can’t put many instances to different busses (I never use VE) at the same time, ignore my comment.

But if the setup you want approximately, you need to know how to use many channels per track.

VE is standalone too?

If you need to able in a single instance of the plugin for reverb/spacing options, maybe jack is the answer.

As you suggest, I can make due with 16 MIDI channels per plugin instance. It’s kind of overkill, but there’s channels that rarely get used (there’s often only 1 articulation at a time) so it’s not like there’s much traffic on all the channels.

Good to hear your setup is very simliar to how I’ve been setting it up. I was mostly trying to plan for future expansion and wanted to set it up, if it was possible.