Hey, I have a new track that I made for a science fiction music convention; they brought me to MC the event as Toastmaster, so I recorded a song for their official convention CD: 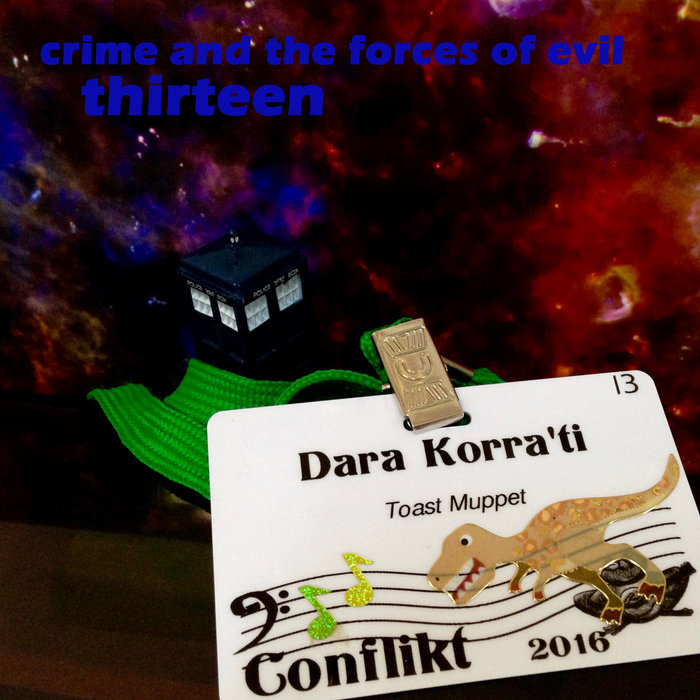 Thirteen, by Crime and the Forces of Evil

(It’s a free download now, since I made it for the convention. Though you’re always free to hit the tip jar of course

Since Conflikt is an SF con, I figured a song about Doctor Who being out of regenerations and kind of obsessing on that would combine pretty well with an early-metal sound and go over well. Also, after my very-folky previous album, I kind of felt like making a statement. And they seemed to like it, so yay.

A SF Music Convention? Very cool. I enjoy going to cons, myself. What was the name of that con?

Conflikt, in this case. There are several tho’. In my experience, most geeky music people meet up at larger, more general-interest conventions - PAX used to be spectacular for this in particular, because there was a room specifically for it. But the folk-oriented have got their own cons together.

I tend to go to the more general cons. My favorite right now is CONvergence in Bloomington (Minneapolis suburb) Minnesota. I stay with friends. We have a blast.