The Eighth - They Are Beautiful 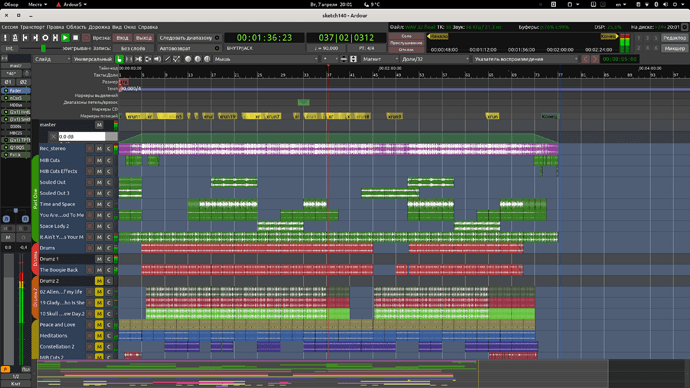 Recorded and mixed in 2015 in Ardour 3 or 4, as I remember. Also released in 2015. This release was my favorite for a long time so when it came to the 5th anniversary, I’ve decided to remaster and re-release it. So now you can find it almost anywhere if you’ll search a little, but here I suggest to compare original release with the remastered version.
Originally, the sound was bass-focused with “clunky” mid-to-high ranges. Now it sounds more clear but lacks a little bit of bass sometimes. However, I’ve managed to keep a rhythm a heaviness of all of the drums.
Unfortunately, for remastering, I had to use REAPER since I needed the dynamic EQ. There are nearly no good dynamic EQ’s for Linux (I am still making music on my PC with Debian installed), and I don’t want to run vst-bridges inside of Ardour. After the remastering was done I’ve also figured out that version of Ardour that was installed on my system at a time (kxstudio repos) was unstable and I could use another version (compile myself or use the official build for example), but that’s another story.