Quick question here - is it possible to have a recording “lead in”? IE: two bars of time before a recording starts, ideally with metronome?

Set punch markers and then start transport however long before the start of recording you want for a lead in.

Record with pre-roll does that. Except it’s hard-bound to 00:00:00:00.
Record-with count-in does count-in and start rolling (also works at zero).

Both are available from the “Transport Menu”.

Pre-roll duration can be configured in Preferences > Transport.

Is there a shortcut for Record with count-in?

Not by default, but you can set one in Window > Keyboard shortcuts

Search for “preroll” (If I remember correctly it’s under Global > Transport). 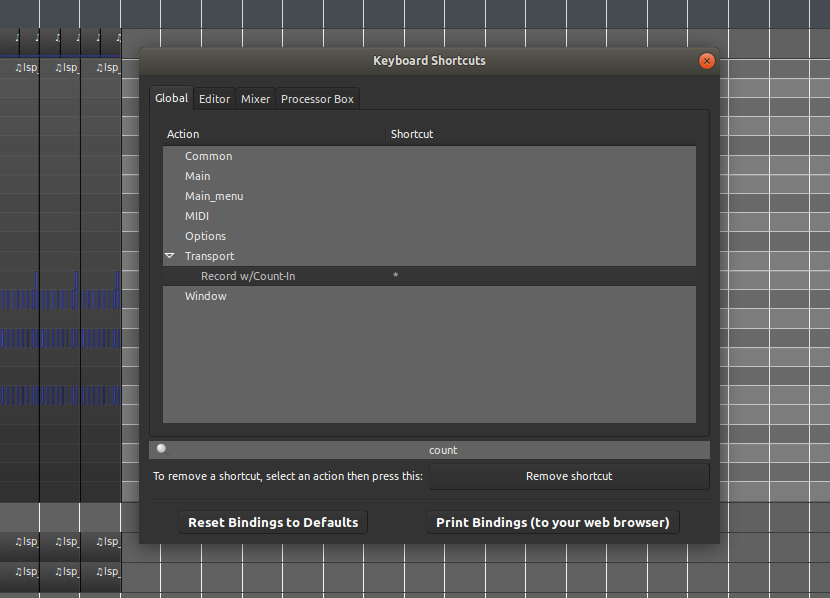 Keep in mind that “Record with Count in” clicks the metronome up to two bars and only then starts recording.
If you happen to play a bit early, just before the count-in completes, the onset may be lost.

Record with pre-roll, does already record during the pre-roll time, and them simply trims region start at rec-stop. You can later manually extend region-start.