After some researching what I understand would be the alternatives for making this work:

Linuxsampler: requires some understanding of command line for configuring the libraries and apparently is not the most stable thing in the world. That understanding is beyond me, forever I think.

Carla: initially made use of Linuxsampler but now moved to SFzero, requires understanding of “Carla” xD one has to put the right folders in the right places I imagine. This I could give a try, but don’t know really where to start.

Sforzando: through wine one can open its standalone version and then call it up from Carla as an LV2 plugin inside Ardour. The whole wine thing I tried more than a decade ago when I first started using Linux, and it was for me as cumbersome solution as harmful to my system that I just gave up.

Sfizz: the most promising for what I can handle, has a LV2 plugin published and all: https://github.com/sfztools/sfizz/releases/tag/v0.2.0
I downloaded it and pasted the lv2 folder in my .lv2 folder, but nothing happens.

Redux from Renoise: it has a demo version that I haven’t tried yet as I would look for a more “free (as in cold refreshing beer) full working” thing.

I’d appreciate if some connoisseur could take my hand and walk me through the most hassle free way to make an SFZ soundfont work in Ardour, preferably without messing around too much with terminal, I feel comfortable with Synaptic and .deb packages

Just download the binary and move the liquidsfz.lv2 folder to your lv2 directory.

That works!! This is so hassle free that I am both ecstatic and wondering why didn’t I stumble upon it before, liquidsfz was never mentioned anywhere!

Thank you so much.

why didn’t I stumble upon it before

Perhaps because the project is only 3 months old? Another equally young and promising sfz player is: 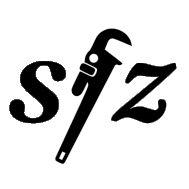 SFZ library and LV2 plugin. Contribute to sfztools/sfizz development by creating an account on GitHub.

I actually listed Sfizz as an option in my first post

Wow thanks for this! I also thought I had explored every available route, but had completely missed liquidSFZ.

I’m just glad that there are more options now. It used to be Linux Sampler or nothing, but that is not the case now.

You may want to try Sfizz again. There have been a few small issues with packaging AFAIK.

Alternatively you can build the plugin. It is quite straightforward.