Riot Club uses Ardour (and LinuxDSP plugins) in recording and mixing. We aim to improve our quality by each release. Mastering done by Jaakko Viitalähde. 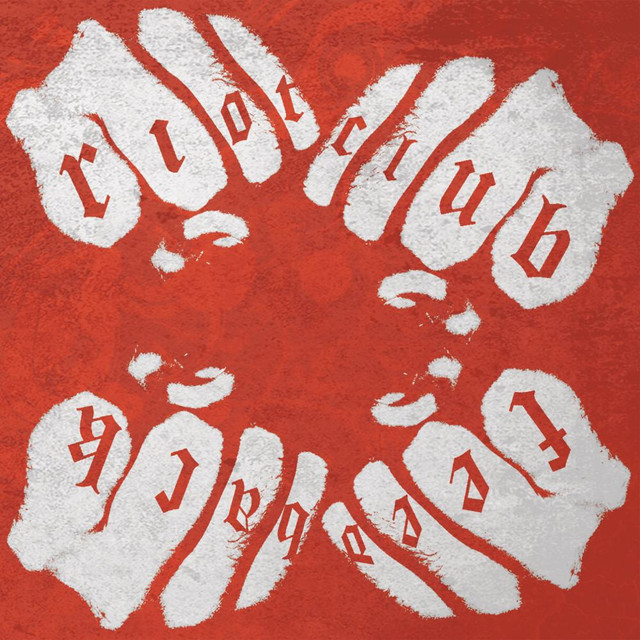 Sounds good, reminds me of 90s grunge music, which is a good thing. Sounds like really clean recordings and good mastering skills too.

Thanks guys. Next time we want to record drums in a good studio, maybe bass too. I’m not myself, as the guitarist, happy with how the guitars turned out. I’ve also changed my sound after this recording, from the Lespaul-Marshall scheme, more to the Stratocaster-Hendrix scheme. More headroom, more dynamic sound. Fuzz always on. Clean up with volume pot.

Also we didn’t really have much options with preamps and mics, so AKG C414 was used for almost everything, along with the preamps of Saffire LE. This is another area where I’d like to spend more money and time to get it better.

We mixed the whole thing together, so obviously it was the traditional “everything as loud as possible” -type of thing… The drummer wants the bass and snare drums as big as possible, the bass player uses different types of overdrive and basically takes away frequencies from me, the guitarist. Even with only four songs it was a daunting task. Hopefully next time we have enough money to hire someone to mix. I’m happy with the mastering.

Listening to it right now and listening over my laptop speakers in my bed, so keep that in mind…

Based on your comments, keep in mind mixing will never be a substitute for arrangement. Listening to your mix you got some decent stuff going on, but could be improved, and if you have to many instruments trying to do the same thing you will always have a problem. If your bassist is using 4 different types of overdrive, it is a conversation to be had if you as a guitarist feel like it is competing with what you are doing. At the very least however make sure to record both a DI clean send, as well as mic up the cabinet for the distortion effects and sound so you can play later. I would say the same thing for guitar even if you can and run it through a reamp process later can be useful.

Learn to appreciate using dynamics in songs. This is one of the misunderstood keys to arrangement, that people especially since the 90s tend to forget and is what sets out bands that use them properly best. Just listening to the first song, there are parts where I would love to hear you go quieter to give you room to build for more impact later, etc. As it is right now

The rest of your mix is so thick in most places, your vocals sound very dry in comparison to me. At least on these speakers. I also don’t get much kick drum out of these speakers as well, the attack of the kick could probably be brought out a bit more. That latter note is probably more for mastering, but hard to say obviously. And obviously I am aware I am not getting bass out of laptop speakers, I am more referring to hearing it at all.

Thanks for the comments;

I know you’re right about the importance of the arrangement. I also like dynamics, and I’m the one who usually tries to keep the dynamics in the music and in the mix. However, the process of producing the songs is, in my band, a democratic process, so it doesn’t take much to give in to the loudness war. Also I’m not going to tell my band members how to listen to music, so it is what it is, and the end result is a mix of each of our personalities and tastes in music, affected by the ego war that is always going on when everyone wants to contribute. A producer would be nice, since I would love to give the final word to someone else, and I think that is the best way to go.

The bass has recorded straight through DI-box, no amp nor effects at all, so the issue with the bass competing with guitar soundwise is controllable, but as you said about the arrangement, ultimately the way we play it live, with more effects, it shapes the way the arrangement ends up and how it will sound on record.

I don’t really have an opinion on the vocals myself, I don’t have much experience in recording vocals, and I nor anyone else had any vision about how it should be done. I guess the best way to go would include a choice of a microphone and preamp, but here we didn’t have the possibility.

I kind of like the kick drum. I don’t enjoy too much “kick” in it, as they do in live mixing, I like a more natural sound. But in the end I have no real vision on how to do it.

As I said the kick drum note is more of a mastering note than anything most likely, as there is none at all on my laptop speakers, which I doubt is what you wanted.

My personal opinion is that Live should be different than Studio, so I wouldn’t let the way you play it live shape how you record the music for a disc. Then again I am a big proponent of live music period and feel it shouldn’t try to imitate the CD either.

Gotta go for now though.

I never listen from laptop speakers

But of course, it should be taken into consideration the more you go pro.

We listen and think highly of the Chili Peppers and Rage against the Machine, who have very much the live sound in their recordings. Simple is good, but the song and the arrangement are then put to the test.

There are nice things in our EP though, like the many vocal tracks on the chorus of Pressure to Conform. It won’t sound like that live

I went to puchase your ep from emusic.com but unfortunitly

“We’re sorry, eMusic is not available in your country.”

Your music reminds me a lot of Australian band Grinspoon.