Here’s a little (well OK… pretty long) exercise and experiment dabbling with post production on a source live recording. We are working on a new album of all new original material but in the meantime we have quite a few recorded and filmed live jams so because we are the artists and the label and because we can we are releasing some of the “better” ones (in our microcosmic estimation) on Spotify and all major streaming services. This one turned out pretty trippy and I had a lot of fun with Ardour and the Shiroverb, TAL-Dub-III, TAL-Reverb-II plugins. The uhe Presswerk compressor and Satin tape flanging plugins came in quite handy as well… This song “I’m A Ram” was originally an early 70’s soul tune by Reverend Al Green, I first heard it from one of my fave Canadian bands Big Sugar in their early days and later by American Jam Band extraordinaire Gov’t Mule. We’ve kind of done our own thing with it to cartoonish proportions… equal parts primordial riff rock, heavy dub reggae with an ambient noise guitar solo… We also got a pretty fun video out of the deal experimenting with Cinelerra-GG so without further ado here is “I’m A Ram”. 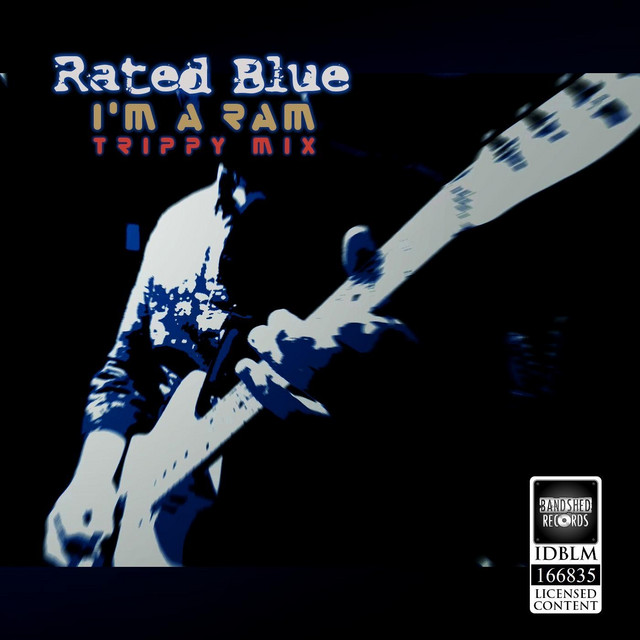 I'm a Ram (Trippy Mix), an album by Rated Blue on Spotify

This song (Big Sugar style) was a jam standard back in my hometown, can never get enough. I like the additional drums/percussion and the guitar solo. You should do a few more takes for video purposes so you can cut between shots.

Thanks for listening and commenting! Glad to meet another Big Sugar fan!

The video was shot quite some time ago so probably won’t revisit it, I’m lucky to have a nephew that enjoys doing some camera stuff occasionally but video editing is an even worse rabbit hole than recording the damn songs in the first place…

One more technical question. Did you record the same drum instrument / mic for AVL drumkits samples? Because your kick in this composition sounds very great (soft and dry), but when I play with Black Pearl or Red Zeppelin - they sound different (it seems too much room reverb in samples). Or may be you used some special plugins to your kick in this song?
Guitar - no comments )) - fantastic, as usual///
Many thfnks!

Thanks @cooltehno for the very kind words!

I use a combination of floss and commercial plugins for vocals, I usually use the built in Ardour highpass/lowpass filter to roll off at 250hz and down, then I add the TAP tubewarmth plugin at a setting between 6 and 8 depending how much tube dirt I want, from there I use a compressor (either the linuxDSP DYN-500 or the uhe Presswerk "warm n’ airy"preset) for compression and depending on the song I’ll add a touch of delay with Ardour’s a-Delay and a touch of Reverb with the TAL-Reverb-II plate emulation. I used to do reverbs and delays on busses but I don’t really like doing it that way personally. Very often I will make a duplicate track of the vocals and pan it differently and free drag it to create a delay.

As far as the drums you have very good ears! A few things are different:

) and the linuxDSP Pultec “PEQ-1A” plugin. I don’t often compress a Kick but usually apply a limiter to tame them a bit.

Hope I haven’t over explained, thanks again for your comments and questions!

GMaq, big thanks for the detailed answer! So many useful info…
Need to look to TAL-Reverb-ll and a-Delay (I’ve no much skills in unobvious “hz” things) - so I think these effects had attracted my attention in general)/

The real drum equipment - is an unknown area for me - thanks for the explanation from the practician, now can understand how the recording live instruments is complex. )) Makes an impression.

Good luck and new performances to you, GMaq!