Latest creation. Tried to tie in some more orchestral things.

First part is pretty soft, but second part has some “thwack” to it…

As always, thanks for listening! 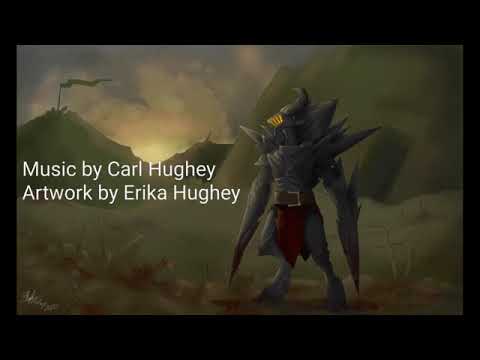 Sick tone man! Congratulations! My favorite song of yours is still BreakFree but this one us also really cool. Can yiy give some info on your gear? I really like your tone, it’s awesome

NIce track! I enjoyed listening to it. What did you use for the orchestral parts?

Thanks! So actually “the plan” was I was going to use “Virtual Playing Orchestra” sample library that I saw @unfa showcase on his youtube site. Definitely worth checking out. I have a Yamaha “MOX8” synth that has pretty good sounds. I really like the cello and violin stuff especially.

Anyway, what you hear are the sounds from that keyboard. I had planned on taking the MIDI data I recorded with the keyboard and play it back through the VPO samples, which sound really nice. But, life took over. I got used to hearing the Yamaha sounds, and other stuff took up my time, so I ended up going with what you hear…

I’m definitely still interested in doing more with the VPO stuff, but will have to wait for another time. Thanks for checking it out!

Wow! That was great!

The thwack part was mixed very well too, I could live for a month in that great guitar crunch tone and the drums are very powerful and focused as well, my only critique was it didn’t last longer! I wouldn’t have minded a bridge or breakdown in the middle back to another orchestral part with the guitar and drums together but that’s just an opinion… more please!!

Thanks so much for the kind words! I took your and a couple of others advice from previous songs and really tried focusing on removing the low-mid mud and getting the drums and guitars to pop, while trying to keep the bass line strong too. Started with your 100hz highpass trick on the bass (did seem counter-intuitive at first…) and also did some other minor surgical EQs. Appreciate the tips and think I’m starting to get it. Sometimes I need repeated whacks to the head…

Yeah, maybe the keyboard sounds I already have aren’t that bad. Wanted to try to go through them and at least A-B between what I could get with VPO vs the hardware synth. Probably will end up with a mix in between the two approaches in the future.

As always, appreciate your feedback and I’ll keep plugging at it!