Very good - great vocal, great drums - must be real. From time to time the bass growls a bit and in some passages goes a bit too far astray in my opinion - but it also adds some character or signature to the music.
Maybe strings (violins) could be added a couple of minutes into the song - done tastefully it would not ruin the organic feel to it.
All in all, great work - thanks for sharing.

Cool. I was listening with headphones. The bass track seems to be (for me at least) a bit on the right side what is confusing me. The mix is very clean for that music I would prefer some more dirt in it

Thanks a lot guys for listening and commenting,

Good suggestion! I actually was contemplating some strings and a Hammond B3, I got this far and liked it as a live sounding trio but I think I will probably put a little more produced version on the final CD project.

Actually the bass is panned somewhat to the to the right, in a song like this the bass and guitar are dueling it’s not really the same dynamic where the bass is just a part of the rhythm section. My frame of reference is late 60’s stuff like Cream and The James Gang which often had guitar hard right, bass hard left and drums up the middle. I feel a rant coming but xherbie it isn’t directed at you necessarily…

[Rant]
In my opinion generally speaking producers today are way too uptight and rigid about where stuff is panned, Of course I truly like a lot of current music and the great production quality we enjoy now but I still have a soft spot in my heart for the experimentation of the late 60’s where there was a hunger to try new things and panning was just another tool for sonic artistic expression. I find it funny in our earbud dominated age that if you pan a bass (or God forbid even the drums) to one channel or the other people think there is something wrong, add something like a stereo Rhodes or Wurlitzer with ping-pong panned tremolo and people are pawing at their ears like a hornet flew in there…
Last year my family and I went to the Cleveland Rock&Roll hall of fame, they had a theatre there where they did a summary of the inductees since the hall of fame was established, they also played snippets of the songs of the artists who were inducted starting from most recent to the oldest. In my mind there was a stark contast to the ‘perfect’ production of recent artists and the really groundbreaking production techniques of the late 60’s in stuff like The Jefferson Airplane, The Small Faces, Hendrix etc where anything and everything was panned all over the place. It was the difference between merely listening to the music or actually being drawn into it I certainly don’t suggest we go back to the late 60’s in musical or cultural styles (we couldn’t if we wanted to) however I think popular music could certainly ease up on the fixation of pushing the boundaries of public taste and divert some of that effort in to channeling the same spirit into creating a better variety in production techniques.
I think dumbing down and homogenizing music to sound good in something as potentially temporary and ill-concieved as stereo earbuds (just wait until the ambisonic skull implants come out) is as repressive and repulsive as the bland cookie-cutter conformity that triggered the late 60’s cultural revolution in the first place…
[/Rant]

@GMaq: At least we don’t yet live in a world where iTunes is the only way you can access music, and it gets automatically re-mixed by some artificial intelligence algorithm to some pre-defined Apple standard in order to guarantee “optimum” user experience on your iDevice(s)… hmm wait a minute…

My frame of reference is late 60's stuff like Cream...

Can’t go far wrong with that…

In a lot of those recordings, the panning just mirrors where they were on stage. In a lot of very early ‘stereo’ studio recordings left and right were just used as extra tracks / channels - most people would be listening in mono anyway. There has been something of a ‘revival’ of this hard left / right panning with renewed interest in classic analogue consoles such as those by Neve (which if I remember correctly, had only left / right pan ‘switches’ - or possibly a pan control you could optionally switch into the channel)

Yes exactly! It’s funny the transition from mono-stereo, for instance George Martin and the early Beatles using it pragmatically as an extra track…“Hey we have another track…let’s put ALL the vocals over here” and then a few years later with Revolver and Sgt.Pepper making the stereo imaging an integral psychedelic (and psychoacoustic) effect in the songs themselves.

It’s funny you mention the Neve, have you seen the Dave Grohl film about the Neve from Sound City ?, great doc! A good friend of mine was an Engineer at Ocean Studios in California a few years back and the last year he was there they re-did a studio with all tube analog stuff including a Neve and Fairchilds etc. to court the new (at that time) emerging interest in getting away from ProTools etc. I think they were a little ahead of their time and the customer interest was not sufficient to offset the considerable cost of all that vintage equipment. Now that Dave Grohl has done it hopefully a lot of new artists (other than the obvious Foo Fighters) will explore recording this way not to supplant digital DAWs but at least give an alternative sound experience to listeners.

In the meantime I thoroughly enjoyed the PEQ-2, DYN500, BlackEQ and the FC-70 when recording the song above, your perspective and experience is very much needed and valued!

@GMaq: Yes - I saw the film, enjoyed it immensely - I have a genuine affinity for analogue gear, I was an analogue audio engineer (and enthusiast) long before I got into DSP. I currently run some tube monoblock amps which I designed and built as my monitor amps - and I consider it something of a personal mission to prove that you can capture / recreate the best characteristics of analogue gear with modern digital techniques

Replaced the original mix with a full mix including strings, b3, percussion, and a new vocal…

Yep the strings were a great idea

Loved the Skookum song, thanks for the link, great sounds and arranging! I think with some good synths and an able player Ardour would easily be up to the task…

So you added the strings ;-). Whether it improves the recording is a matter af taste - I happen to like it, at certain points i think the strings sort of underline the mood of the song.

There are so many unknown gifted musicians from Canada - you, your collegue Dick Macinnis, - and you probably don’t know Skookum aka Janine Balmer. She has made a song called “Limbo” 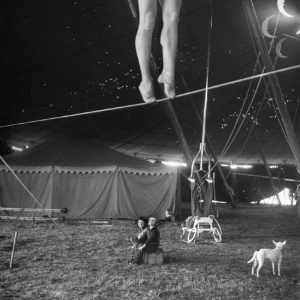 Music available on SoundBlend by

A different kind of song - this song has also strings - I wonder, if it is possible to make that “philharmonic” sound in Ardour?