MIDI note not played in loop

I am trying to loop a section of a MIDI track, however, if the loop range doesn’t include the beginning of a MIDI note, the note won’t be played. 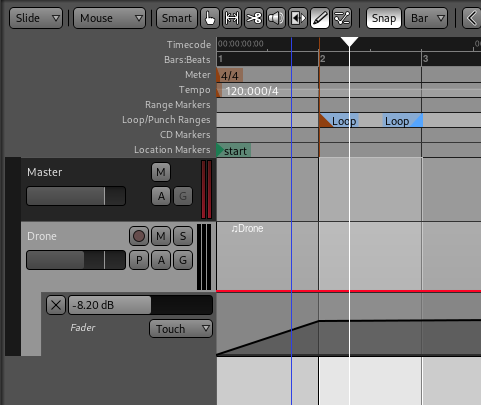 This loop range will play the note: 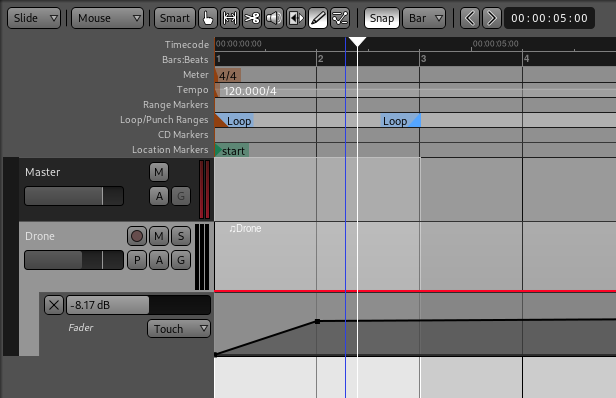 I’m not sure if there is a setting that needs tweaked somewhere or if this is a bug.

This is a well-known bug, with at least 6-12 independent reports at tracker.ardour.org

There are more detailed explanations of the problem in one or more of the bug reports.

As a “quick and dirty” workaround until this issue is resolved: Is it possible to automatically make Ardour temporary make the starting point of the region a millisecond (or what is needed) earlier every time one hit the play or loop button if it has a midi event at the start?

I have used the workaround of moving the start point earlier for a very long time now, but occasionally, it is really a workflow killer to do this manually and after that move the point back. Especially when I’m working creatively or have a client behind my shoulder.

Ah, okay. I’ll take a look at the tracker.

Thanks for a workaround.

There will be no workarounds added to Ardour for this. I have put in probably close to a year in two separate attempts to redesign how we represent time, which is the fundamental issue here. These changes will one of the major changes for Ardour 7.0.

“if it has a MIDI event at the start” is precisely the crux of the question, and the answer in cases like this, from Ardour’s perspective, is “no”.

The best way to avoid this behavior is to ensure that you never mix snapped region boundaries and unsnapped notes. What is happening here is that there’s a note at (say) 0.2728 seconds and a region start at 0.2729 seconds. The region start is after the note start, so the note start is not considered to be within the region. If your notes are all quantized/snapped to the same grid as the region boundaries, this does not happen.

Thanks for answering. I have already been given an Ardour 7 MIDI comment on a related issue on the Harrison Mixbus forum earlier and will continue to do so. I wish you a fast and good ride to the 7 version!

EDIT: …and thinking about best practices when using Ardour/Mixbus MIDI as composition and creative tool where stuff are copied and pasted everywhere: Then I think it might be wiser to move the initial notes just so slightly forward and let the start of the region be as it is. It’s probably the regions one wants to copy when doing initial MIDI work when composing and arranging and the notes can easily be quantized later.