In the English version it’s under Global -> Transport -> Toggle Click

The default shortcut is a grave accent `

PS. you can use a backslash to escape it for markdown syntax, like this: \`

Hi Robin,
thanks for the quick reply!
I searched for “metromone” and “click” and the german “klick” as well… Nothing found in the shortcut menus…
Turning it on/off with mouse is working. But I prefere the quicker option Shortcut. 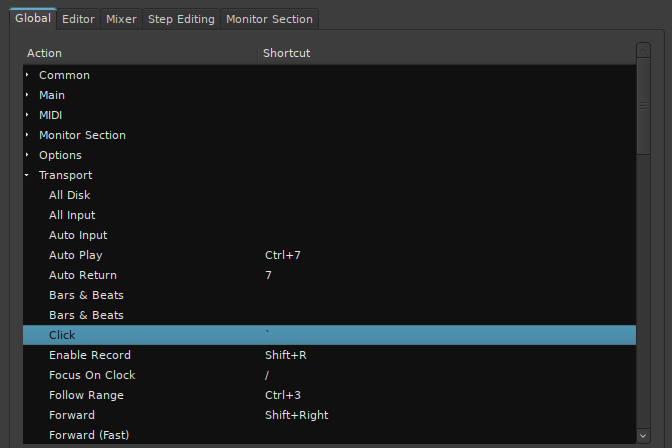 It should be “Klick” in the German version

okay, now I found it. Sorry, I thought that I tested all sections with looking for “klick”…

Now I changed the shortcut to the key it supposed to be, but without SHIFT: 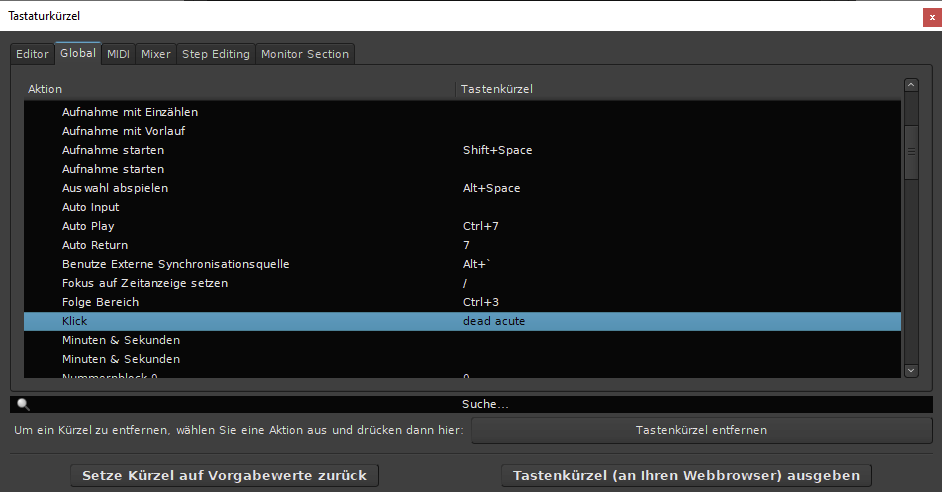 I guess the german keyboard settings aren’t compatible with the shortcut.

But for now I’m happy, thanks!

It’s a pity that Ardour has default keyboard shortcuts that only works on EN / US keymaps. Sigh.

<humor>This is the ASCII - thing all over again, US not thinking about the rest of the world

I also use metronome all the time turning it on when recording and then turning it off. The new shortcut does not work on my keymap (Finnish).

I wonder should keyboard shortcuts also be localized just like translations. It’s kind of useless having default shortcuts that won’t work because they won’t map to a single keys on your keyboard. The rest of the world will have to use custom keyboard shortcuts and because there is no default for anything other than EN / US keymaps, these shortcuts differ from user to user inside the same country. I guess this is not a huge problem, but when you collaborate on a session and sometimes edit it on your friends machine, you don’t have your shortcuts, because everyone has their own. Localized default keyboard shortcuts that works across a language would be nice

Ardour has distributed non-US keyboard keyboard shortcut bindings in the past. They were not very popular, and it seemed that most people still seemed to want to personalize them anyway. Maintaining multiple sets of shortcuts is a significant extra burden on our workflow.

Shortcuts are not part of a session, so if you have personalized shortcuts, you will always have them when working on your own machine. If you’re working on someone else’s machine, they won’t have your shortcuts anyway, unless you use an unmodified set.

It’s a pity that Ardour has default keyboard shortcuts that only works on EN / US keymaps. Sigh.

Localized shortcuts are sort of OK as long as people actually maintain them. Unfortunately, it’s one of those areas where the Force is strong with bit rot

I can live with the current situation. It’s been like this since I bought Commodore 64 in 1984

My brother is a professional coder and he has just given up and uses a physical US keyboard even though then it’s hard to write characters of our language. This is how hopeless the situation is. I was kinda hoping that current maintainers of translations could perhaps maintain shortcuts also, they don’t change all the time. Thanks for your replies guys.

My brother is a professional coder and he has just given up and uses a physical US keyboard even though then it’s hard to write characters of our language.

It’s also easy to change the keyboard layout, and one can even configure layouts per application. I used to do that but these days I’m constantly with US Layout and spell-correct adds umlauts for me as needed.

Maybe just get one of those 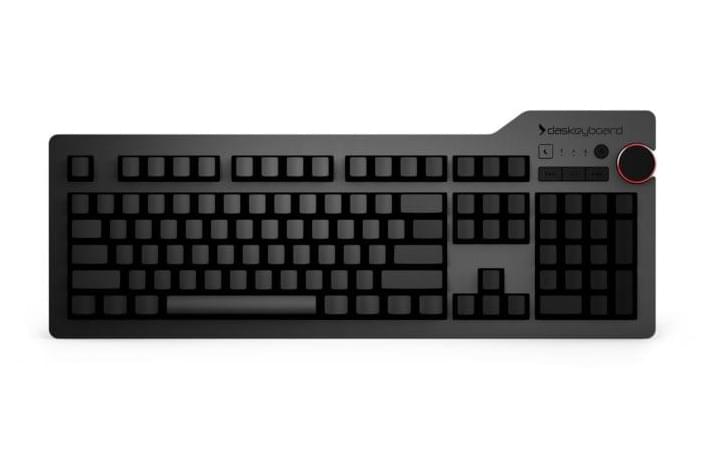 Definitely. I hardly type any French at all. If it’s not English, I type German which has less than a handful of umlauts. Still, changing keyboard layouts (and typing blindly) has been my go-to solution.

I actually don’t know about Windows, but Linux and MacOS allow to also define keyboard layouts per app. That may be a way out.

Maybe you like some keyboard stickers? Someone made those in the past (they’re probably somewhat out of date though): 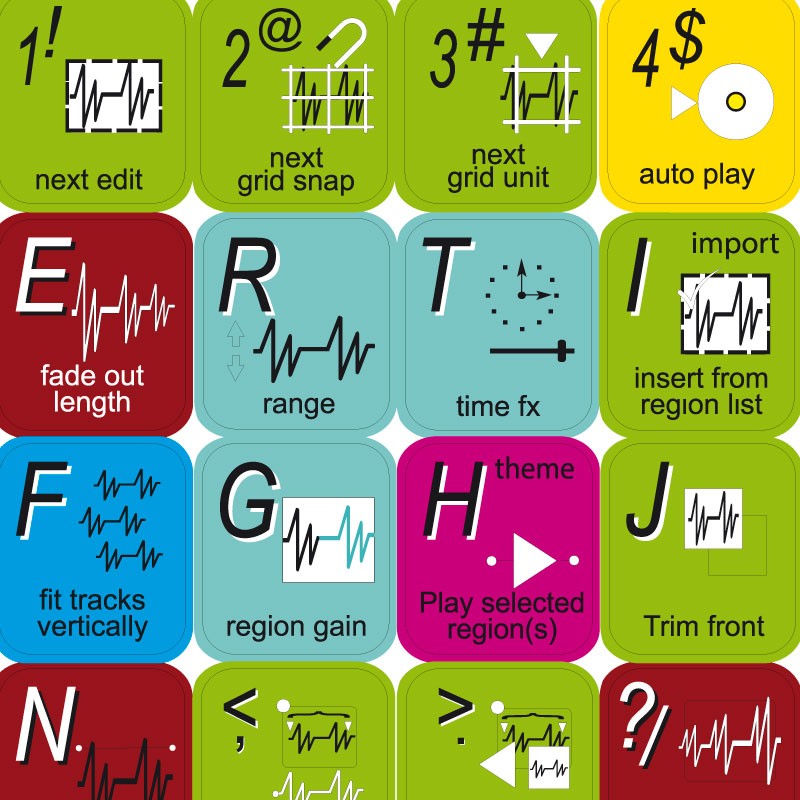 I recall that there was also a svg or pdf published on the forum, in case you want to print them yourself, but I cannot find it just now. 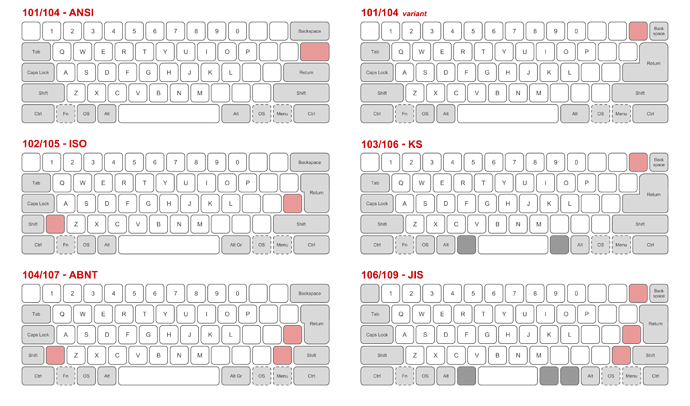 In my company they gave me a laptop with an ANSI mechanical layout, and they said “just buy some stickers, and set the Spanish layout”. And no, that’s do not work, at least for me. So, I work with an external keyboards with an ISO mechanical layout because:

EDIT: Sorry for the rambling, but this is a subject that somehow affects me because I am bit tired of “just buy some stickers, and set the Spanish layout” sentence.

The main difference is that your cases are generic: typing spanish, or edit source-code.

A DAW on the other hand is specific, and the keyboard shortcuts are positioned ergonomically for a dedicated use-case. Many DAWs also have a shared common set (learn once). That being said, there are also case where this falls apart, you may want to re-name tracks…

The only real solution would be for someone to step up and volunteer to maintain keyboard shortcuts for their locale and the keyboard-layout used in that locale. 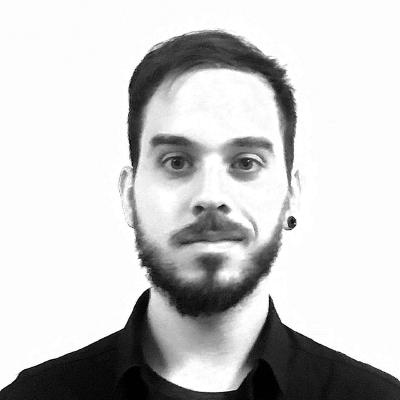 Generates cheatsheets for your (favourite) apps. Contribute to nathanlesage/cheatsheet-generator development by creating an account on GitHub.

Eventually this is of interest for Ardour?

Just for the record, I wasn’t complain about Ardour shortcuts at all. I was just adding more information to the conversation, because I think that beyond software layouts there is another problem: the mechanical layout.

I am used to see weird shortcuts everywhere. Try to comment code with a IDE made on Redmond by a company with a lot of resources. But I usually think “ok, this is because it makes sense in an ANSI layout with en-US language”, and if I really need it, I will change this or that shorcut.

It’s also kind of strange to serve users in just one country / language but not others. But that’s how it’s been for decades and with all kinds of software.

Not so strange when you consider the context, which is that is a LOT more work, and it’s very easy to get bit rot (aka stuff gets outdated easily) for something like this.

For the record I’m also Finnish and have been using the US layout for years now. When I need to type Finnish, I just switch layouts with shift+caps.

On linux I find the US layout is so, so, so, so much better to use. Things like tmux, bash, vim are on a completely different level usability-wise on the US layout. (compared to the Finnish one)

But yeah, I’m also a coder, so coding is another thing that is a ton easier on your poor hands, as the special characters used in a lot of coding are much easier to access.