Here’s a link to my latest creation made with Ardour:

To give a little background; I’m a hobbyist making a bit of music for fun. All software used is linux based. Drums are Hydrogen generated. I play guitar and bass, and then make some rough noises into an SM57 to act as vocals. Everything is recorded into Ardour 3 and then I spend a few weeks on and off trying to make it sound somewhere near what I originally intended. Currently I am mainly using the Calf plugins except for EQ - for that I use the TAP EQ.
You can tell by listening that I’m not very good at any aspect of this but I am trying to better myself. So in that spirit, if anyone fancies giving me some constructive criticism I would be very appreciative. I’m not easily offended so feel free to be honest about what you think.

Hey this is actually pretty good!

Nothing i could really say could be improved on. Very convincing drums, nice tight guitar and bass. And the vocals are very good.

The mix is well balanced too,.

Hi Guys,
thank you for taking the time to listen and providing your kind words. I am pretty critical of my work (I’m quick enough to criticize anything bad in recordings I hear on the radio etc so I owe myself the same treatment). When I’m slowly going through the mix process I tend to find myself listening to CD’s of professionally recorded albums, then listening to my own recording and noticing the big jump in quality. My recordings lack the clarity and perfection that I am looking for when I listen to music (kinda funny when you consider I listen to Emperor, Cryptopsy, Mayhen and other similar artists who all had early albums that sounded like they were done in a shed with a 4 track run into a tape deck!). I am relatively pleased with this track as a progression from the previous recordings I have done - it 's clearer (ie better EQ’d) and doesnt suffer from some of the errant frequencies my earlier attempts have been bugged by - but I still look at my skills (as a musician and recording tech) as very much a work in progress.

As for the drums, I am using the GCSW big MONO kit. Thus far its the best multi layered kit I have found (and as I have found multi layering is a must for trying to get anything like a realistic sound). That being said, with the kick and the snare I am fairly dramatically changing the colour of the sound with the EQing I do.

LeatusPenguin: what do you think would be better for the snare - are you thinking fatter or more high-mid crack?

As for the Guitars, I am currently running a line out directly from a Boss GT6 effects pedal into the preamp of my Maudio OMNI box. I had tried guitarix in the past but I struggle to get anything like a decent tone from it (most likely due to my poor understanding of the effects chain, aided by the fact that I am sure that guitarix doesnt work properly on my install). Anyway, for this track I recorded the main part using two different patches; one to get the deeper grunt and one that was much more high end and gave more clarity. I panned these two tracks mid-left and mid-right. This is where some of my lack of skill plays a part too - I tried multi tracking these parts but my timing is too far out so if I record the riff with the same guitar patch (ie doubling it) when played back it kinda comb filters and gives some weird phase like effects. Seems doing it with two different sounding patches goes a long wall to fixing this. Also, because my playing isnt clean enough (technically that is, not in terms of clean/gain) I had to record the little lead runs separately and add them in as different tracks over the original (with an additional 5th version of the run panned left and the original panned right). This is the sort of thing I am referring to when I talk about lack of skill

For the bass I do still use Guitarix (I only bought a cheap Ibanez bass off ebay for recording purposes so didnt get a big fat amp). I use two channels for the bass, one that comes from guitarix with the distortion and amp modelling and then one that is clean directly from the soundcard input. These are compressed and EQ’d and then brought up in the mix so the distortion and low end are present but with the clean recording giving the clarity and some mid punch.

I cant remember exactly what patches and settings I used but if you are particularly interested I can post more detailed info up.

yeah trying to record the guitar parts twice can cause some odd effects unless you are almost exactly bang in time, just like when yoiu double track vocals. its something not alot of people can do.

! thing you can try with guitars is to use 2 delays, send your guitar to both delays, feedback at 0% and set the delay time slightly different. very short delay, like between 10ms and 40-50ms. Experiment with the timing between the 2 delays. and pan the 1 delay left and 1 delay right.

I use it sometimes life with bands particularly metal bands even with 2 guitarists, to widen the sound.

Also if your looking for a much punchier tighter kit sound you can compress the kick and toms over a group, and compress the snare on the channel.

Take it further and run a finalyser over the main mix . you will really hvae to play with a finalyser to get the disired sound without messing stuff up. You can also try using exciters on the main outs to beef things up and add sparkle to the top end, though you can do that with a finalyser by fine tuning each compressors band and boosting the sub and top end bands.

@Veda_Sticks - I will give the guitar delay trick a shot for my next track.

As for the drums, I have been down an interesting road with them. For some reason trying to use the auto note off function in Hydrogen results in a crackly clicking noise when the note is cut off - so I cant use it. The problem with that is a build up of low frequency (particularly on the kick and toms) as the notes run into each other. I had to fix that with some pretty heavy handed gate usage to just cut the kick off shortly after the attack phase. I then spank the living day lights out of it with a compressor on the channel and mix it in with a bus (taken pre compressor) of the same track. Its a parallel compression set up of sorts. I do pretty much the same with the snare but I dont find I need the gate so much for cutting the wave off (the build up isn’t as noticeable). Compression on the toms is less aggressive (I still havent got the hang of how to deal with toms yet). So far I just compress a little, eq to get the attack of the tom hits, and try to remove any low end build up.

So far I have done pretty much all of the processing per channel rather than on groups (except reverb). Would you say there is any advantage to compressing as a group rather than per channel?

As for finalysing, I assume you are referring to Multi band compression? If so, I have tried using the Calf Multi band Compressor on the main channel but I seem to end up ruining a mix with it. It’s very tricky for me to use; It makes things sound louder so I automatically think its better. But when I listen back I find that I have actually eaten all the depth out of the sound, or made it thin or something similar. I also seem to always end up with a really loud high end that seems untamable, no matter how I try to change the compressor and frequency settings. It seems like a real art. Seems like a lot of practice is required.

Man I just ran across this, nice work brother. I have been a Reaper user for quite a while as well as ProTools the latter no comment due to my dedication to open source software. I noticed that this post is sort of old, would like to check out some new material. 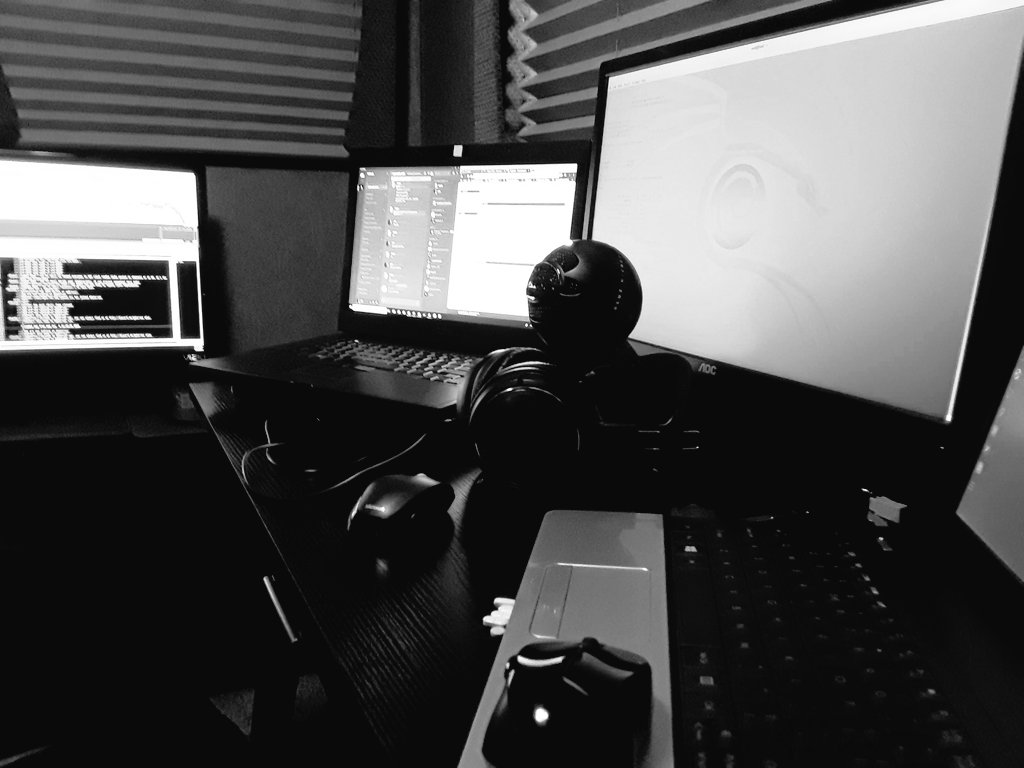