Hi, i have some issues with the DSP on Ardour, I use it on windows 10 64bits. Also using the ASIO drivers from my audio interface and not really low latency settings as you can see below. Also if you look at the right-bottom of the first picture it show that im running at 43% of CPU (AMD Ryzen 5 3500U, Quad-core at 2,6 GHz) and 59% of my RAM (4 GB), but it gets laggy and can’t listen really well. I think it must be a configuration issue, since i still have a lot of available resources. I’m just using 5 midi sample-based instruments and not really a lot of polyphonie since i’m using the software for hip-hop and trap beatmaking. Any idea? 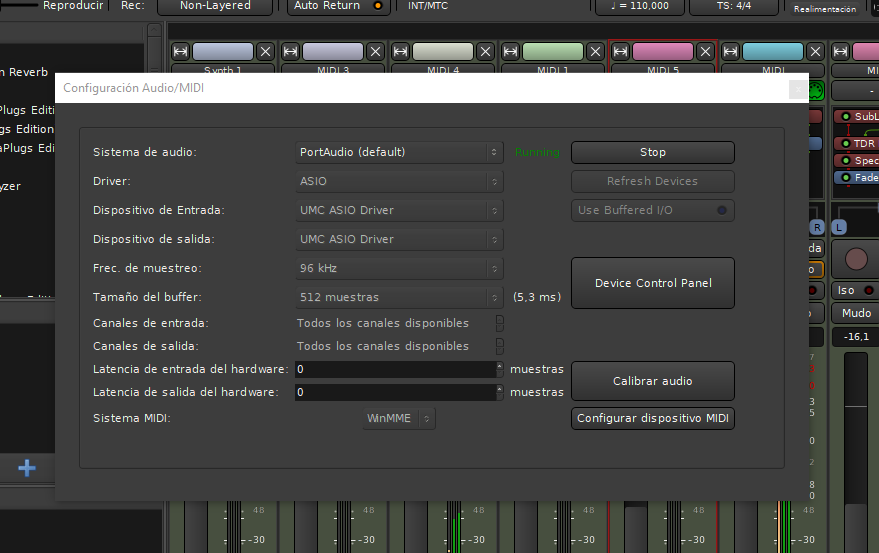 Looks like a very busy session with lots of plugins, so that’s not unrealistic at 512/96k.

Try increasing the buffer-size e.g. to 1024, and/or get rid of some plugins. The inline-scope on the master-bus perhaps. Getting rid of the bypassed “Simple synths” is would also be a good idea. Bypassed plugins still run (just the signal is bypassed around them).

DSP load is “time required to process” vs “time available to process”. The latter is buffer-size / sample-rate. in your case just 5.33 msec for each cycle of 512 samples. It’s not always CPU limited. The following video is a good yet rather long explanation on the subject: 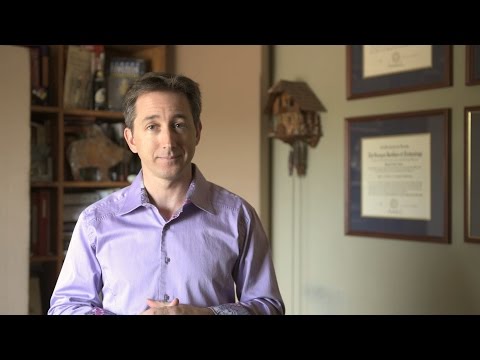 Optimising your PC for Audio on Windows 10

Optimising your PC for audio on Windows 10 Windows caters to many different types of users and applications. Here are some ways to improve your Windows experience for music production. You may be ...

20 ways to optimize your Windows 10 PC for music production

Windows 10 has revolutionized the music-making process on the PC. Here's how to avoid the frozen screen of death and carry on making beats!

I have no experience in running ardour on Windows, so I’m mostly guessing, but given your fairly modest CPU and amount of RAM your PC doesn’t seem to be a hardware monster by any means.
Which leads me to believe that it’s the excessive 96kHz sample rate that’s the culprit here.
Unless you’re using something like 50+ tracks there’s usually little need to go beyond 48kHz.

If you decrease the sample rate you’ll also increase the latency, which in turn will give the CPU some more time to process the audio and likely decrease the chance of lagginess.
5.3 ms latency is fairly low. If you’re just mixing you should crank it up to a much higher value.

Guess Robin beat me to it

Unless you’re using something like 50+ tracks there’s usually little need to go beyond 48kHz.

I think you’re confusing bit-depth and sample-rate. There is no relationship with number of tracks here. Internally Ardour is using floating point processing, so even bit-depth is irrelevant, also band-limiting a signal has no direct relationship with summing.

At the risk of starting a somewhat off-topic rant:
There is never a need to go beyond 48kHz unless you’re producing music for bats or dolphins.

The general advice is still good, though.
Using 48kHz instead of 96kHz should nearly double the available DSP power. – Sadly Ardour does not allow to change the sample-rate of existing sessions, so something for next time.

Hey Robin and Peder, thanks for your time!

I’m beatmaking so i need a resonably latency to perform the arrangements, not really mixing, just adding some processing to the instruments in order to get them get the timbre i want (and based on that i can decide what more sections to add). After that is ready i export stems to do the mixing part. I know that 96khz increases the charge on my system, but it need it to apply saturation plugins in order to avoid aliassing (i don’t have a distortion/saturation plugin with oversampling

My question is more related to wich part of my setup could be causing that DSP charge, because my CPU and RAM are not overloaded, also i have a Solid State Drive. Maybe could be that the software (or even the plugins) are not getting use of the multi cores and depending more on the frequency of an individual core on the CPU? I’m also asking this cause i have plans on upgrading to a desktop PC, but i need to know what the necessities of my hardware are in order to invest well my money.

I’ve also seen the video that Robin posted a couple of times since is one of the few materials available on youtube that takes on this subject. But i don’t understand what is the problem since CPU is not overloaded, and also is not waiting for the RAM either (or at least i am thinking that way beacause nor the RAM or CPU are overloaded).

I really get confused in terms of hardware for audio production (mainly midi instruments, because i don’t have problems in the mixing part due to just increasing the latency).

I hope you can understand me well since english is not my mother languaje.

Thank you again for your time.

But i don’t understand what is the problem since CPU is not overloaded,

Likely it is the bus or other periphery (wifi, graphics card, etc) that prevents the CPU from accessing the soundcard for a “long” time (long in terms of CPU cycles).

So while your CPU could handle more, it cannot send the audio to the audio-interface and speakers in the required time.

My guess was that you’d minimize the risk of intersample problems or something, when summing lots and lots of channels, if you were using a higher sample rate.
But yeah; regardless of what you’re doing and how many tracks you’re using there’s usually no rational reason to go beyond 48kHz.

The naive idea for a sample rate change would be to resample the wave files and edit the .ardour file to say sample-rate=“48000” , but I guess that hack wouldn’t work?

Your English is great. Many Americans are way worse when it comes to writing

You shouldn’t be getting any aliasing at 48kHz with a properly written saturation plugin; not unless it’s hard coded to only work with 96kHz anyway.

That was I was trying to point out, I do play my midi keyboard in order to make the arrangements (using the midi editor for writing chords or quick melodies is really time consuming for me, because i am really used to music notation since i’m a music teacher).

Finally the issue was (apparently) windows trying to save battery power, I followed some recomendations in guides about optimizing the OS and now the same session (same sample rate, same plugins) takes to 75-85% DSP so i think that was the problem, didn’t ever though of battery configurations until now (silly me haha). Thank you for pointing that out.

You shouldn’t be getting any aliasing at 48kHz with a properly written saturation plugin; not unless it’s hard coded to only work with 96kHz anyway.

I didn’t noticed before i knew this, but even saturation plugins from the most famous and professional companies get this aliassing problem (even Soundtoys, for example). I understand that is fully necessary to have oversampling in order to avoid that problem in 48 Khz sample rate.

Well thank you both for taking the time to help me, I was really annoyed by this issue, cheers

Ah OK. Not the typical workflow for “beat-making”, which is usual done without any external hardware.

Anyway, I’m glad you found and fixed the issue. Have fun!

The oversampling is done inside the plugin; you don’t have to do it yourself by running at 96kHz.
I honestly doubt that you can hear any aliasing in a 48kHz session. You may think that you can but that’s most likely confirmation bias and the result of a blind test would likely end up in pure guessing.

That said; if 96kHz works and you’re fine with using twice the disk space then by all means use it.

The oversampling is done inside the plugin

should be. Sadly not all plugins do this internally as needed.