I have completed some work for my band’s demo. As the whole thing was made with Ardour3 in the mixing stage I felt like sharing it here. For mastering and most in-mix DSP we used the CALF plugin suite, which worked a treat for our purposes. Tried using AV linux first but ran into some software bugs and hardware issues (screen tearing was a big and very annoying one) so ended up using the current Ubuntu Studio release instead, which was fit for purpose.

It is listenable and downloadable for free from: 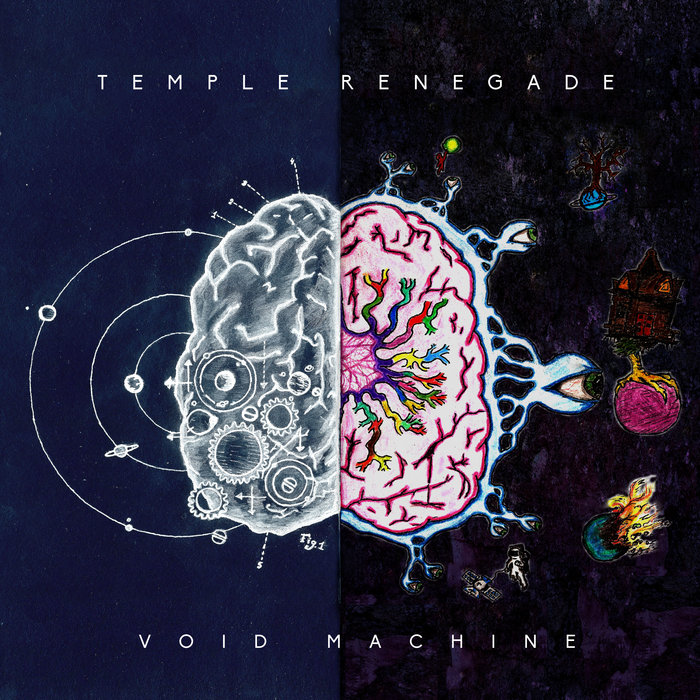 and of course soundcloud and other sources.

Curious to hear your opinions.

Hey, was surfing around the Made with Ardour category and found this. Surprised no one ever commented here. Although your link now directs to your most recent work (which I don’t know if it’s “made with Ardour”) I too have listened to Lincoln is Dead, the album I presumed you were refering to when you first opened this thread.
Anyway, very good sound, very thight, “Far Above” is the song I’ve enjoyed the most, maybe if I had to ask for something would be more presence of the guitars in the mix, but just because I like to hear more distorsion buzzing around.
Void Machine sounds punchier, it would be nice if you could comment about its production process.

Hey there, cheers for the reply. You’re quite right. I’ve posted this so long ago, I forgot I even posted this. Void machine is indeed the more recent work and so is “Blacked out Ocean”.

The early stuff like “Lincoln is Dead” is indeed done in Ardour with its native plug-in suite. Since then though we did experience quite some VST compatibility issues and did want to experiment with other plugins. Also working out of Linux was problematic with our upgraded Focusrite interfaces and other software. It came to a point that we dropped mixing in Ardour in favour of Reaper, which has since become our default platform, largely due to its compatibility with VSTs and of course running out of Win7x64. Void Machine uses plug in suites by DeLaMancha and other free VSTs, which are, at least to our ears, better sounding than what we had used natively in Ardour. The tracking was also partially done in studios, with Kemper profilings amps and also using LePoulin Cab emulators, these are impulse modelling based. Also free and also pretty good sounding.

From a tech perspective it was really fun to play around with Ardour and Linux and if I could I would get rid of my windows box, but as it stands, the combination of hardware, software and editing power of Reaper just makes it a no-brainer to keep it as is. Audio editing was also a breeze. We used an older version of ardour back then, where certian wave editing feature weren’t quite as automatic, so there was a lot of QC and so on involved.

If you have any specific questions, feel free to ask.

FYI, since you started the thread, the Focusrite interfaces are fully supported by the newer Linux kernels. Mayyyybe not the Clarrett series that was released last year but definitely whatever you were using in 2014. I’m leaving to work but I will definitely check out the music when I get home tonight. Thank you for sharing.

Just listened to Void Machine. I like it, and that is saying something, considering I rarely listen to Metal Rock. The only things that really stood out to me was the “clicky” sounding drums and the ultra dry vocals. Other than that, Dig it man! Very solid performance!

@Lexridge Hey, thanks for your comment. The drums, at least for us, were quite challenging, the room we recorded in was very dead. We ended up overlaying samples, midi-triggers based on amplitude triggered gate. The sample you head is the one our drummer preferred. As far as the vocals are concerned, I do agree with you on that, however, the band have quite some input in the mixing process and the guitarist basically hates reverb and or delays on vocals. So after endless discussion we ended up with them being quite dry. I for one think, as you do, that they are too dry as well.

As far as performance is concerned: the whole thing was a instrument by instrument performance, which of course is very common these days, with a substantial amount of editing, being: time-stretches, loops and copy of riffs and editing of various mistakes. Happy to say there’s no auto-tune or the like on there, we aimed at just getting the vocals “right” , which was crap for me, as I had to do a gazillion takes