I just bought the 32C Channel plugin from Harrison, but opening the plugin (in the official Linux version 6.9), I get a blank screen: 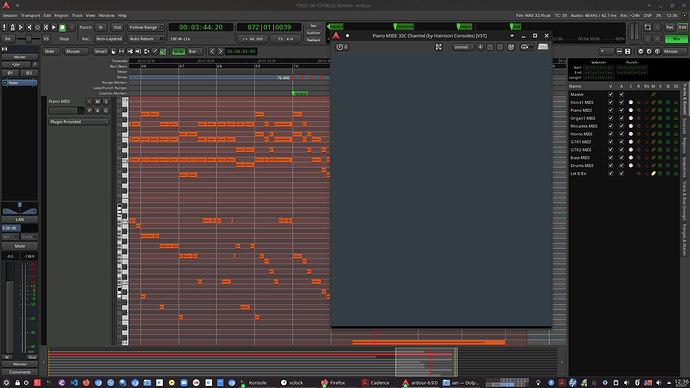 Any ideas of what could be wrong?

A common issue (also with harrison AVA plugins) is that your graphics card or the openGL driver are too old.

I don’t know what requirements the channelstrip plugin has, try perhaps to software emulate

in a terminal window and start Ardour from there.

worked! The interface seemed a little sluggish, but it seemed to work OK.

I suppose my card is old…

Thanks for the help!

I have the same problem. Setting MESA_GL_VERSION_OVERRIDE shows the GUI, which is nice, but it’s still a bit sluggish.

Out of curiosity I tried the WinVST version using WINE and LinVST, it works flawessly, far much better than the LxVST, which i find rather odd.

That is odd (and unfortunate). But it’s good to know. Thanks!