this is interesting – I suppose it is an in-road map of things going into Ardour6 (it is not yet ready for alpha testing though – I’m trying out the nightly builds).

In ardour 5:
Change-edit-point – toggles the hand cursor over the blue vertical edit line…

In ardour 6:
Change-edit-point – does the same as Mixbus’s behaviour. This instead does something dramatically different – it toggles a “follow to mouse” behaviour for the blue vertical line while showing a visible hand cursor.

Looks like this change-edit-point will be better. It is easier to see where a cut can be made.(provided you kind of use something what I am using – which I explain below

Here I use " ` " as a shortkey for Playhead-to-Mouse and then use a different shortkey to do a cut at the playhead position. I find this intuitive so that I don’t have to remember many ‘Playhead to’ shortkeys and I find it much easier to do things like this.

There’s many ways to do an “edit”, so when I do things this way I make sure I have the “Edit point” setting on “Playhead”. (instead on “Marker” or “Mouse”)

The blue-visible vertical line(currently as seen with Ardour6 prealpha)… I can hover over anywhere on the track edit area and the blue line follows with it, I find my exact timeline position I want to have the playhead and then tap " ` ", I can listen to what is at that point with ‘space’ (with ‘Auto return’ set), and if that is the exact point I want I can now hit my ‘cut’ shortkey…

Probably the “easiest” workflow for doing an edit/cut task that I can find… if there is an easier one I would be interested to hearing them and always willing to learn a particular/alternative approach to accomplishing the same thing without using too many shortkeys though. I don’t like using too many shortkeys as personally I would find that too distracting and confusing.

Currently Ardour5 does not have the Change-edit-point with the blue vertical line following (unless I missed something in the Preferences)… but I suppose this is easy enough for me to work with.

– tip for future ardour6 users who may be interested on this particular technique that I am using
–> When using the ‘blue vertical edit line’ as a “guide” it does not even need to be “precise”, it only needs to be “near” to the location you want to precisely set the playhead — do not forget to enable “Snap” and you will be in business.

I can quickly hover and precisely position the playhead to any exact timeline note, bar, etc… I like this – with the ‘snap’ enabled, well it makes it a “snap”

– this rids the need for me to use any other shortkey, – maybe 1 more shortkey to enable/disable snap for certain cases when needing to work more in detail, but really not needing any other “Playhead to” thingie, it’s too difficult for me… Just 1 “Playhead to mouse” shortkey is good enough for me.

However as I am trying out in learning/adopting things here I spotted a potential bug for this way of working, so I 'll quickly narrate it here if nobody minds…

-> The edit-line bounces to the playhead position when the mouse navigates(“trespasses”) the timeline position of the playhead.

^ Feature or Bug? It seems like this can be improved. It also occurs in Mixbus5…

I would like this to work within areas where there are no tracks, but where the mouse is still within the track-editing area.

I suppose many people do not work like this “yet” – it’s not something available in Ardour5, but it is shown as a promising working-feature in the current Ardour6-prealpha.

@bachstudies please come back and provide some of that good wisdom for @Bruce_Burbank – this community needs your assistance.

@x42 @paul – I believe this is an outright bug and would really appreciate if this can be fixed for us. – can’t wait to see what you have in-shop for us in the upcoming alpha release.

I suppose this feature is still within the milestone road-map, and is only going to make Ardour much better. Keep up the good work.

thanks to the ardour team and community. We need to be providing more bugreports when we see issues – even if it takes 1 minute to file the bug, it will not hurt to file them. It’s the only way this project can improve.

Note: I did not file this on ardour’s official bugtracker ( https://tracker.ardour.org/ ) – because I do not know 100% sure if this is an intentional purpose to keep the edit-line in behaving this way. I suppose it can be a “feature request” so I am adding the narrative here on discourse. – Since it’s also something new and not an intuitive setting I suppose it is ok to elaborate a bit on it. Also helps with defining where the feature is being requested.

may we all give this project a show of better appreciation and support.

Noob question about cd authoring
Using an external sequencer with its own clock in Ardour - my solution
x42 (Robin Gareus) November 17, 2019, 3:04am #2

This area is called the dropzone. It is sensitive to drag/drop (regions, external files …) to create new tracks.

ok, but I couldn’t determine if this was an intent design and needed to have it clarified. I also put a fill-in on potential ideas to share with other members should they find an interest on what the OP author was asking on one particular aspect that seems easier to expose as a workflow on here, and since there are other Mixbus users who are probably using the same thing, I am thinking it is better that I can use the forums for this.

I quickly glanced at the OP and follow-up --and noticed there can be instances where users can definitely slow-down a bit on the number of questions – and so we can have a clearer-down approach to address the various workflow-features or potential bugs that may also wish to be passed onto with a level of better usability.

Again, I have to be 100% sure if it is a bug or not, because I wouldn’t want to swarm the bug tracker for things that are not bugs.

We need to be up-to-par on both places – bugs and forums. Here I suppose I am still learning what to call the bottom of the track-grid as “dropzones”… I would of thought the tracks should generally be created first prior as the “defacto” way of handling imports when drag/dropping items from outside Ardour… though I think I should create a new post and make a formal request… 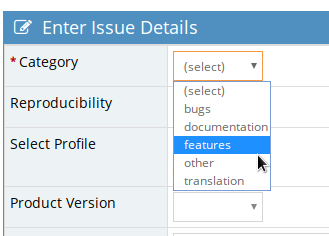 @x42 would it be suitable to make this a formal request in “features” of the bugtracker?

It would make me happy if I can have this as a supported feature.

ok, but I couldn’t determine if this was an intent design and needed to have it clarified. I also put a fill-in on potential ideas to share with other members should they find an interest on what the OP author was asking on one particular aspect that seems easier to expose as a workflow on here, and since there are other Mixbus users who are probably using the same thing, I am thinking it is better that I can use the forums for this.

If this was something particular about the currently released version, sure. But Ardour 6 is not released, and the reason we specifically ask people not to discuss on forums is because not only do we know there are lots of bugs to be fixed that if discussed would cause a large amount of useless noise, but also because as some behaviors are coded they may be tested by the programmer and determined not to work. There are lots of discussions going on behind the scenes about various aspects of A6 at this time, and it is not useful to discuss it here on the forums right now as anything could be subject to change.

So to repeat, for A6 related topics, please do NOT discuss them on the forums at this time.

@x42 would it be suitable to make this a formal request in “features” of the bugtracker?

You can feel free to submit feature requests there, just because they get submitted does not guarantee they will happen, but it is an appropriate venue for submitting them.

That being said, it is hard to follow exactly what you are describing and what you are looking for. If you do submit a request there I would suggest making videos/images of the current and desired behavior to demonstrate.