Is there an option or future idea, to edit midi in a ‘score’-like mode, similar to e. g. Rosegarden or Musescore? 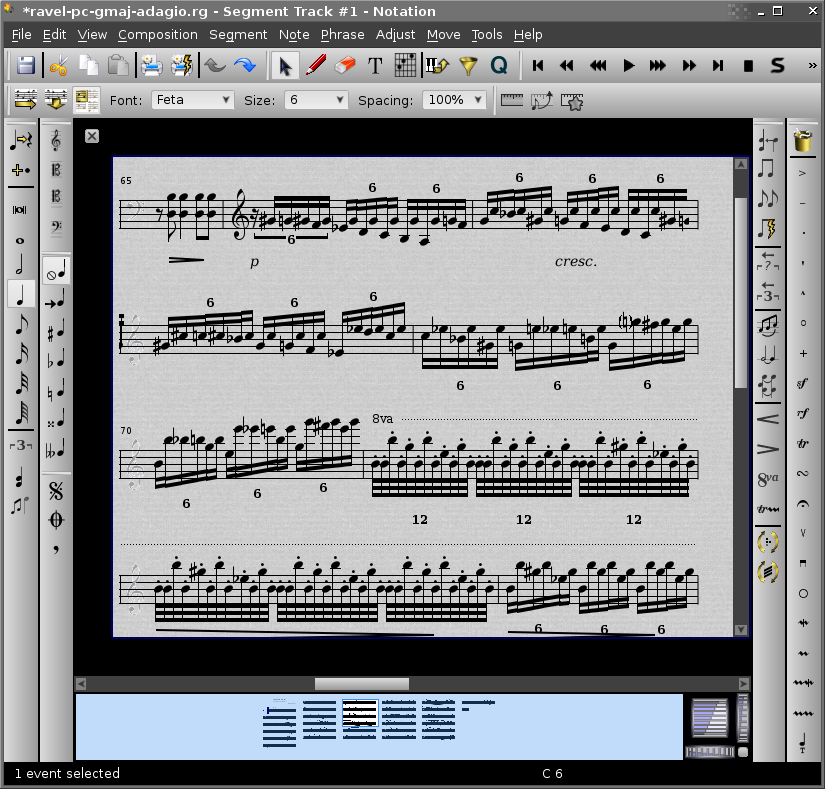 No such feature is planned.

Sadly, you are seriously underestimating the work of “just embed a Staff view into Ardour”. Musescore (along with Sibelius, Finale and a few others) are major projects all by themselves. You don’t just embed one of them into another application. To the extent that this is possible, you end up with a very limited staff view that can only do 60% of what a real music notation program can do, which means that for “serious stuff”, you still have to fall back on one of those programs. Sure, it would…

okay, thanks for the feedback.
I think it would be an important (although complex) feature
Do you think it would be possible to depend on LilyPond for the display? In a first step it could be only a display with no edit functionality.

Some people have success editing notation in Musescore, and then importing the midi into Ardour for producing the audio.

Cant musescore be linked to ardour via jack and then driving ardour this way? 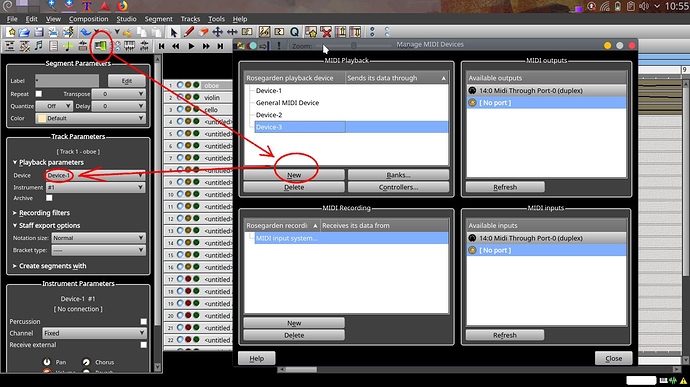 This way you can create as much midi streams/tracks as you want and they all appear in Jack and can be piped to the other programs, Ardour included.

Now, on the Ardour side, enable Jack transport: Edit->Preferences->Sync->External Timecode Source->JACK, run “a2jmidid -e” in the terminal, create as much MIDI tracks as you need and connect the input of those tracks to the correspondent outputs of Rosegarden: 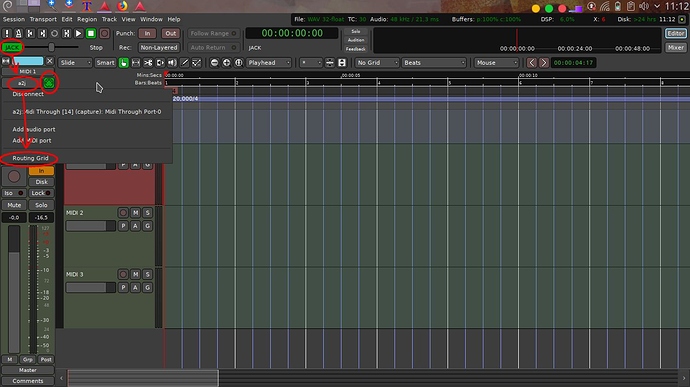 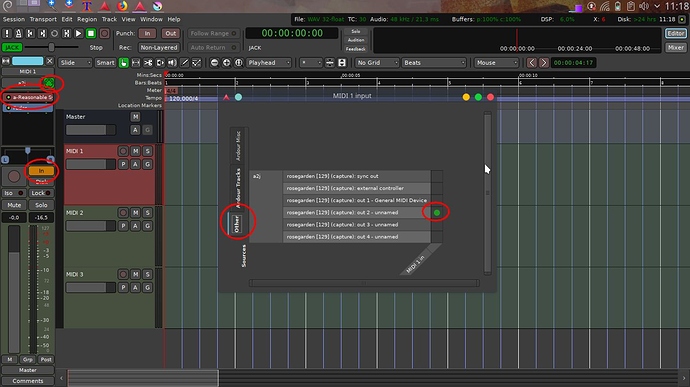 Having done all that you should hear music output from Ardour playback (it is best to disconnect Rosegarden audio output altogether in Jack), you can plug in any instrument you want, and all processors and effect you want and the ardour will play them out even if there is blank canvas in the editor window.

This way you can have Score input linked to Ardour and this is the way we did things in the days of Ardour 2. Keep in mind that Ardour is much more advanced program than Rosegarden and I doubt tempo ramps and some other things will be available.

As for the export, it seems that Ardour disengages Jack transport in case of RT export, so you will need to rerecord Master output in another track in Ardour (don’t forget to disconnect output from that track to Master!!!) or in some other program.

I hope some of this helps!

In musescore 3 is possible to stream many midi out instances at this time.

Good news! Unfortunately, I couldn’t get working Jack connection with MuseScore3 in Debian 10 (Pulseaudio only?!). I installed it via snap. If I needed it badly I would probably try to compile it from source with proper Jack dependencies preinstaled, but I think I’ll wait for Debian 11.

I didn’t get MuseScore3 snap package to work properly, but the .AppImage works as expected (don’t forget to make the file executable after downloading it).

First enable Jack connection: Edit->Preferences->I/O, check JACK Audio Server and all other boxes in that section.
Run “a2jmidid -e” in terminal.
In MuseScore3 open mixer View->Mixer, and for each part designate different port, while the number of channel for each port remains 1. 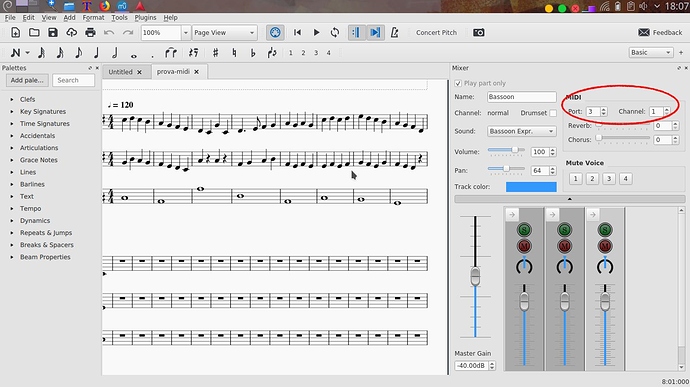 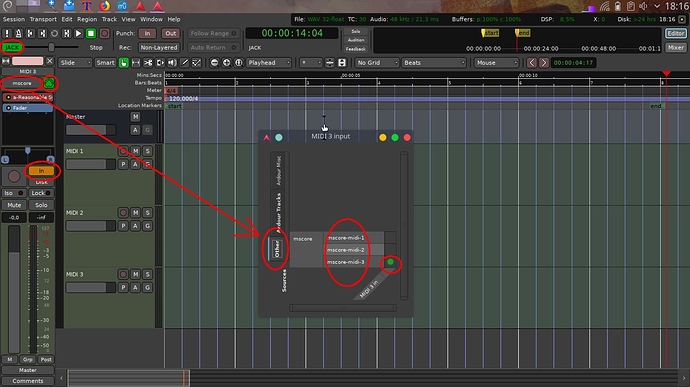 Indeed, I already used this a few years back, but it was tedious to setup.
I hoped for a tighter integration and more seamless workflow.

I will try again, with all the new stuff (MuseScore plugins, Ardour LUA, Session Managers …) there might be way to improve the workflow.

PS. I mentioned MuseScore, but have a look at https://flat.io/ too they do it in HTML now