I seem to be unable to configure any plugins properly, as only “Edit with generic controls” is enabled. In case it is relevant, this is using the default package on Gentoo Linux. I have used both ZynAddSubFX from the package monitor and from Git and get the same result in Ardour5.

For anyone finding this online, I have asked a similar question at https://github.com/zynaddsubfx/user-manual/issues/18.

Do other plugins show their custom GUI, or is this just zyn-fusion?

Is this Ardour from ardour.org/download or a distro build? in case of the latter, check Menu > Help > About > Config. is LV2 UI embedding: True ?

This is a distro build on Gentoo Linux. Neither a-Fluidsynth nor ZynAddSubFX show a GUI. It should be noted that I have no indication that I have the Fusion variety of ZynAddSubFX.

Thank you very much

I have just tested some more plugins, and it appears that Helm actually does have a GUI.

That does not have a custom GUI.

it appears that Helm actually does have a GUI.

Did you try Helm as LV2 or VST?

Some LV2 plugins with custom GUI: zam-plugins, or LSP, and x42-plugins. They’re all likely also packaged for gentoo.

PS. perhaps try the binary/demo: http://zynaddsubfx.sourceforge.net/zyn-fusion.html to rule out a gentoo packaing error of the plugin.

I’m getting a bit confused on what, exactly, Zyn-Fusion actually is… I think I am using ZynAddSubFX and not Zyn Fusion?

I’m getting a bit confused on what, exactly, Zyn-Fusion actually is

It is the first version that has official support to be used as plugin with a proper plugin UI.

Older versions (ZynAddSubFX v2.x) were never realtime safe, nor worked properly as plugins (although some guys provided hacks to do so with varying rate of success).

(SOLVED)
Update: I bit the bullet and compiled from source. Now I have a wonderful interface from inside Ardour. 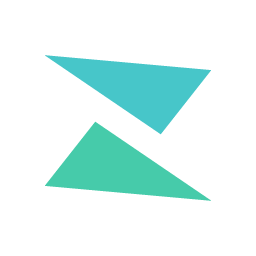 Build Scripts For Zyn-Fusion. Contribute to zynaddsubfx/zyn-fusion-build development by creating an account on GitHub.

(SOLVED)
Update: I bit the bullet and compiled from source. Now I have a wonderful interface from inside Ardour.
https://github.com/zynaddsubfx/zyn-fusion-build/wiki/Building-on-Linux

I know this is an old thread but it follows on from it. I would like to have some kind of editing interface for ZynAddSubFX but trying to find out why its not there is taking me down some serious rabbit holes.

Apparently Zyn-Fusion costs $$$, but wait, it was open-sourced in 2017. And perhaps merged back into ZynAddSubFX post version 3. The github page shows a nice looking interface.

I’ll have some of that, thanks. Apparently I have version 3.0.5 installed, so that should have the new GUI right? Wrong. If I start it at the command line it has the 90’s-style Linux GUI and no sign of anything in Ardour, except being able to change presets.

I am more than happy to compile it from source if necessary but it would help me immensely if anyone knows of a PPA or can advise me if I will even get anywhere nearer to a GUI if I did undertake such a task. I am puzzled as to why 3.0.5 isn’t already there.

In the meantime Yoshimi works great in Ardour. The interface is still old-looking but at least its there. However from what I can find out Yoshimi is not as well coded, up to date, supported as ZynAddSubFX and also there was an attempt to merge the best of Yoshimi into ZynAddSubFX anyway, so ZynAddSubFX looks like the prize to aim for.