Desktop for Audio Recording with Ardou on Linux

I pretend to assemble a new PC for audio recording and editing, also for photo editing, and my goal is to use Ubuntu 15.04 for this. I am not a professional, but I know that a semi-professional PC is affordable nowadays, even here in Brasil. I am wondering if anybody can help me with specifications and tips for hardwares. I already have an audio interface (M-audio Mobile-Pre). Thank you and sorry for the poor English.

The photop editing is the bit which puts more strain on system resources. I’ve spent over 10 years with a single-core Athlon system and it was sometimes tedious, but it always performed well enough in Ardour. Photo editing, be it in the Gimp or darktable, was a real drag in the end.
Now I’ve got a shiny new system and it’s a pleasure to use. It mostly comes down to how much you want to spend, even a simple desktop for maybe US$250 will be enough to run Ardour. For me, a quiet system was also important, and I’m really impressed by what I’ve got now, it’s almost inaudible!

It depends on what you plan to do. When I load about 9-10 instruments of Sonatina Orchestra into Ardour/linuxsampler, I run out of memory. But for most audio uses you should be fine with any current machine. Also maybe consider using an LTS version of Ubuntu. The other ones are not supported for a long time, and upgrades are not always painless. Or a specific Audio distro. I don’t know how easy it is for you to read Spanish, but the Argentina-based Musix distro is mostly done in that language.

@PeSoberbo
If you have some really new hardware, maybe
you dont get brand new driver for it ( multicore GPU-graphics, SSD and so on).
When you assemble your new PC, post us your hardware list!

Someone will give you advice im sure

Warning about HP Spectre x360 13-4005dx. Ubuntu only recognizes the HDMI audio device. That means no speakers or headphones. I have not tested the USB interface yet. This is a very new machine but there are a several postings about this problem on Ubuntu and Arch Linux forums. I suspect that there is no working driver for Linux yet regardless of which distro you pick. I may have to return the machine.

I’ve had very good results using Ubuntu Studio 14.04 LTS on a more modest HP Pavilion 13 x360 that I picked up at Costco on sale. The only downside has been loading very large files off the conventional hard disk. The other thing to remember is to download and use Ardour-4, not the older version that is currently included in Ubuntu Studio.

My main Ardour workstation is a pentium 4 laptop with two processor cores, 1.8 Ghz, 4 GB Ram, and a 128 GB SSD - disk. I have been using this for recording and editing audio with Ardour and some photo editing with Gimp for a couple of years now and I’ve been very happy with it. This laptop was 350 euros when I bought it 4 - 5 years ago, now you can get 4 cores and perhaps 8 GB ram for the same price. The SSD adds a hunderd euros or so to the cost, but it is highly recommended, since a fast disk is essential when you have a large number of tracks on Ardour. I’ve been using Kingston HyperX 3K SSD’s for a couple of years now and never had a problem.

One important note: never buy the cheapest hard disk you can find. The most important aspect of a disk drive is reliability and the warranty tells how much trust the factory has for it’s own products. Buy the cheapest disk with the longest warranty and you can’t go wrong.

I just ordered a new system with 4 processor cores but I have not yet received it. The old Ardour laptop will continue life as a mobile recording workstation when my new system arrives.

You don’t necessarily need a expensive and fancy Intel i7 system, even cheap computers are nowadays very capable for multitrack audio.

so people wants to help!!
this is the most important thing ever.
If someone does have to go new “paths”
some help is the best thing one could get.

You ll see that the best support for hardware is at Ubuntu version 12.04 LTS
So you could find some secondhand dell machine which is runnig 12.04 perfectly.
Im not making advertisement for canonical or dell, hp, ibm…
But yes, it is important to know what is going to be usefull.
And not to forget audio hardware which works with linux drivers.
If you build your own workstation, take your time and be patient!

DragonFly USB-DAC. The audio jack is still not working on my HP Spectre (Intel Broadwell-U audio device) so I had to purchase a separate USB audio device to use earbuds or my mixdown speakers. If you have one of these and run into problems this may save you some time.

Ardour didn’t find the DragonFly so I had to start Jack first. I used QjackCtl and it’s Setup window. For “Interface” there is an arrow > to the right of the drop down list. Using that I was able to find the DragonFly listed. Under “Audio” I chose Playback Only. I set my “Sample Rate” to 48000 to match my recordings. I started Jack and then Ardour.

The Pulse Audio Mixer did a terrible job of controlling my playback volume. It was either too low or deafening. I found another mixer called QasMixer that did the trick. Under Mixer device I selected hw: Card. Under the Card menu I had to select the AudioQuest DragonFly. Finally I can control playback volume.

Using a faster computer with an SSD drive is sure fun. Too bad it took so long to get a working configuration. Ubuntu and Fedora both have bug postings for the HP Spectre and many other new laptops that use the Intel Broadwell-U audio controller. Be warned.

I’m looking for the following configuration: Intel Core i3, 8Gb RAM, a SSD disk and my mobilepre audio interface, just like @mhartzel suggested. But some questions remain.

For example, is an offboard video board really necessary for my goals? Remembering that besides working with audio, I’ll use the machine for editing my personal photos and my homemade videos. Just simple tasks.

@Seb, can you tell us what configuration you got? I’m most interested in the “almost inaudible” part of your answer. The desktop I’m using is annoyingly noisy.

And what about the energy supply?

What you people think?

I am using a core i7 at the moment with onboard intel video without much problem for audio and basic, but likely a bit more advanced than you described, video editing without much issue (Other than my SSD being on the small side:)

I got my new laptop for Ardour

The machine has 4 Celeron Cores, 4 GB Ram, and it performs very well with Ardour (also graphics acceleration works with Ardour 4).

I think the machine has an incredible bang for the buck ratio, as it costs only about 280 euros (= 315 US dollars = 204 British pounds). I replaced its 500 Sata drive with a 240 GB SSD (Kingston HyperX 3K) and this added 150 euros to the cost. This machine replaces my 5 year old dualcore pentium Ardour machine. The new computer has about twice the processing power. Even with the old machine I never ran out of processor power with Ardour.

Here are the full specs and tricks I needed to do to get everything working with Linux: http://www.linlap.com/acer_extensa_2509

HP Spectre Update: audio working on Ubuntu. Someone posted the solution to the HP forum. Scroll down to the middle of this page to the post that says Solution 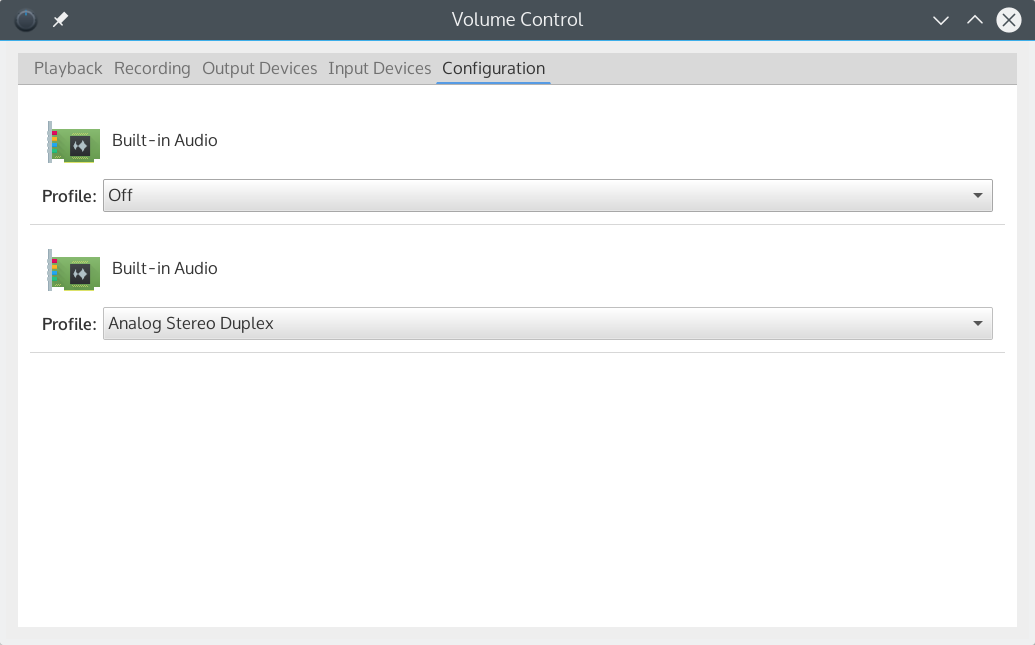 Hi, I bought a new HP spectre x360, For my job I need to run simulation trought OpenFOAM, so it's easyer for me to use Linux.  Nearly everything work out of the box, except one things... sound.  I post a bug on launchpad, here the link: Bug Hp...

Essentially editing /etc/default/grub to pass new cmdline parameters during boot up that allows Linux to load HDA audio rather than I2s. audio which is not fully supported yet. Odd that telling the machine that it’s not Windows 2013 and not Windows 2012 did the trick.

I still think the Dragonfly USB device sounds better but it’s not as convenient and requires me to load it with Jack.

I’m running Ardour on a laptop with a Core i3 2370 through a m-audio fasttrack pro, which works great (at 3ms latency !!) as long as I bounce down every once in a while and don’t try to edit clips while ardour is playing back.

I agree with others here, anyway, that you shouldn’t need a dedicated video card: Intel Core processors have much, much better onboard video than older processors (pentium, etc). And obviously sound isn’t an issue since a dedicated sound card is basically necessary for low-latency audio.

On the noise: PC noise comes from the fans. (and a minimal amount from non-SSD hard disks/psu fans). Make sure you minimise the noise level of the fans you buy and there is no problem. I’m working on a build as well at the moment, and these are the fans I’m looking at: http://www.newegg.com/Product/Product.aspx?Item=N82E16835214049

If the reviews & specs are to be believed, those fans should be basically silent, especially when on the low settings. Just make sure that you pick fans that are the right size for your case. Power supply shouldn’t really matter, since you aren’t using a video card or anything, as long as it’s 300 watts it should have no problem.

I purchased a used workstation for similar purposes.
It’s an HP XW8600.
Dual 4 core 3GHZ Xeons, 32GB ECC memory, 3x internal 10K rpm sata HDDs.
Added an Nvidia Geforce 8600 video card (no onboard).
Total cost of listed hardware was only $700, and it is RHEL and Ubuntu certified (including kernel supported 3d drivers).
So far, the machine has produced zero xruns in 5 months, and it barely flinches on 24+ track counts with several effects on each channel.
Regardless of specs, the Linux certifications were the primary concern.
Proprietary drivers can be a PITA on systems that Ubuntu doesn’t fully support.
Everything looks great with the main window on one monitor, and mixer on the other.
Also installed KXstudio, without a hitch, and all hardware just worked the way it was expected to.
Between the new machine, and new Ardour…
Very pleased.
My days of missing M$ because of games or music software are over.