I had another topic for this but couldn’t edit the first post with new link.Lyrics changed to english.

Guitars,lyrics,songwriting,mix by me.
Got session singer to sing it.
Most used effects are calf compressor and calf 12 bad eq.
Plz recommend on the mix settings , if anything sounds weird to you (cheap earphone mixes).
Also recommend if u think any part needs any changes

I like the genre of this song. I was really into punk and hard rock when I was young.

I think you have something quite nice here and I think the melody where the singer sings “dancing on your veins again” is very very good. It would be even better if you repeated it 2 - 4 times in a row.

I could not hear a bass guitar there (I listened through headphones). If the bass is there I would make it much louder. A strong bass gives hard rock a solid base to stand on.

One more thing: I don’t understand the lyrics “Dancing on your veins again”. I’m not a native English speaker so it may just be me not understanding this. But if the sentence is something people say in your native language, then it does not translate to English as it is.

In the end it all comes down to personal taste so take my words with a grain of salt.

I have also tried to write some rock songs and I know it is not an easy task. Thanks for sharing your work

I could not resist the urge to link this video here. It is the same genre as your song, but see if you can watch it through without smiling

Hard rock doesn’t have to be serious. And I bet you haven’t seen the drummer(s) hanging on the wall before

Here is one example where the vocal melody goes it’s own way and does not follow the guitar but builds on top of the it. This is from my language area (Finnish) so it probably is not everybodys cup of tea

thanx a lot for the analytic review !!!
the thought was to make the powerchords more powerful with the voice over them but i do see your point, i was thinking the same think at least for some of the phrases
the bass is just the guitar with an octaver , its a little on the quite side , had latency issues and its out of time so i kept it lower in the volume
its quality was pretty bad, i need any advice on any bass sound through midi or guitar effect (linux)
dancing on your veins again the lyrics … welll … i am implying the male instrument …
the song on the 2nd link is very nice , the 1st one well … not my type heh

Sorry I can’t help you much with the bass sound. I bought a real bass a couple of years ago and never had to look for a way to make the guitar sound like a bass. Someone here says it can be done with Guitarix: https://www.youtube.com/watch?v=uqx3SC5nD4s

Ok, the girl is singing about sex, isn’t she ? And the chorus lyrics means something like:

Sorry for the language

The playing is good. The bass is missing but I also think that the vocals are to dark and sounds too far away? Maybe a good verb with the right predelay?

Good job! I echo the concerns of missing bass and making the lyrics more cohesive. I also wasn’t crazy about the snare drum sound in the context of the song it really sticks out and draws a lot of attention to itself and distracts from the vocal a bit…

A possible answer to the bass and guitar thing, I just bought one of these a couple of months ago, haven’t had much time lately to track with it but it’s fun to perform live with: 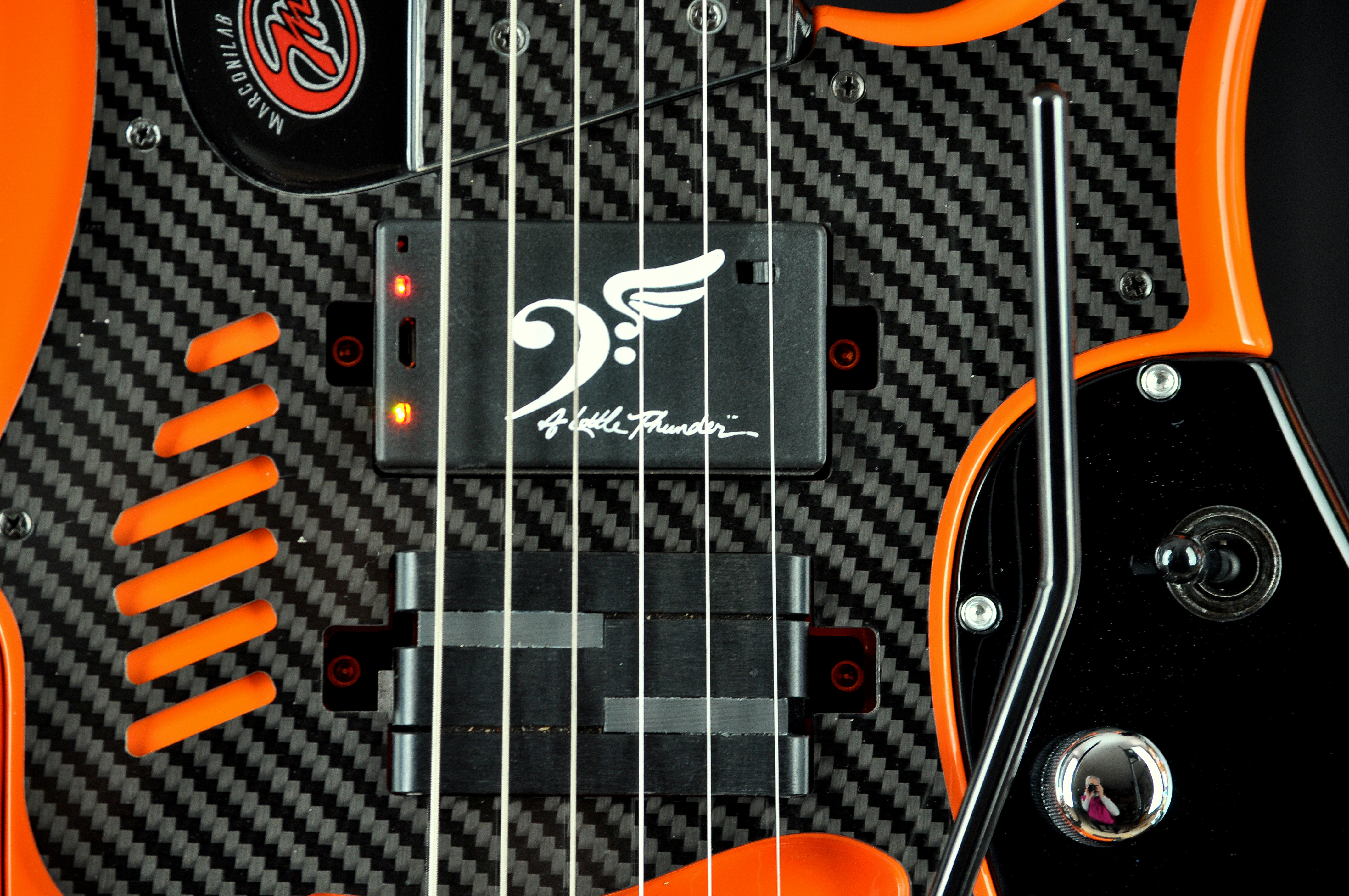 A Little Thunder adds a drop octave bass strings to 1, 2 or 3 lowest strings on your guitar. No MIDI, 9V required

i think i’ll do 2 more songs like this , and after that i’ll get a real bass myself and re-record them.
yeah the chorus is something like that hoho. i did try to copy-paste the main chorus around but i didnt like the outcome , i thought about it also, dunno why it doesnt work. maybe it needs 1 or 2 less repetitions on the guitar riff, or re-recording them instead of copy-pasting.

how could i make the lyrics more cohesive though ?
maybe add a bridge part after the solo before the last chorus ?

i love the sound of the snare , but maybe try to lower its volume a little now that u mention it

I don’t think its the lack of reverb on the vocals , I’m prob not mixing it right.
They do have a tiny delay.