What’s the proper way to crossfade between 2 buses? I’ve tried just keyframing the fader in both buses but I can’t get them to transition perfectly without an overall gain variation during the transition. It has to blend perfectly because both buses contain the same music with only some subtle differences.
Is there a better way?

If a very short fade is acceptable, you could

Regarding (1), you have to create another bus with “Pin Mode: Flexible I/O” (this allows plugins to change the number of outputs); then connect the source-busses to that cross-fade bus and load a cross-fade plugin (e.g. x42-xfade – comes with x42-plugins pack on most GNU/Linux distros). 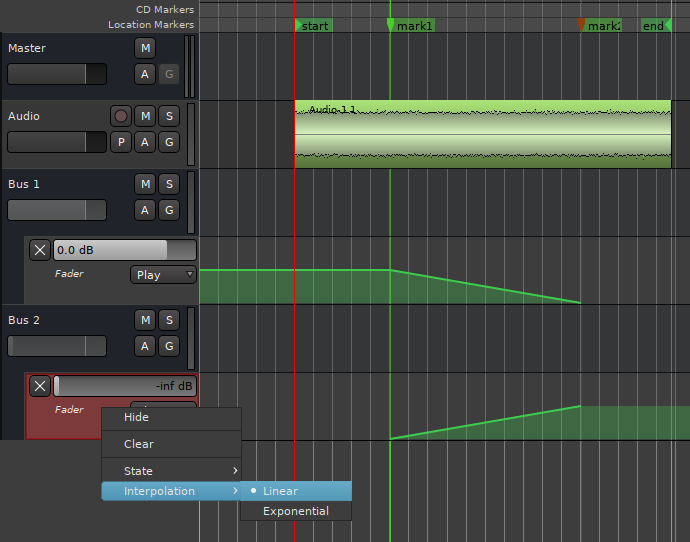 Thanks! I tried the second method and it works perfectly for me. Ardour 6 keeps impressing me every time I open it.

For a moment I couldn’t figure out why while using this technique I was still hearing a subtle loss during transition in my own project but it seems to be because the phases of both tracks don’t really match so I guess it partly cancels out during the transition. Tried moving left and right slightly and the effect varies but I never get quite to a constant volume which I find a little mysterious, as I would expect the variation to range between gain and loss, not loss only.