Create a region inside a track

I want to reduce the gain in a small section of one track. I am able to use the mouse to create a range in that track but I can’t figure out how to create a region. l read “Working With Regions” in the manual and that tells me everything I can do with regions except how to create them.

I seleted the Object tool to select my new range but the range them disappeared and the entire track was selected. I had the same problem with trying to use the Editor List.

This is so simple in Audacity. Just click and drag a portion of a track and them edit that selection. I assume there is a simple way to do that in Ardour but I can’t find it and my Google searches have not turned it up. Please help.

The concept you are looking for is splitting a region. Put your cursor where you want the new region, and use the right mouse button to get the context menu and select split. That will divide the existing region into two new regions. Do that again for the end of where you want the gain to be different and you now have regions where you previously had one.

This is the section in the manual which describes the region context menu:
http://manual.ardour.org/working-with-regions/region-context-menu/

This is the tutorial manual, scroll down to the splitting regions section:
http://en.flossmanuals.net/ardour/ch030_working-with-regions/

Tutorial manual page on using automation (see also the next page on moving automation if you need that):
http://en.flossmanuals.net/ardour/ch044_using-automation/

One thing to watch out for is that Ardour can be configured to perform edits at the playhead or at the mouse cursor. You need to make sure you know what setting you are using to know whether you need to move the playhead to where you want to split the region, or just move your mouse cursor there:
http://manual.ardour.org/editing-and-arranging/edit-point/

ccaudle’s method above is one way to do it…
You can use the range tool like you were trying to as well though. Create a range over the portion of the region you want to separate, then keep the range tool and right click on the range. “create region in place” should be there (or in one of the sub-menus available in the pop-up).

“create region in place” does add a new line to the “Editor List” but unfortunately the highlighted range disappears from the waveform. I can right click on the new line in the Editor List and that brings up a context menu with just a few items, not as many as the manual says should be there. Audition will play the new region but the play cursor does not follow it.

I thought this section of the manual might help me but it returns a 404
http://manual.ardour.org/working-with-tracks/selecting-tracks/region-and-track-selection

Thank you ccaudle and Mr_Miles for your suggestions. I was able to cut the track into separate regions and then create a region that I could select and process. Converting a range into a region did not work for me. Whomever writes the manual, please create a new entry at the very beginning of the “Working With Regions” section that says something like “How to create a new Region within an existing Track”. Please test to make sure it works with the current version.

Assuming I am understanding you correct, the problem primarily comes down to a basic misunderstanding about what regions are in Ardour. A region just represents a part of the audio file, so you do not ‘create’ it persay, as much as modify existing regions to what you need, thus why ccaudle mentioned ‘split’-ing the region instead of creating. See here for more information on the ‘terminology’ of Ardour…
http://manual.ardour.org/introducing-ardour/understanding-basic-concepts-and-terminology/

The manual can be written by anyone, the source is on Github here… 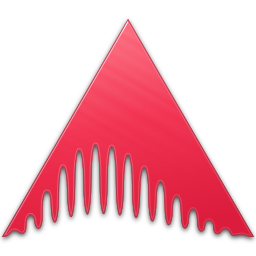 Mirror of the Ardour manual. Contribute to Ardour/manual development by creating an account on GitHub.

You would fork that on Github (Or the equivalent in your favorite Git software) modify it, and submit a pull request, and assuming it is accepted it would become merged with the manual. The problem is the primary authors thus far have been the developers, and it is a choice between write the code or document the operation, they tend to vote for write the code (With good reason). So others are encouraged to help document the operation.

Mashworth - I just double checked my description of it, and it works for me… I’m using the current newest stable version 3.5.403. I suspect something is off if what you did just erased that section from the region…
Maybe start a new throwaway session, import a .wav and give it another shot?

I’m using 3.5.4803-dbg which was a nightly build. Paul suggested that I try that because .403 was crashing on me. I’ll keep working on regions and see what I can do. I didn’t want to cut the entire track into separate regions but it did help me accomplish the task at hand. I hope to find a way to create a separate region within a region as it appears you are able to do.

I’ll re-read the manual section that seablade suggested and keep notes of what I did to make things work for me. When I get more familiar with the program I will try to help with the manual. That would be premature right now since I’m a novice. I do thank everyone for responding to help me out.