Can I change the beat pattern of the metronome

Working in a new song with my virtual shanty men which is in 6/8 time at around 150bpm. The metronome beats every beat so you just get a stream of clicks. I would just like to have a click on beats 1 & 4 so I get two beeps per bar. Only just started using Ardour and I can’t find anything in the manual and the forums that is relevant.

The metronome should use the “accent” on the first beat of every bar, so every 6 beats with 6/8.

There’s currently no way to do alter this, but longer term I’d like to be able to define the tempo map using a different model (which would reduce in the simple case down to the same as now). You could say for example [ 3 + 3 ] / 8 which would then do what you want. But there’s no work going on to permit this and I can’t offer any estimate for when it might happen.

The metronome should use the “accent” on the first beat of every bar, so every 6 beats with 6/8

To be pedantic (and from a music theory point of view) 6/8 is generally understood as 2 dotted quarter-note beats per measure (not 6). Therefore, accents on beats 1 and 2 would be quite natural (and preferable).

The equivalent to having a click on each of the 6 divisions in 6/8 would be like having 8th-note clicks for a project in 4/4 which I hope would seem quite odd.

There;s been discussion of this elsewhere on the forums, perhaps even with you.

Ardour cannot use “customary knowledge” … it has a time signature (“6/8”) which is interpreted to mean “6 beats of 1/8th note duration per bar/measure”.

There’s no way to identify that “most of the time, musicians from western traditions interpret this as 2 dotted quarter notes per bar/measure” without making very other possible time signature ambiguous.

This still will not allow the time signature itself to denote “dotted quarters”, which is a separate but related problem.

This still will not allow the time signature itself to denote “dotted quarters”, which is a separate but related problem.

Given that 6/8 is closely related to 2/4 perhaps using the latter as the metronome would do the trick for the OP in the meantime? I don’t know what the knock-on effects of any quantization would be as I almost always never use it but I assume triplet quantizing isn’t possible…

A workaround would be to add a MIDI track with a drum machine and program a suitable sound on the 1st and 4th eighth notes. That way the OP would have the correct time signature and the metronome he wants.

There’s a free Metronome VST linked from here - I haven’t used it but worth a look. 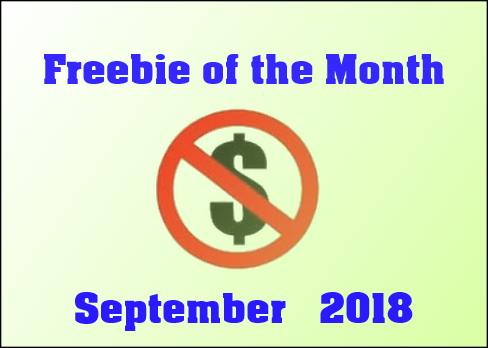 Freebie of the Month – a Metronome VST

This month’s freebie comes from one of our very own writers who respectfully wants you to “beat it”.

I don’t use MIDI much and rarely do anything with click tracks, but I’m surprised there isn’t anything else out there. Where I teach we have Scottish trad musicians who play plenty of music in compound time…

Thanks everyone fopr your help and information. At least I now know I can’t do this within the Ardour Metronome at present. ~The nice thing about the ardour metronome is that the frequency is very precise and so I can use a notch filter to remove it when my shanty men send me a recording. I use Harmony assistant to produce singing tracks but their metronome uses bells and blocks so its harder to remove. I lnow I can get them to rerecord but it’s stressfull enough getting one recording - We only do it for fun after all.

I did try the MIDI but got very confused about how to create a MIDI track. Looks like I will need to get to grips with that. The free metronome VST looks really good though so will try ity out and report back.

I tried a number of times to get the free Metronome VST to work but Ardour would not load it no matter what I tried. I found some other VST metronomes but they didn’t really do what I wanted either. In the end, I went for a work around and this is my technique.

As if by magic, the beats appeared in the right place.

It would be great if we could have a more flexible metronome that allows you to select the beats you want played but I appreciate that it’s not the highest priority or sexiest feature.

Thanks everyone for you help. - Bob

That’s great that you found a workaround! The 1-and-4 clicks for 6/8 also works for things like most Irish jigs, which are in 6/8 (except for slip jigs, which are 9/8, where the emphasis is on 1, 4, and 7). I’ve never been able to play well with a click track unless the accents are in the “right” places for traditional music; the ideal click track for me is a separate bodhrán track in fact!

We do a lot of folk dancing using jigs and reels but I was never really
aware of the slip jigs weird time signature. That’s something I will
listen out for. I will have a think and see if I can do something. I
suspect the same technique will work but the last stage may cause a
headache trying to set 3/8 time.