Can anyone recommend a budget USB interface that’ll work with a Linux machine? (I fond this same question regarding “Firewire interfaces”, sorry for the stealing…hehe)

How about the M-Audio Fast Track Pro?

I picked up an Edirol UA-3D for $20. That seemed cheap enough.

M-Audio Fast Track pro user here, no issues for a “solo” muscician, ony tough to set it up to 24 bit, you can read about it here:

Will work fine out of the box at 16 bit.

thank you very much for the replies.

I’ve been using a Lexicon Lambda that I picked up used on eBay. It works fine for my use.
Base rates only, i.e. 44.1k and 48k samples/sec, no 88.2k or 96k support.
I don’t know how to verify for sure that 24 bit works as expected, but /proc/asound/card0/stream0 has two sections, with one format string as S16_LE and one as S24_3LE, which I expect means that it supports both 16 bit little endian and 24 bit little endian.

Only two inputs at a time, but the interface does have separate line input and mic input, with 48V phantom available. No S/PDIF. 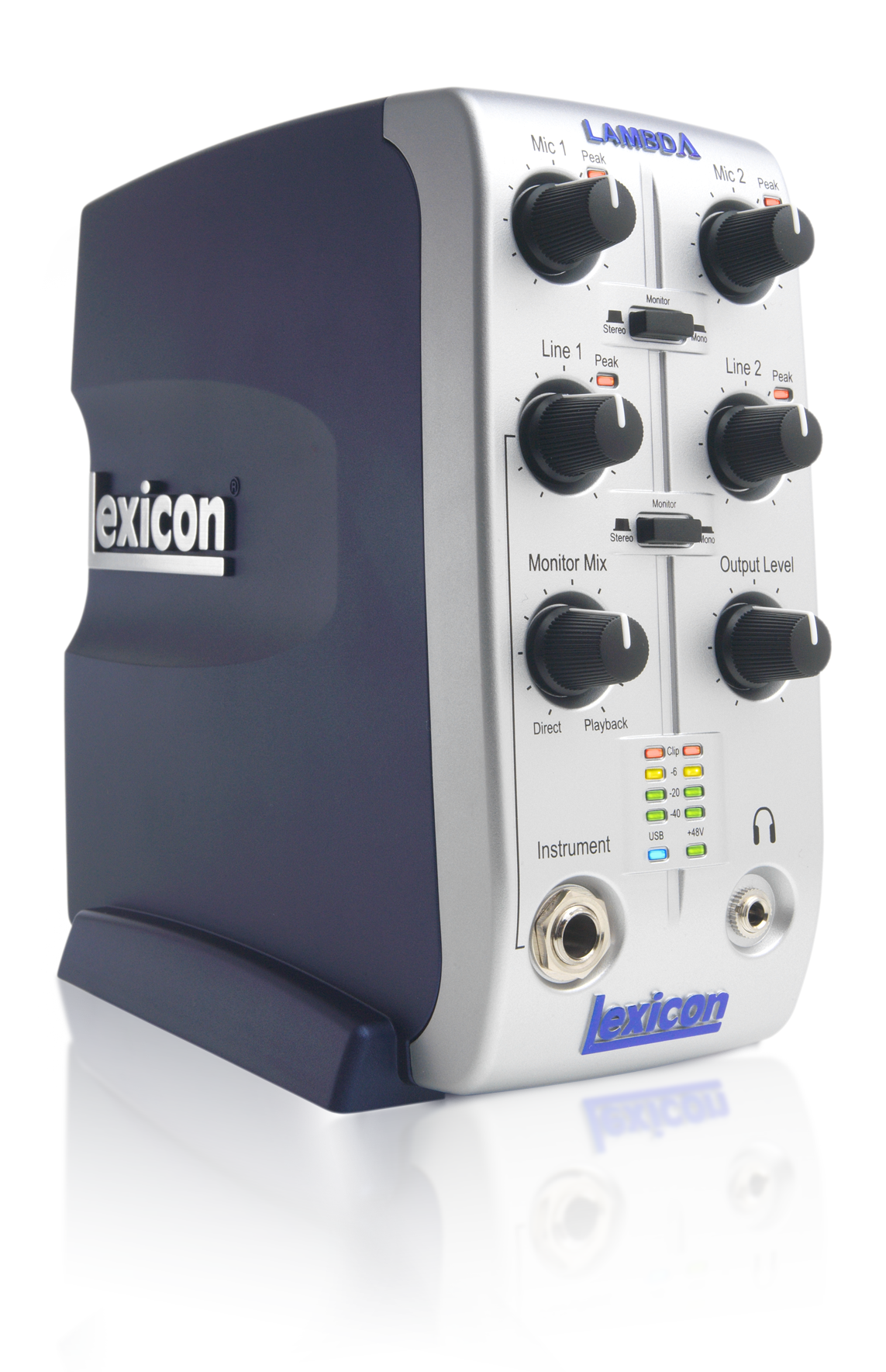 Due to updates to Mac OS X, El Capitan is not supported on the following class-compliant devices:...

I haven’t compared a Fasttrack Pro, so I can’t really offer any comparative advice, just that the Lexicon works for me.

I use the built-in HDA Intel audio interface chip 92HD73C1X5 on my laptop, which apparently does 2 channels of 24 bit 96000 Hz input. I did a more or less careful comparison with the M-Audio Fast Track Pro, but I didn’t have time to write down numbers before I returned the FTP. I could not find any evidence that the USB interface was better in any way. But you have to be careful not to use the built-in preamps, which I found much more noisy than the FTP. I use external preamps on a Behringer xenyx 802. I put all the gains in the alsa mixer to zero, except “digital” which the kernel docs say should be at 50 for neutral. Used a large diaphram condenser mic (AT2020) so the preamp gain should be relatively low. I could not detect any electronic noise above the preamp noise: disc, gui activity etc. seemed to have no effect. Setting the master fader to -infinity on the external mixer and normalizing the resulting recorded track to 0db, I found no effect from moving the cables around, or the mouse, or keyboard, etc. I also tried to side by side acoustic guitar recordings with the internal card and the FTP and listened to the results toggling back and forth and found no difference, but I am far from expert.
I did not get particular drivers for the FTP (eg, I think it was in 16 bit mode). It’s “common knowledge” all over the net that built-in sound cards are terrible compared to stuff like m-audio, eridol, rme, in terms of noise and harmonic distortion. Maybe it’s true and one can demonstrate it, but after trying pretty hard, I found no evidence, so for me personally a USB two-chanel interface is not worth the cost and hassle.

Hi
I use behringer UCA 202 16bit… very cheap but also very effective…you can find nice reviews too…with linux it works great…no installing!.-)
Tried with ubuntu and mint. And I was always very sceptical about behringer products:-)
http://sutros.com/songs/14778 -some recent record with UCA 202…it isn´t usually used by musicans due to its 16bit limit but for me it is fine:-)
Very big disanvantage is that you´ll need some mixer or preamp…If you don´t have one, it will be a problem!!!

My first and recently purchased usb interface is an Alesis io2 Express (around $100). I’ve enjoyed it quite a bit. I think the main thing to watch out for with this is that it is 24-bit only. I’ve used it with mic and guitar simultaneously and it was lovely. I’m running ubuntu, btw.