Bone Walker is an original soundtrack album for The Free Court of Seattle book series, the second volume of which just came out along with the soundtrack. 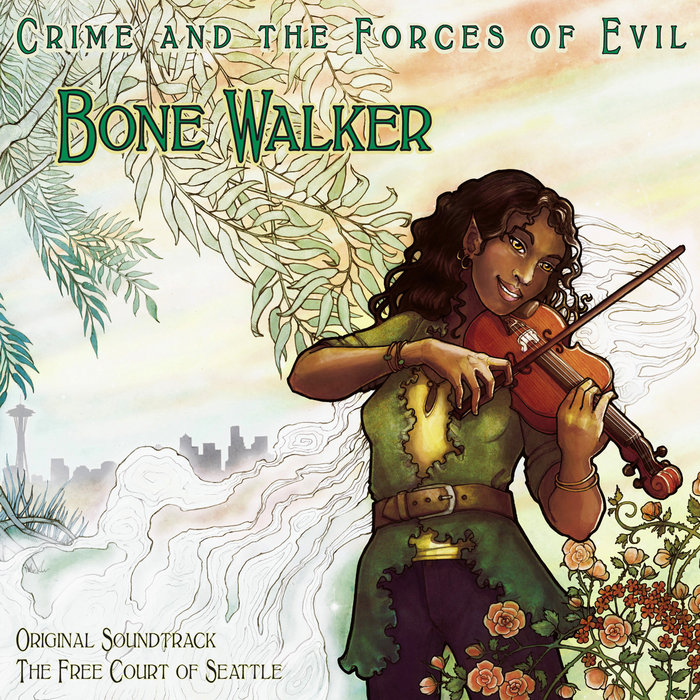 Bone Walker, by Crime and the Forces of Evil

We have a lot of different kinds of material on here - originals, Newfoundland Celtic, instrumentals, readings, and a couple of bonus tracks, including a remix by Klopfenpop, and almost all of it was recorded on Ardour at Supervillain Studios in Seattle, Washington, my personal studio.

Almost all of it is live instruments. Alexander James Adams’s parts (fiddle on one track, vox on one track, drums on three) were recorded at his studio in Madison, Wisconsin, and Klop did his remix on his own rig, of course. But those are the only exceptions. We also did some MIDI work, with Ardour driving SoundFont MIDI for the tubular bells.

We are really, really proud of how this album came out, particularly with all the external shit that came down during it (including four rounds of eye surgery for me personally), so… yeah. Play this thing OK!

Great production! Must have been quite an undertaking just to write, organize and lay out on top of actually getting the recordings down… Nice punchy and clear sounds especially considering the mostly acoustic content. I personally think the vocals are a bit dry and lack some of the crispness of the acoustic instruments, but I realize they are just as much narrative as vocals so perhaps you didn’t want to risk the intelligibility with added effects. Admittedly I’m just a casual listener and not familiar with the books and characters… Congrats and kudos on your project!

Thank you very much!

Indeed, you pretty much put your finger on it - the target audience is extremely lyric-clarity-sensitive, so I backed way the hell off any sort of processing on them - enough to integrate them into the music, and nothing more. Since I was paid up front in part for this (via a Kickstarter - this was conceived as a Kickstarter stretch-goal project and got well out of hand afterwards) I wanted to make sure they were happy with that. I’m glad the storytelling part holds up for people not familiar with the books, too - you’re the first to mention that specifically. Thanks!