Black Hole, by Bones in the Walls

We just released another track from our coming album, again made 100% in Ardour on Linux.

Another of our curious Indie Rock/Folk/Americana sound, this one is darker and heavier with a cool southwestern groove. Reminds us of a heavier Calexico. We really liked making this one, and I think 90% of it’s cool vibe comes from heavy use of Steve Harris’s reverse delay plugin.

As per usual for our 2 person group, here is our gear:

And here are the plugins used:

Feel free to ask about anything you like, I’m an open book when it comes to sharing how things were made or done. And again, thanks you so much to the whole Ardour team and forum contributors. This software is such a wonderful product. I’ve been using it for a good 2-3 years now and I’ve never been happier. I’ve swapped between Reaper and Ableton helping others with their projects but am always so glad to come back home to Ardour where I feel I can REALLY control what’s going on. You have a lifelong fan! 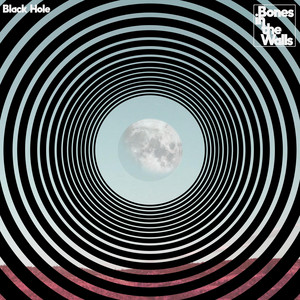 That means a lot. Folks seem to find my vocals pretty divisive-- you either like them or hate them. And production has been a slow learning process, so It’s good to hear I’m on the right track. Thanks for the comments for sure!

Since you posted Unknown Worlds, I’ve become a big fan of Bones. And I just love your vocal style. It’s been a long time since a newish band drew me in so much.

I bought ‘Black Hole’ the day it released. Really looking forward to the full album release.

Funny you should mention the Steve Harris reverse delay. I just used that the other week when I had a sudden desire to see if I could pull off an authentic-enough sounding bassline from the original Doctor Who theme. Worked pretty well, I think. There are some gems amongst those LADSPA plugs.

Very much appreciated, we’re glad to hear you dig our sound and support our music! And yeah, that Reverse Delay is a new staple for me. I love the atmosphere it adds.

The full album is very close to done. Last week we finished the last recordings and mixing. It’s only finishing touches and mastering the last tracks at this point. I may drop one more single to buy myself some time while we finish the rest of it, but I expect the full album will drop September.

looking forward to the album

Folks seem to find my vocals pretty divisive-- you either like them or hate them.

Well it’s not what I’m into, but I still think the vocals and the production are great. Keep up the good work.

I’m not very knowledgeable about this genre, so this might not be worth much, but this song reminds me of Interpol.

Thanks for the listen and the comments! I’ll definitely take them as compliments. I’m a big fan of Interpol’s sound and anybody else who has that sort of vibe (She Wants Revenge, etc). So if we’re evoking anything close to that, then I’m glad.

Thanks for the comments! It’s great to hear affirmation that we’re on the right track and making decent stuff. Haha, and we liked the

emoji as well! Right on theme for the album.