Audio cards that work with Linux

Hello all. I have been using M-Audio Delta 66 as long as i can remember, but the past couple years, things have changed: the Rev.E flavor of the card is not being recognized and ultimately not working despite hacks and tricks.

My other sound card, a Lynx L22, is not supported by Alsa at all. There is an OSS driver for it, but since most modern distros include pulseaudio, one has to be a Linux expert (it seems) in order to surgically remove pulseaudio and replace it with OSS and live with the myriad of incompatibilities with several apps.

So, i would be most happy if someone would responsibly suggest an audio card that actually works in Linux, is not an Asus Xonar (yes, in desperation i tried that too), is not a Soundblaster, and - if possible - is still around for buying it.

A working midi interface would be nice too, but not as important.

Details, such as i/o channels, usb or firewire, price etc, are irrelevant at this point: i have spent a serious amount of money, and i know i will be spending some more in order to have a linux system with professional audio capabilities… so, let’s try to not waste money from now on.

Sorry to jump in with a question, but I have just bought the 1010lt after hearing it was compatible, but I am having trouble with the software in ubuntu 10.04. Any thoughts? What programme are you using to route it in fedora? Any help would be incredibly appreciated.

Thank you all for contributing.

Of course i am aware of the alsa project home page and its inaccurate catalogue of “supported” soundcards… “inaccurate” in the sense that m-audio delta 66 is stated to be supported, while in fact everyone on the internet is reporting that it is not, after the Rev. E. thing.

Also, the alsa-project home page treats all cards as equal in terms of qualityh and suitability, which i always find confusing and misleading, for example i had to purchase the Asus Xonar D2 in order to discover that it won’t mix its digital input to its digital output (for monitoring purposes).

The RMEs seem to be a nice choice. Has anyone had hands-on experience with a particular model they make?

Edirol UA-25, everything always worked since ubuntu 8.04 with no incompatibilities, Payed around 100 euros for it.

The ESI Juli@ works fine. There were some problems regarding the MIDI stuff, but that’s solved…

Ubuntu 9.04 Jaunty distribution release date draws near. Pulseaudio – the future is coming up as well. I admit that it works better compare to Intrepid, however, I still want to stick to the …

re: soundcards that work (or don’t) :

You’re wise to ask around. You state you want a professional solution, in which case the UA-25 isn’t really going to cut it. I own one, but I use it only for its MIDI ports for my main machine. Due to technicalities of USB it’s difficult to get very low latency from it.

If you have the money you might also consider an RME card, but you’ll have to ask other people for advice on that hardware.

RME is the best audio interfaces that are supported on Linux. I have heard the firewire interfaces are now supported, but the PCI/PCI-E cards should all be pretty compatible and I would lean towards one of them first. These are also some of the better supported cards on Linux as well.

Which one exactly you should get depends on your needs of course.

You haven’t said anything about what capabilities you actually need, so its impossible to provide more detailed answers.

Name the model, someone probably has experience;)

The RME cards are the most reliable choice. They are the workhorse for pro audio on linux for years now. You can buy anything from the HDSP series, it will work right out of the box. From the HDSPe series, the same is true for the MADI card, and if you are the adventurous type, you can have support for the RayDAT and newer optional modules like the TCO with an external driver.

RME interfaces scale up to 64 channels IO per card and setups can easily reach five figure regions with multichannel setups. It’s up to you what level you need

Another thumbs-up for RME - been using their HDSP Multiface (PCI) since 2001 (since 2006 on Linux), it never made trouble.

I used a Terratac Phase 88 Firewire on a linux setup for a long time, stable and solid. Not much available in terms of on-board mixing (when using linux), but as an 8/8 audio and 2/2 midi interface, with analogue preamp controls on the front and 2x XLR with phantom it is an excellent bit of kit.

Hi and sorry to hook up this thread but I have a similar question:

I recently bought a laptop and the soundcard… well is an built-in Intel HDA thingie that isn’t very suitable for my needs and I don’t really trust it. Could someone give me some advice on what to buy? USB/Firewire Interface. What I want:

What I don’t need:

That’s pretty much everything. Actually there’s quite a few of those Alesis or Yamaha USB-“Mixers” and M-Audio stuff out there but I’m not so sure about their audio-quality. I want to record mastering-ready stuff with this equipment.
Ah yes, and it should be Linux-compatible, price could be between 200 - 400/max. 500 euros.

Thanks for any advice guys!!!

Ok, not sure if you meant me now with your proposal philip8888 - I need a USB or Firewire device since I want to run this thing with a laptop.
I did some research now and I figured out that the Lexicon Omega Studio might be pretty much what I need… 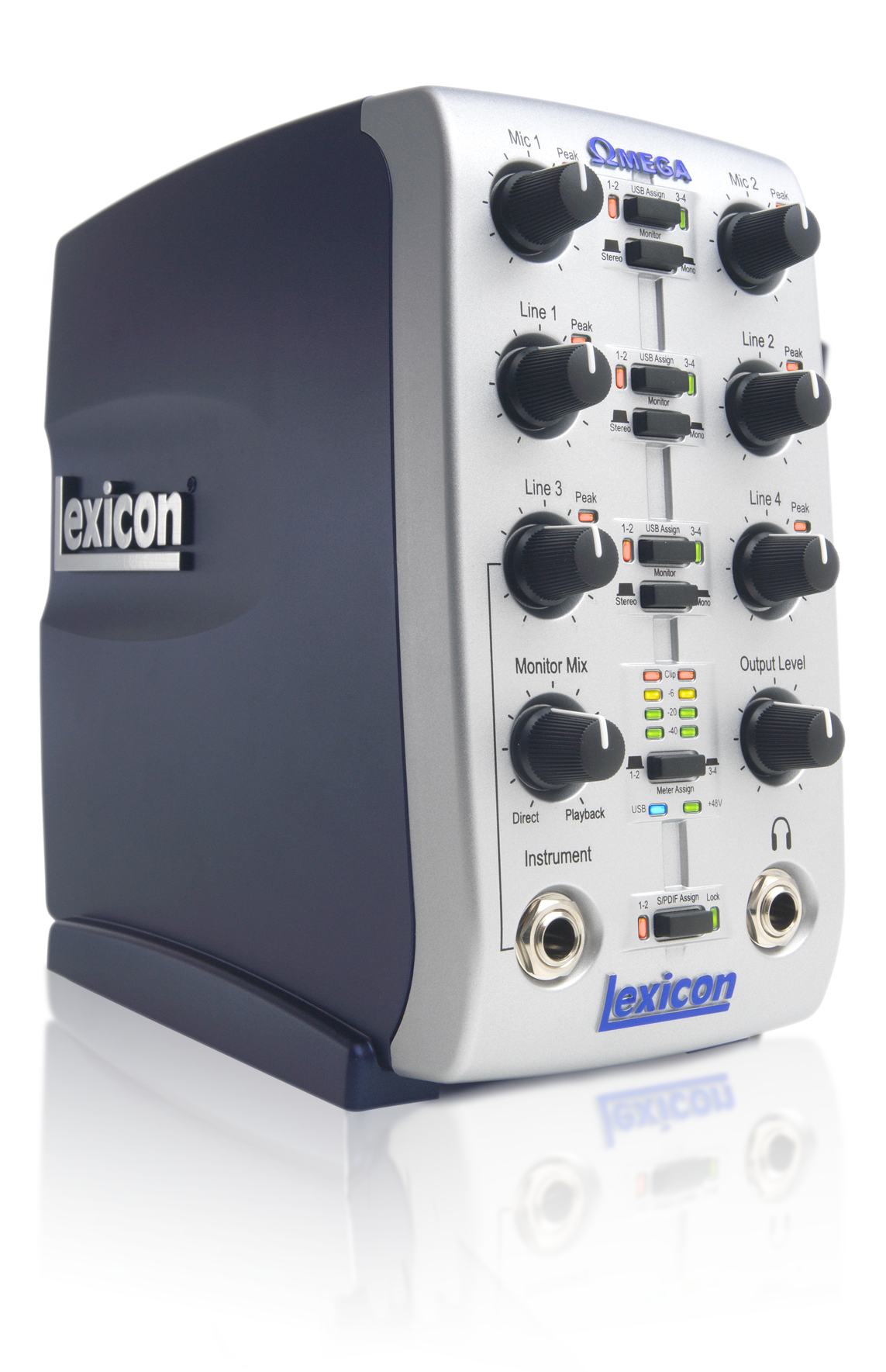 Due to updates to Mac OS X, El Capitan is not supported on the following class-compliant devices:...

Does anyone have experience with this soundcard?

I have a USB device:

M-Audio Fast Track Pro, work well out of the box in linux except only will record and playback at 16bit, patching and recompiling kernel has enabled 24 bit for me.

If you need more info just let me know.

Another vote for RME. The RME HDSP 9632 works great, and the hardware mixer application (HDSPMixer) is top notch. I’m running it under Ubuntu 9.10 right now.

After wasting time with a Presonus Firewire interface and a Soundblaster X-Fi, I’m sold on RME equipment. You get what you pay for.