Ardour 7, tracks out of sync

I recently upgraded to Ardour 7 and decided to record an idea before I forget it.

Is that anything I’m doing wrong, have misconfigured, or just bumped into a bug with new time implementation?

FWIW, I just tried to replicate your issue on my Linux box, without success:

Aside from the fact that I forgot the chord progression while playing the guitar, the playback sounds like what I expect: no synch issues. 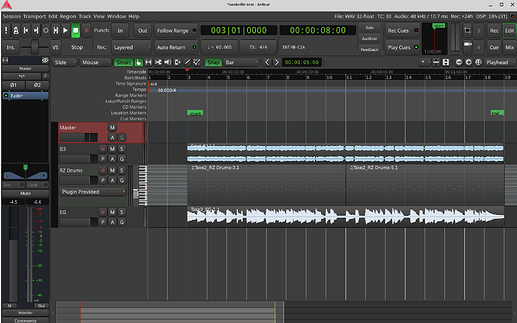 Any chance you got a large value entered into the hardware input latency and hardware output latency fields that is causing Ardour to make excessive latency compensation?

I switched from Wayland to X and the problems seems to be gone, as well as GUI freezes/lags.