Any TouchOSC folks here who could help a newbie filter packets from Ardour?

I’m really close to having a working-model of a mixer strip in my first-ever TouchOSC<–>Ardour config. It sends to Ardour and updates the corresponding strip. And conversely, changes in Ardour update the TouchOSC strip. I thought I had it working until I realized that changes to any Ardour strip (not just the one I want to control) will update my TouchOSC strip.

This is definitely a problem with my TouchOSC setup, not Ardour (I’ve got all this running correctly in PD, but I’m trying to deliver a touch-based controller to my concert-leader). So I won’t belabor this request here, but I am hoping to find somebody who’s using TouchOSC to control a multi-channel Ardour session with dedicated sliders who can show me how to filter the incoming OSC messages in TouchOSC. Rght now mine is responding to /strip/fader packets from all channel-strip addresses, rather than only responding to the target. This is a newbie-mistake for sure. 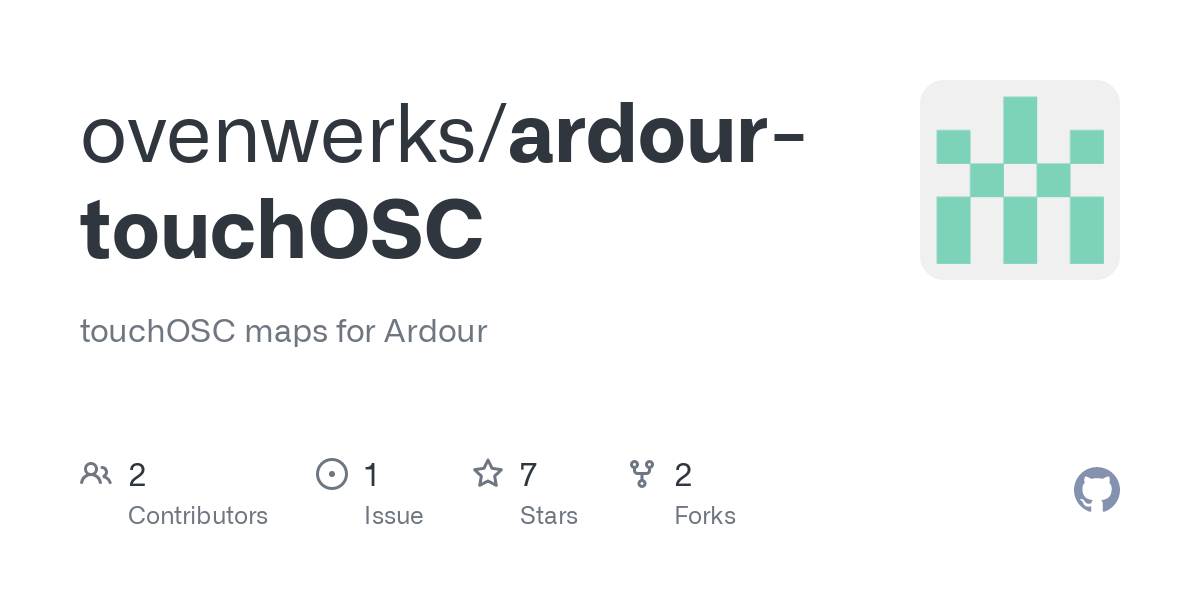 touchOSC maps for Ardour. Contribute to ovenwerks/ardour-touchOSC development by creating an account on GitHub.

Mirror of Ardour Source Code. Contribute to Ardour/ardour development by creating an account on GitHub.

Just load them into the TouchOSC editor and see how they are done.
I do not know anything about the new version which is more complex I am told but I have not looked at it.

Thanks for those links. I’d found the Overnwerks ones, but hadn’t come across Robin’s brilliant layouts. The Mixer one is perfect for what I’m trying to deliver and I just spent an hour or so tinkering with it. The nice thing is that they load into the new version and so I was able to confirm a few things.

I’ve just barely scratched the surface with the original version (just loaded it, and realized that I need to set up all the “bridge” infrastructure to an iPad, which isn’t required when editing in the new version). Running Robin’s template in the new version suffers the same problem mine does – it works fine as-written as a “push” device where it is the only source of input to Ardour, but it doesn’t respond to changes if they’re made at the Ardour end. Modifying it to respond to changes is where I get into trouble.

I have a day on a tractor in front of me – I’ll report back again once I’ve got it running under the older version. Thanks again.