Inspired by the legendary smooth, effortless control and uniquely musical character of the classic Fairchild 670 limiter, the ACM70 emulates the weight and authority of a high-end vintage mastering compressor / limiter - taming dynamics without robbing the mix of power or detail. 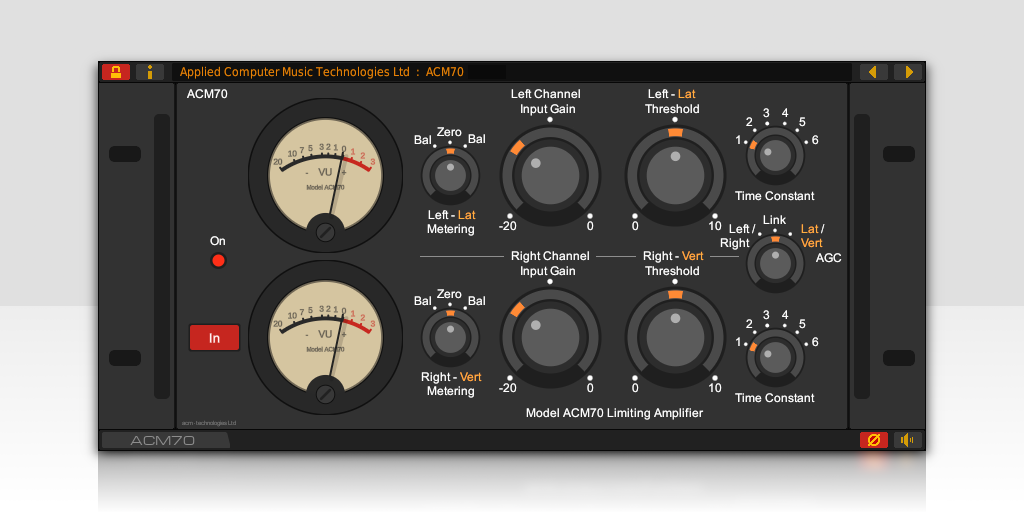 The ACM70 is an ideal addition to the master buss of any DAW together with the ACM-2A and ACM-5A EQs, while the ACM500-Series provide channel EQ and dynamics processing inspired by classic analogue recording console design.

How does this differ (apart from the obviously modernised panel appearance) from the OvertoneDSP FC70 which I already have and use constantly?

What we wanted to do with the ACM-Series plug-ins, was to build on the DSP from the OverTone range, to provide a high-end solution for professional (or aspiring professional…) users who might be considering - or already use - Linux for audio production. This also allows us to make improvements without changing the aspects of the original OverTone range which users have come to appreciate.

The ACM500 for example has improved filters, modified control ranges, and the addition of a high-pass filter compared to the EQ500, while the ACM510 has a side-chain HPF and a more ‘analogue’ standard reference point of -18dBFS for 0dBu than the original DYN500.

Similarly the ACM-2A and 5A have updated transformer / tube amp models and again a more standard reference point. The ACM70 has fewer obvious changes - though it shares a lot of the improvements ‘under the lid’ in things such as the UI engine and other non-DSP related code. The main thing is it completes the range so you can now have a complete set of modern VST / VST3 plug-ins to easily create a Linux based virtual analogue workstation setup. This is what I currently use for example: 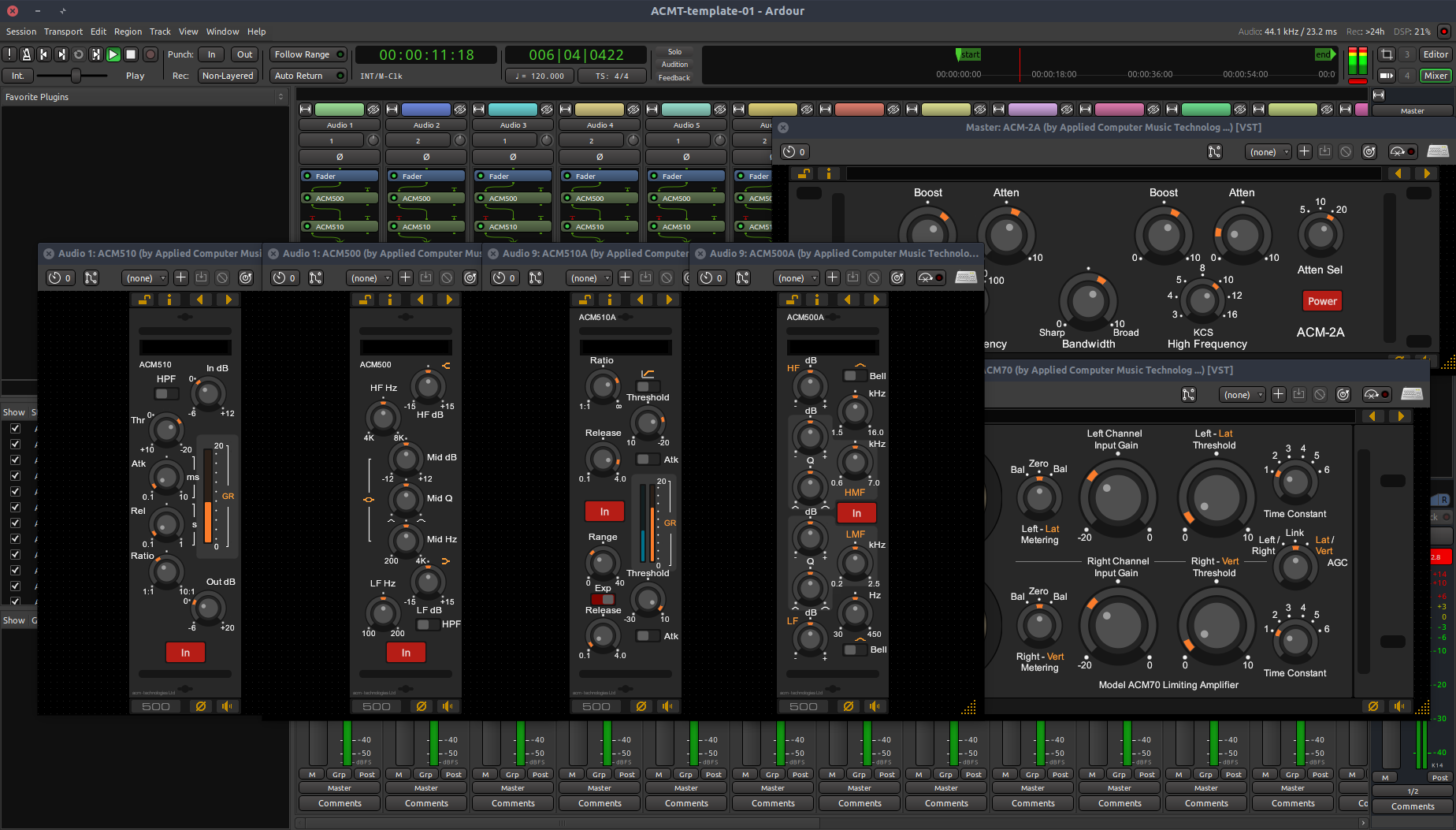 Any plan to create a Linux Audio Guru Bundle or something like that has all the ACM series plugins?

And… version 3.0.1 is now available - this is a minor update to all the ACM-Series plug-ins which addresses an issue that could cause instability when resizing the plug-in GUI in host applications which are not able to implement VST3 resizeView reliably.

Thanks for taking a look at that.

At this point I would still recommend using VST2 in preference (at least in Ardour) because it seems there are still some bugs in Ardour’s support for (resizable) VST3 GUIs. I have filed a bug report

The VST3 plug-ins have now been updated to V3.1.0 - this is a significant change which provides better integration with the VST3 hooks into the host application UI / Graphics thread, which should help resolve any remaining stability issues when resizing the UIs.