Drumgizmo’s behavior is considered, normally, the correct and superior behavior for sampled acoustic instruments, because of non-linearities in the way the instrument responds to being hit/blown/stroked/strummed “harder”.

Yeah but man ca admit it is allmost good/sufficient for electronic or ryhtmbox uses .

For sure i wont do a rythm and blues song this way, but is stands good for a quick techno track.

What is the aimed genre @peter.zenk?

Still I’m not fully sure what I’m aiming for, something new, whatever this will be, maybe a ringing kick combined with an electronic snare, whatever, the sky is the limit.

For traditional sounds I’m totally happy with the AVL drum plugin which I will continue to use.

So, I’m still collecting info on all possible scenarios, kind of a feasibility study …

For electronic and rhymthbox use I would just use a soundfont with a-fluidsynth. There are plenty of the drum-machine soundfonts available out there for free.

The issue here is, if I for instance during mixing I would like to have more snare then I would have to go into all my midi files and edit the velocities.

The other thing with SF* players: I can only have effects on the whole kit, and not just process the snare directly. That’s where the direct outputs are very useful

Another thing I just learned: the SFZ has an parameter for randomization. Just had a look at the Salamander drum kit.
It has samples per velocity layer, AND different samples on the same velocity layer played in a random way (which can be adjusted)
This is nice!

Here is my proof of concept for DrumGizmo: a nano drum kit, 8 voices,1 sample per voice, 7 stereo outputs
I can load it into DrumGizmo 0.9.18.1 running inside Ardour 6.0, responds to all velocities

I want to clarify a few assumptions about DrumGizmo in this thread.

With all this said, we would really appreciate if people create smaller kits for DumGizmo and we are also happy to host kits on the official DrumGizmo site. Finally, there is a nice tool by Michael Oswald to create DrumGizmo kits from existing samples libraries. He made a video explaining his tool: 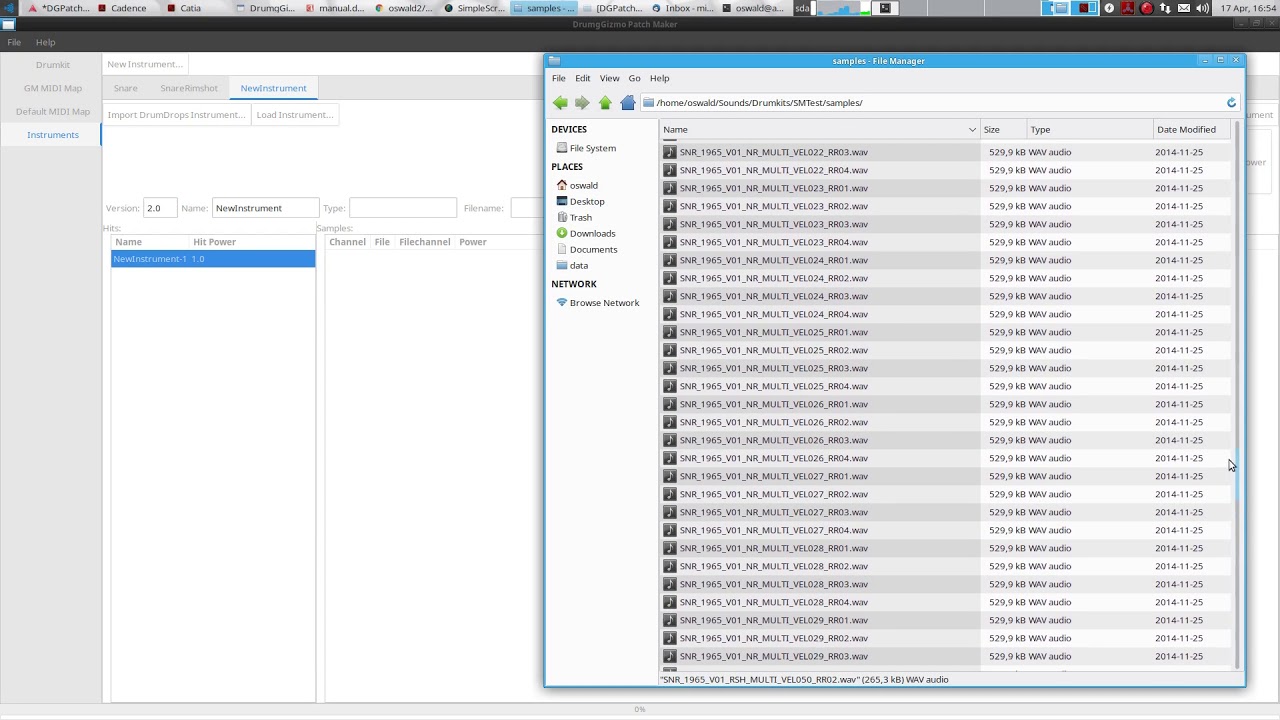 I don’t know if it would help but I’ve created a kit for DrumGizmo that I’m suppose to release this month. It comes in two flavor, a normal 14 outputs kit and a light, stereo only version. The idea being that you can start working quickly with the light version and only bounce the individual tracks from the full version once the velocity and everything else is as you want it.
I don’t know if this workflow would suit you but if so, I could share the kit earlier (I wanted to prepare some video demos for it but it can wait I guess).
It’s a pop-rock kit.
Let me know.

I would be very interested in both the light and the normal versions, thank you!

I am also interested—especially if it comes with alternative samples for the same velocities.
Thank you!

Each of the 27 articulations has between 30 and 60 samples.
I’ll upload it tomorrow afternoon then.

Oh, yes, as I mentioned in my initial posting, I wanted to create a Python package that converts Hydrogen kits to DrumGizmo. Now I have a first prototype.

Tried on the JazzFunkKit (multi-layer, flac) and a TD-7 kit (single layer, wave), loaded in Ardour, seems to work.

Of course, I made a lot of assumptions, and robustness certainly needs to be improved, so more testing is required over time.

Later I could provide the package to anyone who would be interested. 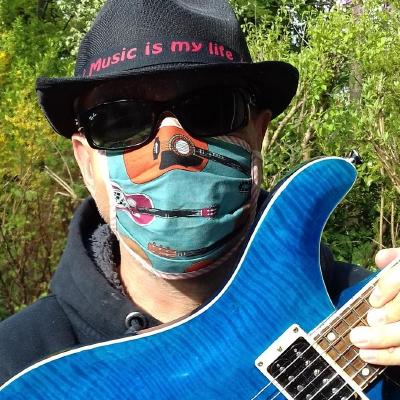 Here is my first attempt in a tool to convert Hydrogen to DrumGizmo.